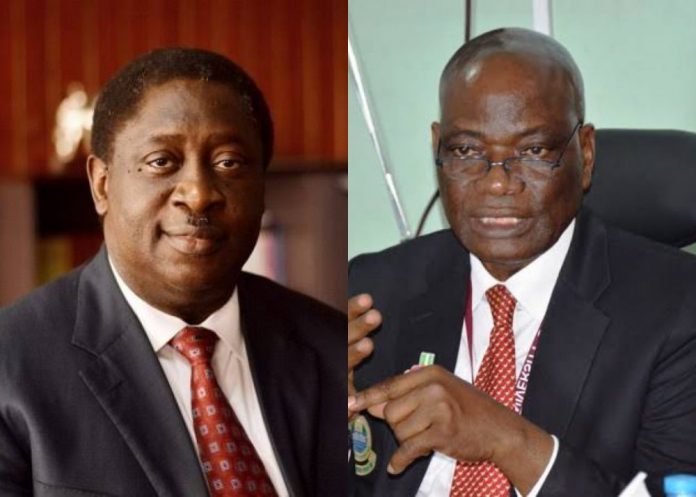 Justice J.I. Essien of the National Industrial Court on Tuesday struck out two suits challenging the “purported” removal of the Vice-Chancellor of the University of Lagos, Prof. Toyin Ogundipe.

This was after the formal withdrawal of two suits filed in relation to controversy in the university.

One of the suits was filed by Ogundipe to challenge his removal by Governing Council then under the chairmanship of the now-suspended Pro-Chancellor, Dr Wale Babalakin (SAN).

The other was filed by the Senate of the university to challenge Ogundipe’s removal and his replacement with Prof. Theophilus Soyombo by the governing council.

There was no objection to the withdrawal of both suits by Mr Tola Oshobi (SAN) who represented Babalakin in both cases.

Following the applications for withdrawal, Justice Essien struck out the suits.

He urged authorities of the University of Lagos to resolve the raging controversy in the university amicably, stressing that controversy is not good for the image of a university.

ustice Essien, who said he is a professor of Law who left teaching to become a judge, said actors in the controversy should allow peace to reign.

The judge said he was glad that the parties elected to withdraw the suit, thereby saving him from having to make pronouncements.

He, however, said having been a Dean of Faculty and member of a university Senate, “I would have determined the case properly and settled the controversy because the matter came to the right place.

“We hope that peace will reign because when two elephants fight, in this case, the grass will wither. The controversy is not good for a university,” Justice Essien said.

Osipitan assured the judge that “maturity will prevail”.