Home News UNILAG Crisis: What The Law Says On Removal Of Vice-Chancellor 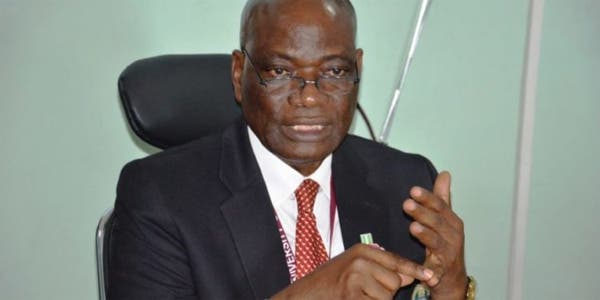 The management of the University of Lagos and the institution’s governing council were on Wednesday locked in a leadership tussle.

The council, at an emergency meeting held in Abuja, announced the removal of the university’s vice-chancellor, Oluwatoyin Ogundipe.

“In accordance with the statutory powers vested in it by Law, the Governing Council of the University of Lagos removed Professor Oluwatoyin T. Ogundipe, FAS from office as Vice Chancellor of the University with immediate effect,” the council’s secretary, Oladejo Azeez, said in a statement.

“This decision was based on Council’s investigation of serious acts of wrongdoing, gross misconduct, financial recklessness and abuse of office against Professor Oluwatoyin T. Ogundipe, FAS,” Mr Azeez, who is also the school’s registrar, added.

Mr Ogundipe fired back, saying he remains the vice-chancellor as his reported removal was “a figment” of the council’s imagination.

He urged the public to disregard “the mischievous disinformation” because even if the “purported removal” was true, “the extant provisions of the law have not been complied with” by the council.

The action of the governing council, however, appears contrary to the law establishing the university. The law vests the power to remove a vice-chancellor on the Nigerian president.

On the grounds of misconduct or of inability to perform, section 17(1) of the university’s establishment law empowers the Council to recommend the removal of any of its members to the president, who thereafter decides, in writing, whether or not the council’s recommendation should stand.

Also, section 3(8) of the first schedule of the same act vests the power to remove the vice-chancellor on the president of the country “after due consultation with the Council and the Senate acting through the Minister of Education.”

In other words, only the president has the power to remove the vice-chancellor from office.

Also, the ministry of education through its director of press, Ben Goong, said the ministry is yet to be briefed on the removal of the vice-chancellor by the council.

“While the ministry awaits for the proper briefing from the university authorities, it is important to reaffirm that council has the power to hire and fire, but that due process must be followed in doing so,” Mr Goong told Punch newspaper on Wednesday.

Meanwhile, the amended universities miscellaneous act of 2003 requires the governing council to set up a joint committee of itself and the university senate before a recommendation to remove a vice-chancellor can be forwarded to the president.

However, a human rights lawyer, Inibehe Effiong, said the law specific to the university takes preference.

Also, a professor who represents the university’s senate in the governing council, Bola Oboh, who said he attended Wednesday’s emergency meeting, said in a statement that the removal was based on an earlier report but was wrongly done.

He alleged that the vice-chancellor was denied the opportunity to defend himself before the Pro-Chancellor called for a vote for the removal of the VC.

“Dear Senate members, the University of Lagos regulation has been stepped on and ridiculed. Babawale Babalakin, the ProChancellor waited for the tenure of Prof. Chukwu and Prof. Familoni to end, to call an Emergency Council meeting. Based on the Dagari report, without allowing the VC defend himself, the ProChancellor called for a vote for the removal of the VC.

The perennial conflict between the university’s management and its governing council worsened in March when its week-long 2020 convocation was abruptly cancelled.

The cancellation, which was ordered by the NUC, Nigerian universities’ regulatory body, was in response to a directive by the education minister, Adamu Adamu.

The exchanges between the two officials were condemned by relevant stakeholders including graduands, parents, alumni and the university’s staff.