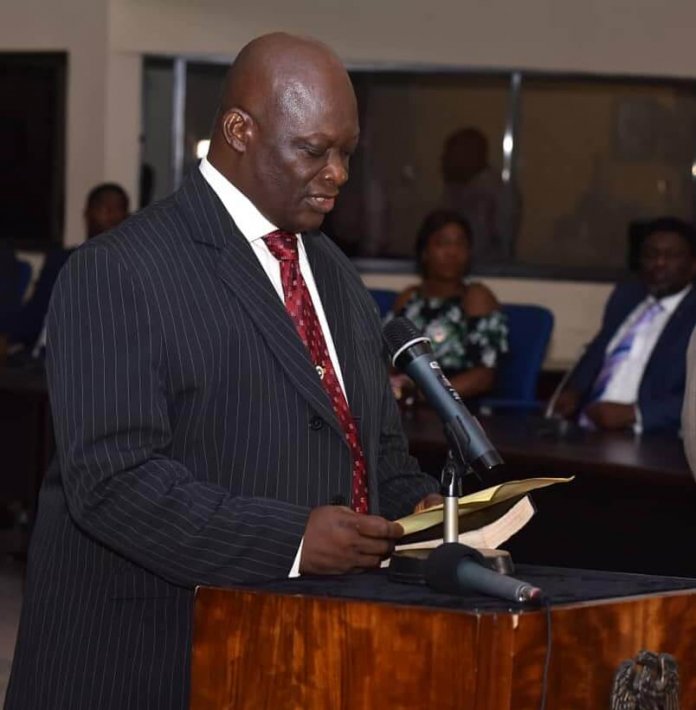 Gov. Ben Ayade of Cross River has sworn in Justice Maurice Eneji as the Acting Chief Judge of the state.

This followed the non-confirmation of Justice Akon Ikpeme as the substantive Chief Judge of the state by the Cross River House of Assembly on Monday.

Ayade said on Tuesday in Calabar that the swearing in of Justice Eneji was imperative as law and nature abhored vacuum.

He congratulated the acting chief judge on his appointment and urged him to dispense justice without fear or favour.

“I urge you to dispense justice without fear or favour. You need to have fairness of mind. The law is blind and should not be sensitive to religion, ethnicity, colour or any other affiliation.

“We ask that the leadership of the judiciary under you should be very exemplary and should be such that every other state would like to emulate.

“We know your background and believe that you are competent, capable and worthy of this office.

“Cross River is known for fairness and equity. We are opposed to anything that is repugnant to natural justice. Our people are not known for bias and prejudices,” he said.

Ayade said as governor, he had taken several decisions in the past to ensure equity and fairness in the distribution of government positions.

The governor said such decisions were taken so as to have a balanced representation across the senatorial zones in the state.

Responding, the acting chief judge pledged to carry out a number of reforms that would aide justice delivery in the state.

“My appointment came to me as a beautiful surprise. I am coming to the office with a mind to listen.

“The sacred duty of a judge is to listen before adjudicating. I will listen at all times to ensure that justice is served at all times”, he said.

Justice Eneji also promised that the judiciary under him would be tough on criminals.