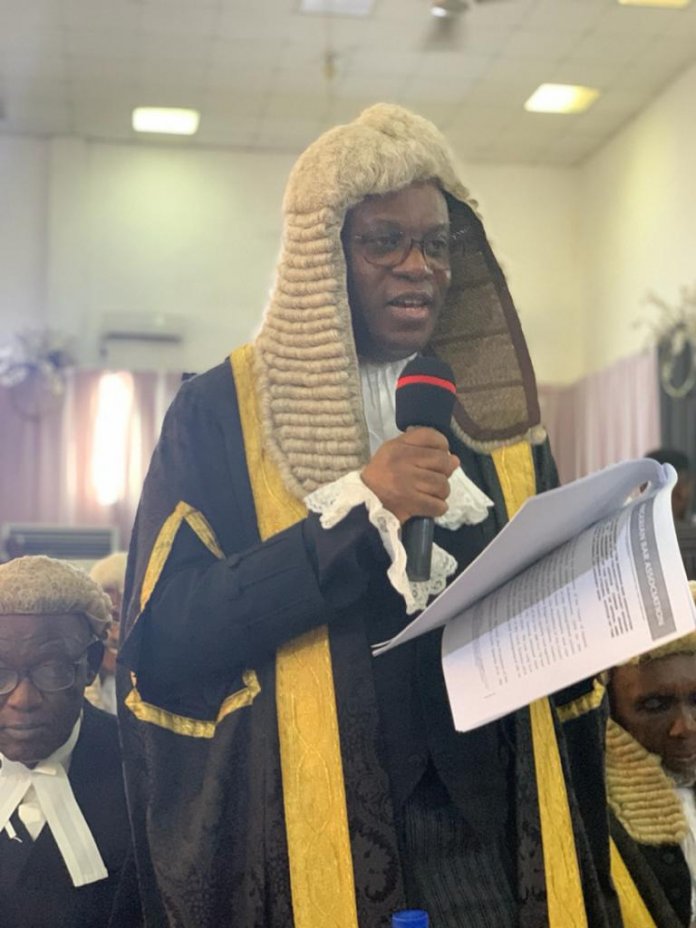 The double-barreled celebratory session was in honour of Justice Bulkachuwa who flagged off her valedictory visits to the various Divisions of the Court of Appeal ahead of the mandatory retirement on 06 March 2020 and Iyizoba JCA who retires today from the Court of Appeal.

Below is the NBA President’s speech at the event which was held at the Court of Appeal Enugu Division.

Maikori’s Lawyer Has Freedom of Expression: NBA to Kaduna Govt.