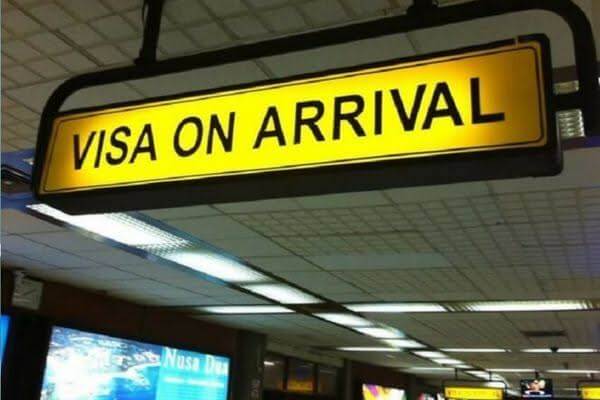 Despite the objections raised by the Senate and reservations expressed by some Nigerians about its visa-on-arrival policy for Africans, the Federal Government has commenced the implementation of the new visa regime.

Sunday PUNCH findings revealed that the visa-on-arrival policy commenced on January 1, as planned. Also, the Nigeria Immigration Service has deployed a new border management security system in four airports across the country.

The President, Major General Muhammadu Buhari (retd.), on December 11, 2018 at the Aswan Forum for Sustainable Peace and Development in Africa, in Cairo, Egypt, announced the visa-on-arrival policy for Africans.

But, the announcement was greeted with criticisms by many Nigerians who believe the policy might worsen the security challenges facing the country.

The Senate on the basis of the above summoned the Minister of Interior, Mr Rauf Aregbosola, and the Comptroller General of the Nigeria Immigration Service, Muhammed Babandede, to brief them on the policy. Thereafter, the senate held a debate and at the conclusion of the debate, the President of the Senate, Ahmad Lawan in his remarks, called on the Attorney General of the Federation and Minister of Justice, Abubakar Malami, to forward all treaties and agreements entered into by the Federal Government to the National Assembly for ratification.

Lawan thereafter threw the matter up for vote and a majority of the senators voted against the policy. But according to Sunday Punch,  findings on Saturday showed that the immigration service had begun the implementation of the policy.

Lawyers, especially Senior Advocates of Nigeria, who spoke with Sunday PUNCH on Saturday, were divided over whether the visa-on-arrival policy needed the approval of the National Assembly.

A SAN, Sebastine Hon, said the President lacked the power to begin the implementation of the visa-on-arrival policy without it being first enacted into law by the National Assembly.

Hon said the implementation of the policy without the parliamentary validation through the making of a law would amount to usurping the powers of the National Assembly.

Another SAN, Ahmed Raji, however, argued that the National Assembly’s intervention was not required in the implementation of the policy, but queried the rationality of the policy.

He said, “I do not think executive powers require the intervention of the parliament. It is a policy for a particular purpose. But the question is, is it a desirable thing? If we allow everybody to come to Nigeria, is that what we need. Can’t we learn from the United Kingdom has gone through with the European Union which is not making them to opt out.

Another SAN, Yusuf Ali, said it was a policy and not a treaty. He stated that since it was a policy, it was within the confines of the executive arm of government to give directions without necessarily going through the National Assembly.