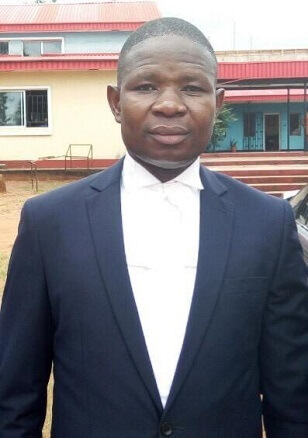 I have just gone through a Sahara Reporters’ news report published under the head, “Imo Government Queries Journalist For Demanding Three Months Unpaid Salaries” (published on www.saharareporters.com), which states, in part:

“The Imo State Government has queried a senior editor with the Imo Broadcasting Corporation, Mrs Ottih Vivian, for complaining of non-payment of her salaries and that of her colleagues. Ottih, a lawyer, had on May 4 in a Facebook post pleaded publicly to the state government to pay her colleagues and herself their over three months salaries…. entire staff of the only electronic media establishment owned by the state Imo Broadcasting Corporation (IBC), the famous Orient FM and Television have not received salaries for the month of February, March and April. It could be that His Excellency is not aware of this ugly situation…. the worst of the whole scenario is that, I … who just put to bed barely three weeks now, [am] languishing in hunger, lack among others. During the COVID-19 lockdown era, IBC staff were never found wanting on their duty post doing what they know how best to do on empty stomach and starvation. From my omugwo domain, I learnt that many have fallen sick without any kobo to seek medical services. The situation is as bad as that. Let me stop here so far as we wait for a fast positive response and reaction from His Excellency.”

I have also gone through a copy of the query said to have been issued to the affected civil servant, Mrs Ottih. In the query, dated May 8 2020, and signed by one S. O. Osuchukwu, for the Ag. Director-General, Imo Broadcasting Corporation (IBC), Mrs Ottih’s action was described as “ridiculous” and done “with the sole aim of sabotaging the government.” Continuing, the Query declares, inter alia:

“I am directed to issue a query to you for granting a press conference without approval from the government (being a public servant) where you informed the world that government was unable to pay your salaries… this attitude caused serious embarrassment to the Imo State Government…  ridiculing the government in the eyes of the public with the sole aim of sabotaging the government….”

I feel myself obliged to react to this development, not only in respect of the news report by Sahara and on the actions of the Civil Servant as well as her employers, with a view to, in a disinterested manner, calling a spade by its proper name.

ALSO READ   6 Cases You Should Never Take to Court

Constitution Amendment: You Cannot Achieve Peace Outside the Law – Dr...

Purported Sale of Gold to the CBN by Zamfara Government: Facts,...