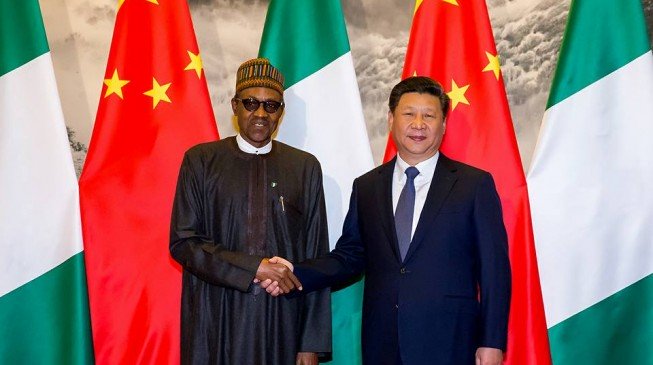 Few days ago, the social media and indeed the internet was awash with reactions trailing the discovery, by the House of Representatives, of a clause purportedly conceding Nigeria’s sovereignty to China in the commercial loan agreement that Nigeria and Export-Import Bank of China had entered into on 5th September, 2018, the purported discovery attracted a lot of controversies, lawyers and laymen alike were drawn into endless argument as to the purport of the clause viz the possibility of an impending loss of the nation’s sovereignty.This article will attempt to shed some light on this gray area and on some attendant matters.

What is Sovereign immunity?

With respect to the Nigeria/China controversy, the clause which is the subject of controversy, is contained in Article 8(1) of the Agreement, and it provides that:

“The borrower hereby irrevocably waives any immunity on the grounds of sovereign or otherwise for itself or its property in connection with any arbitration proceeding pursuant to Article 8(5) thereof with the enforcement of any arbitral award pursuant thereto, except for the military assets and diplomatic assets,”

A cursory look at the above provision is likely to suggest that the clause borders around the sovereignty of the nation and indeed a possible waiver or concession of Nigeria’s sovereignty to the Lender(China) as a possible outcome of arbitral proceedings, however that is purely a hasty conclusion, as a perusal of the provision suggests otherwise, its import being that in the event of disagreement or possible breach of the loan agreement, the Borrower, Nigeria, shall be deemed to have waived her sovereign immunity and shall submit herself to arbitration as provided under Article 8(5) of the agreement, and in the event of any award by the agreed arbitral panel such award shall be enforceable against Nigeria and her properties. In other words the clause only provides for the waiver of Nigeria’s sovereign immunity in the event of the need for arbitration and the enforcement of such arbitral award that may arise from the arbitral proceedings. The question that then begs to be answered is what is Sovereign Immunity?

Sovereign immunity is a doctrine that dates back to the era of absolute monarchs in England, it was the belief then that the king could do no wrong (Rex non potest peccare) and thereby immune to legal actions. The King who was then referred to as the Sovereign, was an embodiment of the sovereignty of the state, he was indeed the state and the state him, hence legal actions could neither be maintained against the state nor the king as they were embodied in the same person, hence the term ‘sovereign immunity’.

The doctrine also had its application extended to international law and it gave rise to the international law principle that a foreign state cannot be impleaded in the court of another state for its governmental activities carried on in that other state, as all sovereign are deemed equal and thus one sovereign cannot lord over the other, this is represented by the latin maxim ‘par in parem non habet imperium’. This principle was given judicial imprimatur in the case of The Parliament Belge (1880) 5 PC 197, where the court held that a sovereign state cannot be subjected to the jurisdiction of a foreign court for its governmental activities in that foreign state. The scope of the sovereign immunity was so wide that it applied to trading activities of the government of a sovereign state in a foreign state and thus occasioning substantial injustice to the adverse party. See The Porto Alexandre (1920) 30.

Sovereign immunity is only a legal doctrine giving immunity to a sovereign state (Nigeria in this case) from any order, injunctive relief or other execution of any judgment or award against her assets, even if made as a consequence of breach of a valid contract. It only means Nigeria cannot be sued in another country, except she agrees to it.

The question of sovereign immunity arouses passion anytime it is discussed, a further outburst of passion is noticed, when a waiver of same is contemplated by a sovereign nation as seen in Nigeria/China episode.

ALSO READ   Does the Law Support the Grant of Posthumous Pardon in Nigeria? - Chidera Nwokeke

The question then arises as to the need for the waiver clause. It should be noted at this point that, sovereign immunity has 2 (two) separate arms: immunity from prosecution and immunity from enforcement of judgment

When judgment is given, what happens next is enforcement, and a sovereign state is also immune against enforcement of judgments against her and her property, albeit this admits of certain exceptions, one of which is waiver of immunity against judgment or arbitral award as the case may be, and this waiver is best expressly made by the sovereign as an assurance of readiness to comply with the agreement made with the other party and because it is a better security for the contracting party.

Waiver of sovereign immunity is an international fair standard provision in transnational loan agreements between foreign lenders and a sovereign state or its agencies (which are also immune to legal actions in this regard).

The waiver here does not in anyway imply ceding the nation to China, it is to make the borrower(Nigeria) subject to arbitration proceedings in case of disputes with respect to the loan agreement.

Without a waiver of sovereign immunity, it may be difficult for countries with low credit rating to obtain any form of substantial financing. Nigeria’s case is even peculiar, owing to her negative pledge with the Bretton Woods Institutions(BWIs)- The World Bank and the International Monetary Fund(IMF). So any lending nation would want an insertion of this kind of clause to stave off any likely problems that may clog the easy recovery of the loan granted.

Nigeria waiving her sovereign immunity means, she has agreed to allow herself to be subjected to arbitration proceedings in case she defaults on the loan agreement with China.  The waiver is to allow for enforcement of security/collateral for the loan,if Nigeria defaults on the loan. It does not mean ceding Nigeria to China.

The issue of waiving sovereign immunity is not a new one even in Nigeria, especially as it concerns commercial transactions, in which case sovereign immunity is deemed waived at the point of entering into such transactions. This came into discourse even as far back as 1977.  In the case of Trendex Trading Corp v. Central Bank of Nigeria (1977)1QB 529, the English Court of Appeal presided over by Lord Denning, MR; Shaw, LJ; and Stephenson, LJ, the CBN issued an irrevocable letter of credit to pay for quantities of cement ordered by the Nigerian Ministry of Defence. The credit which was transferred to the Appellant who shipped the cement to Nigeria. Owing to complications at port caused by substantial over-ordering of cement, the appelants’ vessels were delayed prior to discharge; the CBN then refused to make payments under the letter of credit upon the appellants applying for the same in respect of demurrage. As the appellants instituted proceedings for breach and repudiation of the letter of credit, the CBN argued it was entitled to sovereign immunity. The Court held inter alia that, the CBN is not agency of the government of Nigeria.  The Court also went further to hold that having regards to the nature of the transaction in dispute, which was commercial in nature, the restrictive doctrine of sovereign immunity should apply.The Court of Appeal, in allowing the plaintiffs’ appeal, held that the Bank was not entitled to governmental status, as it could not be described as an “alter ego” of the state; Moreover, and in line with contemporary trends in international law, sovereign immunity should not extend to commercial transactions, and in that context no distinction could be drawn between commercial and “governmental” transactions.

In the light of the foregoing, it is safe to dispel the erroneous belief that the said clause in the loan agreement between Nigeria and the Export-Import Bank of China has the possible implication of robbing Nigeria of its sovereignty; rather it only implies that Nigeria has waived her sovereign immunity from arbitration and enforcement of arbitral award against her.

Babatunde is currently a student of the Nigerian Law School, Enugu Campus. He can be reached at solaelesintunde@gmail.com

The Unending Violations of the Rights of Nigerians to Freedom of...