Home NBA News We are Saddened by the Invasion of Courts, NBA Lagos Secretariat –... 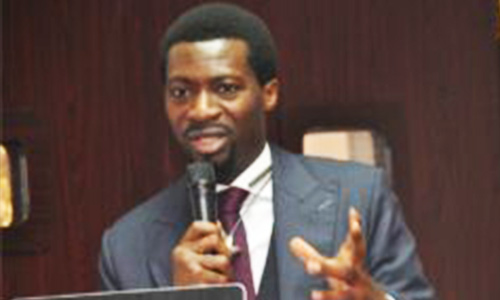 The Chairman of the Nigerian Bar Association (NBA) Lagos Branch, Mr. Yemi Akangbe has expressed sadness over the invasion and vandalization of the Lagos High Court and the NBA Lagos Branch Secretariat. Mr. Akangbe in a statement issued in this regard stated that the extent of the damages to the NBA office has not been ascertained but assured that the Executives would take steps to ensure that things return to normal at the secretariat.

On the Lagos High Court which was raised by fire, he noted that the Executives of the branch would be liaising with the Chief Judge of Lagos State on the protocols regarding future use or activity related to the court.

His statement reads in part:

We have been informed of the very sad and unfortunate events that happened at the High Court of Lagos State, Igbosere Lagos and at the NBA Lagos Branch Secretariat at City Hall. It is our understanding that suspected hoodlums masquerading as protesters invaded the premises of the High Court , vandalized various offices and made away with valuables before setting the court premises on fire. Similar occurrence were also said to have taken place at City Hall . Fortunately, our Secretariat offices were not set ablaze but was ransacked, as at this time, we are yet to ascertain the extent of damage or loss.

I write to assure you that the Exco is taking all necessary steps to ensure that the situation at our secretariat returns to normal and will keep you informed as we progress.

We will also be liaising with the Chief Judge of Lagos State regarding affairs at the High Court of Lagos State and will keep you updated of any protocols regarding future use or activity related to same.

We urge all members of our branch to remain calm and not get overly sentimental (especially with unverified newsfeed from the social media) whilst the situation is sought to be brought under control.

We ask that you keep safe in these extraordinary times.

How Many More Letters would “Teacher” Write to NBA