Home Events We Hardly Have Time for Ourselves and Our Families – ... 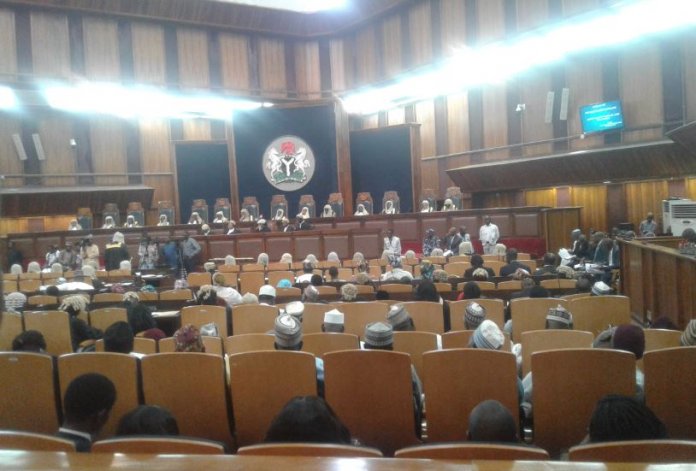 The Chief Justice of Nigeria, CJN, Justice Tanko Muhammad, on Monday, said he was worried over the increasing number of appeals that are flooding the Supreme Court on a daily basis.

The CJN, who spoke at a valedictory court session that was held in honour of Justice Amiru Sanusi who clocked the 70 years mandatory retirement age last Sunday bemoaned that the Supreme Court, “is daily inundated and suffocated with cases of different types”.

He said: “the highly embarrassing litigious nature of Nigerians” does not give space for Justices of the Apex Court to rest their nerves.

“We can hardly have time for ourselves and our families,” the CJN lamented.

Besides, the CJN noted that the exit of Justice Sanusi from the apex court bench drastically reduced the number of Justices of the Supreme Court as low as 13.

“You will recall that barely seven weeks ago, being Thursday, 12th December 2019, we assembled here to honour our brother, Justice Kumai Baying Aka’ahs, JSC, OFR, in a similar valedictory session.

“That ceremony painfully occasioned the depleting of our ranks at the Supreme Court. In a similar fashion, this session, too, is billed to further drastically reduce the number of Supreme Court justices as low as 13.

“This is not cheering news in view of the ever-increasing number of appeals that flood the Court on a daily basis”, the CJN added.

He described the retired jurist at “an epitome of humility and untainted integrity”, saying he gave “sterling account of himself while in the Supreme Court”.

Meanwhile, the Body of Senior Advocates of Nigeria, at the event, queried why Senior Lawyers are not appointed to the Supreme Court and the Court of Appeal, directly from the Bar.

The body noted that celebrated jurists like a late former CJN, Justice Taslim Ellias who served as President of the World Court, as well as Justice Augustine Nnamani, were both appointed to the Supreme Court Bench, directly from the Bar.

“These are all matters within our own living memory. There were earlier appointments of Senior Lawyers in the Appellate Court. They did not go through Magistracy and or the High Court Bench or any other Court before landing in the Supreme Court.

“The records of their achievements are well documented in the Law Reports and Legal Documents or processes. Not one of them can be described as having performed below expectation.

“The question of appointment of Senior Lawyers to the Supreme Court and Court of Appeal has been on the drawing board for long.

“As the highest court of the land, only the Best legal minds should occupy its Bench and to have a mix from the Bench and Bar will certainly enrich our Legal Jurisprudence”, the body argued in a speech that was presented on its behalf by Chief T. J. Okpoko, SAN.