Home Court room news Why Court of Appeal Acting President is Not Yet Confirmed –... 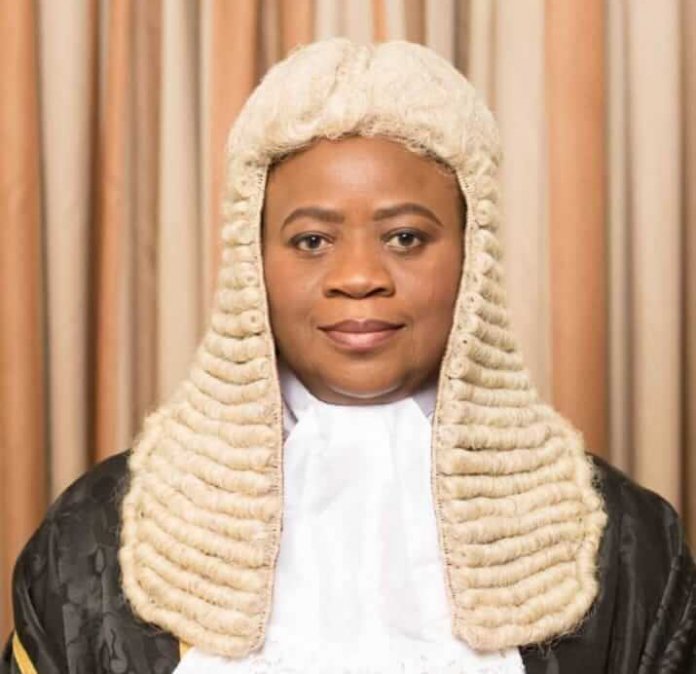 President Muhammadu Buhari has explained why the Acting President of the Court of Appeal, Justice M. S Dongban-Mensem, has not been confirmed.

There had been insinuations President Buhari was likely to bypass Dongban-Mensem, a northern Christian, for the next person in line, a northern Muslim as President of the Court of Appeal.

Former Military Governor of Kaduna State, Col. Abubakar Dangiwa Umar, in a public letter to Buhari on May 31, accused the President of making “skewed appointments”, warning they may plunge the nation into ruin.

He said Dongban-Mensem “appears eminently qualified for appointment as the substantive Chief Judge of the Court of Appeal as she is also said to be highly recommended by the National Judicial Council.”

But reacting to the allegation of skewed appointments on Sunday evening, Senior Special Assistant to the President on Media and Publicity, Mallam Garba Shehu, ruled out ethnic or religious considerations in Buhari’s choices of appointments.

He said Dongban-Mensem could still function as acting President of the Appeal Court within the specified period while security checks and other laid down protocols were being carried out.

“In making appointments upon the recommendations of other arms or agencies of the government, the President is not a rubber stamp that will mechanistically sign off on nominees that come before him.

“The President has a duty to ensure that all such appointments meet the requirements of the Constitution and protecting the supreme law of the land in this regard, he has an obligation to allow law enforcement and security agencies to do their work.

“Don’t forget our recent experience with ministers who were signed off upon and turned out as having not undertaken the compulsory National Youth Service, just to give you an example.

“In the specific case of the Acting President of the Court of Appeal, Her Lordship Justice M. S Dongban-Mensem, the statutory regulatory time of her acting period has not lapsed.

“This is not about ethnicity or religion. It is about security and law enforcement agencies being allowed to complete their work. Nobody should seek to stampede the President in carrying out his constitutional duty in this respect.

“The President had not been a rubber stamp dealing with these matters before, and is not prepared to be one at this time. Let all allow the system to do what is right,” the statement said.