Home News Why Do You Think The Courts Were Attacked In Lagos? 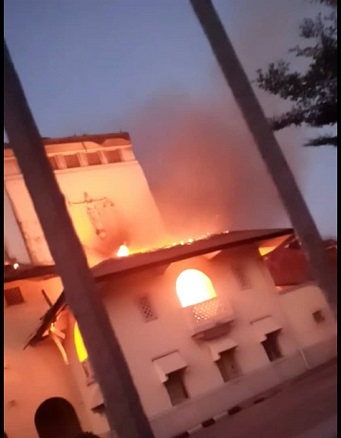 The bulk of young people on Lagos Island consider the courts part of their existential threat.

It was during the xenophobic crisis in South Africa. Many Nigerians had been reportedly killed and shops looted. There was anger in the land. There were talks by some social media influencers about retaliation in kind in Nigeria to send a strong message. Some were advocating the attack of MTN, DSTV and Shoprite.

Not long after, there were rioting, destruction of property and looting in Lagos.

At least a young man was shot dead by the police trying to contain the situation.

Then the police went a step further. They started indiscriminate arrest of young men.

The young men were charged to various magistrates courts in Lagos in batches.

At the initial stage the police were applying for remand in prison custody of the arrested.

I was engaged to represent a group of 27 young men in such an application.

According to most of them, confirmed by their mothers and relatives, they were woken up from sleep between the hours of 2am and 4am and corralled into awaiting police vehicles. The questions about their offence were met with slaps and kicks. 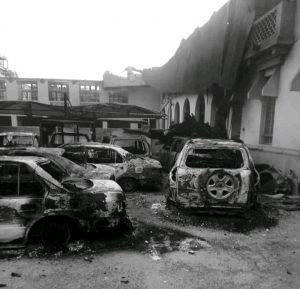 After spending some days at the police station, they were brought to court. It is a cliché that “the court is the last hope of the common mam” so they were hopeful that the court will hear them out and give them justice.

The police came with an application that the 27 defendants be remanded in prison custody on the ground of “conduct likely to cause the breach of public peace” pending conclusion of investigation. 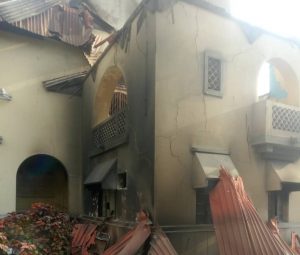 Here was a group of young men hopeful in the power of the court to aid them in achieving justice observing that the court would not even hear them out.

In the course of their stay in prison, one of them died in custody. He was a driver. He was arrested with his conductor while they were waiting to load their vehicle at Adeniji junction some minutes after 10pm.

Eventually, they were discharged without arraignment after about 50 days in prison custody.

While we may appreciate the fact that the police were trying to contain the situation on ground then, those young men that bore the brunt by spending time in prison custody could not have found it funny.

To them, they were innocent. They were not arrested committing any crime. Most of them were sleeping in their houses when woken up and arrested. They might have felt unfairly treated by the police, the court and the prison authorities.

They may harbour grudges against the system. It was those experiences at the hands of the security agencies especially the police that energized young men to support the #ENDSARS protests wholeheartedly.

Within the same xenophobic crisis period, another group of 12 young men were arraigned for conduct likely to cause breach of peace and stealing of phones from people.

There was no complainant to testify he or she lost anything. They were granted bail on the condition that two reliable sureties stand for each of them. They were reminded in prison custody pending compliance with the bail conditions.

Among them were those arrested on their way back from their shops around 8pm.

One was arrested on his way from the pharmacy where he went to buy drugs for his aunt. He was clutching the drugs.

The most pathetic was a young boy that entered Lagos from the East on that day. He was at the bus stop waiting for a vehicle to take him to his final destination. The police did not bother to check his bus ticket to verify his alibi rather he received beatings for trying to explain.

So while I condemn the attack on public property especially, a sacred institution such as a court and the destruction of the repository of public records and archives, I understand their grudges and anger.

In the scheme of things, the courts are not as protected as the police stations. Most of them are not enlightened enough to know that there are some institutions that are sacrosanct and untouchable. 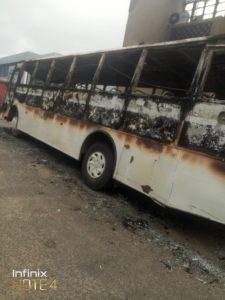 In any event, they were witnesses when a sitting Chief Justice of Nigeria was illegally and unlawfully removed and nothing happened so why would they fear any consequences.

Legal Implications of a Force Majeure