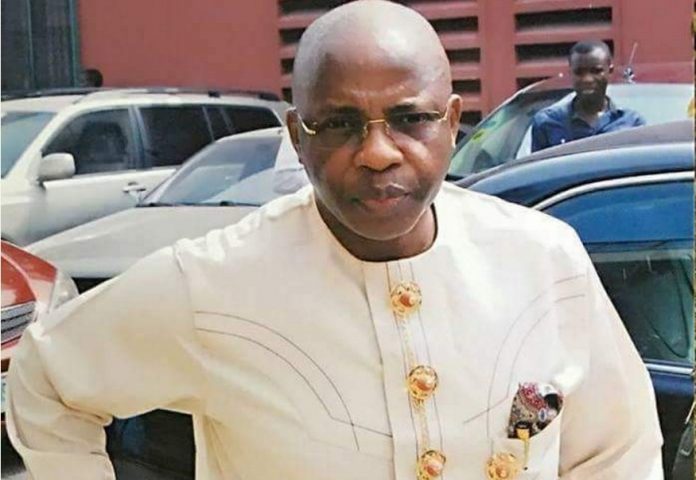 The office of the Attorney General of the Federation (AGF) on Thursday told a Federal High Court in Abuja that it has taken over the prosecution of a former governor of Imo State, Chief Ikedi Ohakim, accused of threatening and harassing one Mrs Chinyere Amuchienwa.

The court had earlier slated Thursday for the former governor to be arraigned, but when the matter was called, a counsel from the office of the AGF, Bagudu Sani, told the court that the office of the AGF had taken over the case by a letter dated March 17, 2021, which he said had been served on the Inspector General of Police.

Counsel to the police, R. F Dimka, opposed the taking over of the case by the office of AGF on the ground that the charges preferred against the former governor were prepared by the office of the IGP, whom she said is the complainant in the case.

However, the trial judge, Justice Taiwo Taiwo, told Sani from the office of the AGF that he had taken judicial notice of the letter but that the counsel should file the letter formally before the court.

The judge adjourned the arraignment of the former governor to May 6, 2021, to enable parties file and serve written addresses on the propriety of the office of the AGF taking over the case from the Police.

Ohakim and one Chinedu Okpareke were dragged to the Federal High Court by the police over allegations of threatening and harassing Mrs. Chinyere Amuchienwa.

Ohakim has been on police administrative bail since November 11, 2020.

According to the charge number, FHC/ABJ/CS/287/2020, Ohakim and Okpareke were alleged to have threatened to release a nude photograph of Amuchienwa if she failed to drop charges of attempted kidnap against them.

In the five-count charge dated November 25, 2020, the police alleged that Ohakim and Okpareke, knowingly and intentionally, transmitted communication through a computer system to harass and bully Amuchienwa, an offence that is punishable under Section 24(1)(a) of the Cybercrime Act 2015.