Home Opinions Any Floodgate of Senior Advocates of Nigeria? I Don’t Think So (Part... 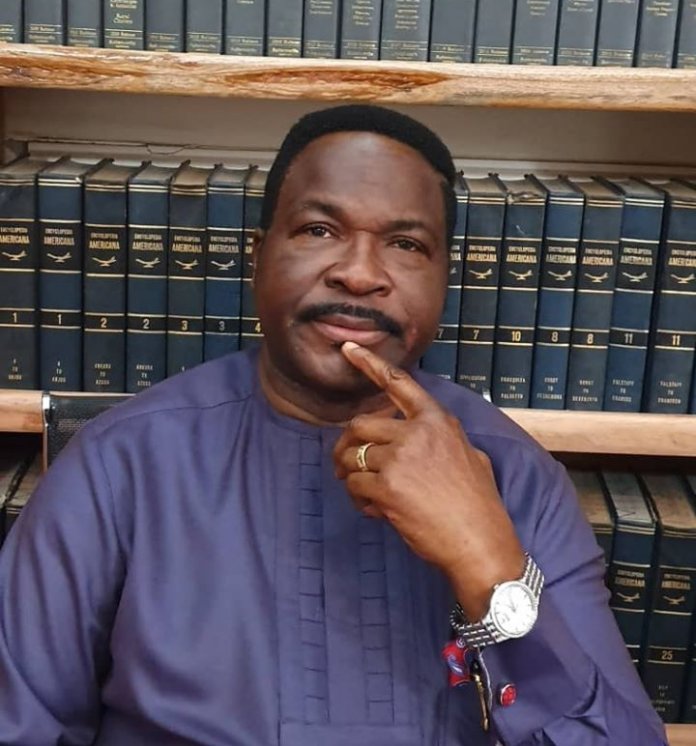 Last week, we started this vexed issue on the existing lingering fear (even if pretentiously not expressed openly and publicly), that there are in existence, too many Senior Advocates of Nigeria (SANs). Predicated on this unproven and fallacious fear, there appears to be a deliberate and sustained pruning down, over the years, of the number of legal practitioners that are elevated to the Inner Bar, even after meeting all the statutory requirements and sundry laid down criteria for such elevation. I am also aware that this thesis obviously calls for a hot debate amongst Lawyers and other stakeholders, for possible fundamental reforms in the mode of awarding and taking this revered title. Today, we shall continue our discourse on the above issue. Please, read on.

The SAN Rank Must Never be Given to Lawyers of Questionable Character
Do not get me wrong here, please. I am not advocating that undeserving legal practitioners or those with bad character or tainted image, should be accorded this revered honour. No. Never. We must also never award it to those who have pending petitions before the LPDC, or courts of law. Such people may only be considered in the future when they would have successfully defended themselves, and had been absolved of such allegations of professional misconduct or infamous conduct unbefitting of a legal practitioner.

Is Conferment of SAN a Privilege or Right?

I am also acutely aware that the award of the SAN rank is a mere privilege; not a right. This means that an Applicant may still not be awarded the revered title, even if he/she has roundly met all the set criteria. A Privilege is defined as “a special right, advantage, or immunity granted or available only to a particular person or group”. Some synonyms of privilege are advantage; benefit; prerogative; entitlement; birth-right; due; concession; right. A privilege is therefore, lower in strength and efficacy than a right. The latter can be enforced; the former cannot be. Because, it remains what it is: a privilege.

Thus, the Oxford Dictionary defines a right “as a moral or legal claim to have or get something or to behave in a particular way”. A right is therefore, an entitlement to something, as distinct from a mere privilege. This means that it is always within the discretionary purview and prerogative of the LPPC, to decide to admit a far lesser number than those put forward as having fully qualified. It is absolutely within its domain, to so decide. And its decision, like any discretion, is not justiciable in any court of law.

The ongoing SAN exercise by the LPPC just completed the Chambers/Library inspection, by a sub-Committee of the LPPC. The exercise is still subject to paragraphs 4, 5 and 6 of the LPPC’s 2018 Guidelines, which have enabled it to publish a Public Notice, made pursuant to paragraph 12(2) and 20 of the said LPPC Guidelines, 2018. The LPPC, in those paragraphs, as is conventional, had called on members of the public to comment, in 20 written copies, with a verifying affidavit, on “the integrity, reputation and competence of the above candidates”. Such comments or complaints “must be received at the office of the Secretary, LPPC, not later than 4.00pm on Tuesday, 28th September, 2021, or email: enquirieslppcnigeria@gmail.com”.

Do Not Re-Shortlist the Shortlisted Shortlist

My thesis, therefore, is simple. Any further subjective, selective winnowing from those who eventually qualify from this painstakingly filtered pool, is absolutely unnecessary. Selecting, for example, about 50-70 out of the fully qualified applicants from the above SHORTLISTED SHORTLIST, after they have been adjudged eminently qualified with distinction, becomes discriminatory.

Some Unwholesome and Unwritten Criteria

At that level, it is no longer excellence or distinction that is at play, because those members of the shortlisted shortlist had already met the full criteria, and been adjudged qualified by the LPPC itself after its filtration, public notice and Chambers/Library inspection. It becomes a contradiction in terms, for the same LPPC to again reject applicants it has itself adjudged fully qualified to take the Silk. This is where, perhaps, other inappropriate considerations and unfair criteria of the much abused quota system and “godfatherism”, creep in. And this, most respectfully, is what I am against.

Such bewildering factors are apparently anchored on unwritten considerations of language; religion; status; place of birth; wealth; political opinion; place of practice; State of origin; station in life; tribal connections; sectional reach; pedigree; social or political clout of the Applicant’s parents, siblings or classmates; if and whether the Applicant’s place of origin or practice had been awarded some slots the previous year; whether the Applicant is flamboyant; reticent; recluse; or heavily publicised; etc, etc. I thought all these had already been carefully taken into consideration before the shortlisted shortlist? Why, again, after the shortlist ? I cannot understand this. Or, can you?

In my humble opinion, these hidden and unwritten criteria are absolutely otiose, superfluous, unnecessary, redundant and gratuitous. They constitute nothing but pure discrimination, contrary to Sections 16(2) and 41(1) and (2) of the 1999 Constitution; Articles 2, 3 and 20 of the African Charter on Human and Peoples Rights; and, Article 2 of the UNDHR, 1948.

The Nigerian courts have readily interpreted the right against discrimination, to be a shield which can be employed by people to prevent being denied their entitled rights and benefits. In OKOYE & ORS v NWAVU & ORS (2003) LPELR-12330(CA), the Intermediate Court held, on the right to freedom from discrimination, thus:

“Let me briefly comment on the application of Section 39(1) and (2) of the 1979 Constitution of the Federal Republic of Nigeria. This provision of our grundnorm, then in vogue, is against discrimination on grounds of place of origin, sex, religion or political opinion held. Section 39(2) which is more in point here reads thus: “39(2) No citizen of Nigeria shall be subjected to any disability or deprivation merely by reason of the circumstances of his birth”. I should restate it here once more, that the makers of our Constitution have very large hearts. They are very accommodating. They know the peculiarities of our polity. In the same vein, in interpreting same, a Judge should have a large heart. He should be accommodating, since he equally knows the peculiarities of our polity…If a stranger element in a society acquires a legal right and there is an attempt to dislodge him of same, he can take umbrage under the above provision of the Constitution” (coram JOHN AFOLABI FABIYI, JCA (Pp 15 – 17, Paras A – A).

There is No Floodgate Anywhere

I do not agree at all with the apparent fear that there would be an open-ended floodgate of new entrants, if all Qualified Applicants were admitted into the Inner Bar in one fell swoop at a given period of time. Where, for example, 100 Applicants who qualified in a particular year are awarded the Silk, they Will Never Again Apply. The recurring docket of Backlog will Disappear. Indeed, I forsee like Nostradamus (the man who saw tomorrow), that there may be some years when there would be no Applicants Will be qualified enough to apply. This is because over 90% of Applicants year after year, are merely recycled. They are those who had been serially denied the rank, in previous years. Even if we were to have 100 new SANs every year, it would still amount to a mere 1000 SANs in 10 whole years. For a UN projected population of 212,627,048 as at October 11, 2021, that would still sum up to just one SAN per 212,627 citizens of Nigeria. Is this a floodgate let loose? I think not. I will still speak to this issue later.

What is the SAN Rank All About?

The prestigious honorary rank of Senior Advocate of Nigeria (SAN), is a title conferred on legal practitioners in Nigeria who have distinguished themselves and attained distinction in legal practice. It is the highest conferment of distinction that can be attained in the legal profession by any legal practitioner, and is the equivalent of the rank of Queen’s Counsel (QC) or ‘King’s Counsel’ (KC) (during the reign of a king) in the United Kingdom. The SAN rank is also the equivalent of Senior Counsel (not in the sense of its literal word usage in Nigeria to suggest an experienced Lawyer), State Counsel, Senior Advocate and President’s Advocate, in some other parts of the world.

The rank of SAN is therefore, the pinnacle of every Lawyer’s professional journey and a position which bestows special privileges on a legal practitioner who has practiced for a minimum of ten years at the Nigerian Bar; and has made exemplary contributions to the legal profession. Prior to 1975, the rank of Queen’s Counsel (QC) was still bestowed on distinguished Nigerians, even after our flag independence from English Colonial rule in 1960. Section 5 of the Legal Practitioners Act, 1975, Cap 207, however, created the rank of SAN, by empowering the Legal Practitioners’ Privileges Committee (LPPC) to confer such a title on Lawyers adjudged so qualified. The history of the conferment of the rank of Senior Advocate of Nigeria on individuals, can be traced back to the 3rd of April, 1975, when the title was first conferred on Chief F.R.A. Williams and Dr. Nabo Graham-Douglas, for their remarkable and distinguished contributions to the early stages of the legal profession.

Privileges of the SAN Rank

The privileges attached to the rank of SAN, are more statutory than conventional (as in the UK). These privileges are provided for in Section 5(7) of the Legal Practitioners Act, 1975, and in the Senior Advocate of Nigeria (Functions and Privileges) Rules, 1979. These Privileges are mainly three:

1. The right to wear a silk gown

2. The right to sit at the Inner Bar or front row. The tradition is that while legal practitioners are called to the “Outer Bar”, SANs are called to the “Inner Bar”, and therefore, sit in the Inner Bar. Traditionally, the UK courts had inner bars specially retained for legal practitioners who had attained the rank of QCs. But, the UK courts no longer have Inner Bars, as well as most (if not all) courts across the world. Rather, the practice is that SANs sit at the front row (usually termed “Inner Bar”), whenever a SAN is appearing before the court.

3.The right to mention cases out of turn.

Section 5(8) of the Legal Practitioners Act, 1975, restricts a SAN from practicing other than as a Barrister. Apart from this restriction, there seems to be no other statutory restriction placed on the rank of SAN. Conventionally though, a SAN has an obligation to appear with a junior counsel, a practice retained from the QCs in England and Nigeria, during the colonial times. However, QCs in the UK have long abandoned this custom, as they can now appear in court without any junior counsel. (To be continued)