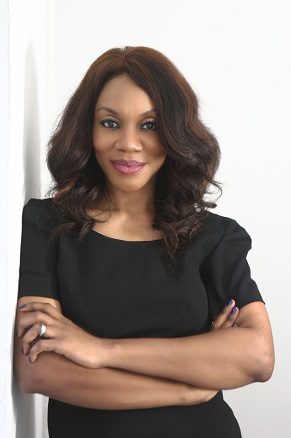 Beverly Agbakoba-Onyejianya has been nominated as the Member of the Month by the Women in Sports Law (WISLaw).

WISLaw is an international, non-profit association that unites women from more than 40 countries who specialize in sports law with the aim of bringing women in the sports law sector together through regular educational and networking events.

Beverley is a regulatory and compliance professional and a lawyer, called to the Nigerian and UK bar. She is currently Head of the Sports, Entertainment and Tech practice at Olisa Agbakoba Legal. She is a member of the Nigerian Economic Summit Group (NESG) Sports thematic Industry group on Alternative Dispute Resolution and Youth Policy Development. She is also a member of the Lagos Divisional Football Association. Her interest in sports and youth development led her to set up the Lagos Tigers Football Club (LTFC) in 2012.

Beverley responded to the below series of quick questions.

How did you get involved in sports law?

I became actively involved in the practice of Sports Law from 2017 after years of working in regulatory and compliance in banking and capital markets. I had been running a youth football club called Lagos Tigers FC which activated my interest in the field. I decided to pursue sports law full time as it was a novel and niche practice area in Nigeria. The industry was largely disorganised, unstructured and in need of specialist lawyers and I wanted to make an impact in some way and drive change.

What is your most memorable achievement in the sector?

It was when I got my first paying sports client as well as when I was invited to join the sports thematic industry committee group. As part of this policy group, I helped draft the revised National Sports Policy of 2020. Knowing how difficult it was to set up a new practice at that time, let alone in an area that is unknown, it seemed pretty daunting to me. I got over the fear eventually. With the support of the law firm, we have represented various clients in the sports industry including clubs, federations, commercial sports ventures as well as spearheading sports ADR.

Do you have any advice for someone trying to break in to sports law?

Breaking out into the sector actually is easier now than ever before as interest in the practice area is growing exponentially. Finding a good mentor in the area of sports law goes a long way. If I had a mentor in the early days, I may have quite possibly had an easier start. There are many good professional groups such as WISLaw that you can join as a newbie in order to form good networks and potentially strike up viable business relationships. I have benefitted immensely from networking more so during the pandemic.  Lastly, have a voice, don’t be afraid to advocate about areas you are passionate about. It could be getting more women into sport, championing for better player representation for female teams.

What is the greatest challenge that you’ve had to overcome?

This may sound strange but actually I had to overcome inbuilt fears and insecurities I had about being taken seriously as a sports lawyer. When I started the practice area was largely unheard of, I had just gotten called to the Nigerian bar having decided to pivot from the financial regulatory profession and also I am female in a male-dominated industry. I decided to just go for it and that was the beginning of new things for me. I have no regrets.

Why did you decide to focus on sports law?

I decided to focus on sports law because that’s where the demand seemed to come from. The sporting industry in Nigeria is heavily dominated by football and because I had already built up a small network in the football industry through my club it seemed like a natural alignment. I do take on a few clients in other areas of sport, such as gymnastics and swimming.

How have you found being a part of the WISLaw community?

WISLaw is a fantastic and much needed platform promoting not only gender diversity in sports law but it also acts as a space for female lawyers working in the sports law to grow and thrive.  It is really helpful to have platforms that promote women in sports given the gender imbalance. WISLaw has helped me build my profile and given me much needed visibility amongst my sports law peers that I would not ordinarily enjoy.

What do you do in your spare time?

I am a mom of three so my spare time tends to be limited but I support my youth football club and also, host a podcast show called “Develop Your A Game” which is available on Spotify, Google podcasts and Apple podcasts. It showcases inspiring people from the African continent or in diaspora doing brilliant and innovative things in their communities. I mentor young people interested in personal development and sports law. Finally, I love to write articles on sports and entertainment issues.