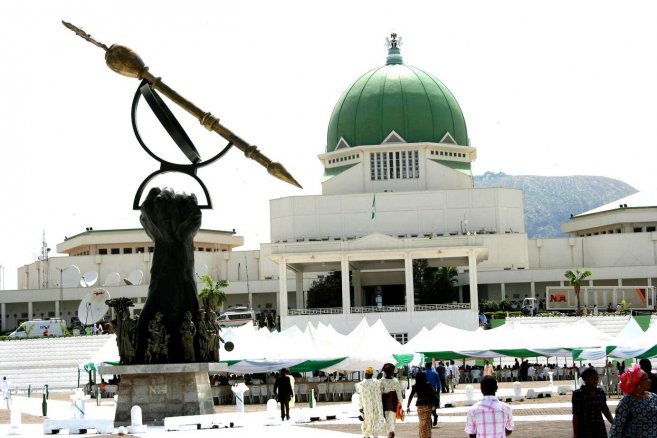 Justice Chuka Obiozor of the Federal High Court, Lagos, on Friday restrained the National Assembly from fixing its members’ allowances.

Obiozor, who delivered the judgment while ruling on a suit filed by former Vice President of the Nigerian Bar Association (NBA), Mr. Monday Ubani, said it is illegal for the National Assembly to fix its own allowances.

The Senate President, Speaker of the House of Representatives, Attorney-General of the Federation and Minister of Justice, the National Assembly Service Commission and the RMAFC were listed as respondents in the suit.

In the suit, Ubani asked the court to decide if the National Assembly had the right to arbitrarily fix its allowances.

In the ruling, the judge stressed that only the Revenue Mobilisation Allocation and Fiscal Commission (RMAFC) can fix salaries for public officers in the country.

He said no other body or person in the country shall fix salary or allowances for any officer except RMAFC.

Several Nigerians have continued to condemn the jumbo pay received by lawmakers.

There is no denying the fact that members of the country’s National Assembly are among the highest-earning lawmakers in the world.

Not only do Nigerian senators earn more in absolute figure, they also earn much more as a percentage of the country’s revenue.

Our Nobility is Transforming into Shame – Stephen Agbada writes...