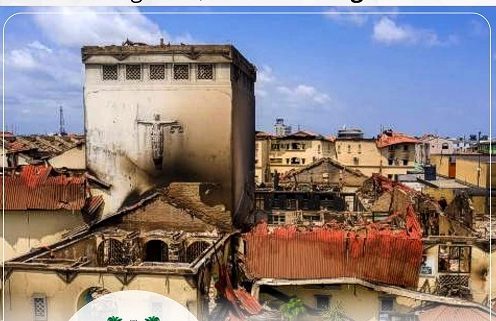 In continuation of the resettlement of the Lagos State High Court, Igbosere in the aftermath of the EndSARS protest which led to the vandalization, looting and burning of the entire court House,  the Chief Judge, Honourable Justice Kazeem O. Alogba has announced the temporary relocation of major sections/ departments of the High court have been to Ikeja High Court and Tarawa Balewa Square.

The offices and departments affected by the relocation are:

The Chief Judge appealed for the cooperation of the general public during the exercise.

Recall that about seven courtrooms were earlier relocated to the Lagos State High Court Annex, TBS.

The Lagos State high court Igbosere was burnt by hoodlums during the EndSARS protest which took place sometime in October, 2020