Home News Court of Appeal President Sets Up Special Panel for Over 270 Cases... 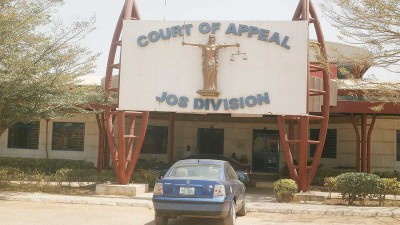 The President, Court of Appeal, Hon. Justice Monica Dongban-Mensem has set up a special appeal panel in Jos, the Plateau State Capital, where about 270 Motions and Appeals would be heard for quick dispensation of justice.

Dongban-Mensem disclosed this on Monday during the inauguration of the special court panel, held at the Court of Appeal Jos Division.

She noted that the essence of the special sitting was to ensure quick dispensation of Justice over motions and Appeals that have not been heard.

She described the special sitting which started from Abuja, Lagos and Jos as apt and said any Court of Appeal Division that apply for the special court sitting would be given the opportunity.

Dongban-Mensem applauded the Chief Judge of Plateau State, Chief Judge of Federal High Court, and the President of National Industrial Court for availing their facilities to be used by the Court of Appeal during the special sitting.

She said Justices of the Court of Appeal now work under some difficult situation due to insecurity and limited resources, but stressed that “none-the-less, it is not for the justices to complaint”.

The President appreciated the Governor of Plateau State, Simon Lalong and his Bauchi State counterpart, Sen. Bala Mohammed for their warm reception and hospitality.

She appealed to members of the Bar to take advantage of the Special Sitting to ensure that their cases are heard in good time for quick dispensation of Justice.

Also speaking, a Senior Advocate of Nigeria (SAN), Pius Akubo described the special sitting as a noble idea where Court of Appeal Justices are mobilized for the four day special sitting which will go a long way in building confidence on the nation’s Judiciary.

He appeal to the President to extend the special sitting to the Court of Appeal Gombe Division, due to insecurity as lawyers from Jos travel on daily basis to Gombe for court cases.

Chairman of Nigeria Bar Association (NBA) Jos, Yakubu Bawa appreciated the President Court of Appeal for organising the sitting and said that will enthroned quick dispensation of Justice.

He described the Presiding Justice of the Court of Appeal, Jos Division as a mother who has mentored several lawyers as she sits from 9am to 4pm in court.

The Presiding Justice of Court of Appeal Jos Division, Hon. Justice A .G Mshelia appreciated the President Court of Appeal for granting the special sitting and for showing more concerned on the welfare of Justices of the Court Appeal.

She noted that her legacies at the Court of Appeal will last longer and applauded other Justices who have responded to the clarion call to participate in the social sitting.

Mshelia appreciated the Deputy Chief Registerar, Barr. Kabiru Akanbi for his selfless service in the interest of “fairness and Justice”.