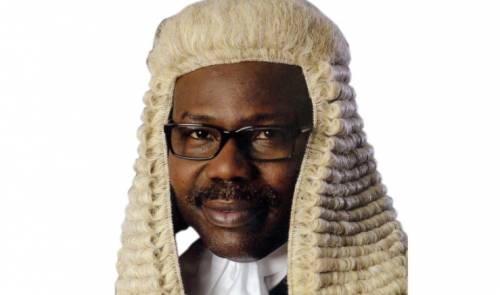 As citizens of Nigeria were heaving a sigh f relief from the release of the remaining students of Greenfield University upon the alleged payment of the huge sum of one N180 million by the parents as ransom, over 200 pupils of Islamiyya School in Tegina, Rafi Local Government Area, Niger State, were again carted away like chattels by kidnappers.

Prior to the release of the remaining 14 students of Greenfield University, five of them had already been killed by the kidnappers as a demonstration bait. Two days after, again, a school bus was hijacked with the attendant in Ondo State. This is just an illustration of the pattern of daily occurrences in the country. Undoubtedly, kidnapping is already a menace in Nigeria. It is one of the few thriving “industries” in the country.

The interesting thing about kidnapping in Nigeria is that it is not limited to civilians executing it but security agents now actively participate directly and indirectly in the illicit business. In some instances, some of the security agents carry out the act directly on their own, while, in some other instances, proxies are either used or compromise of state weapons is adopted. It is in the midst of this general insecurity that Nigerians now feel disillusioned and dejected. No Nigerian is in doubt about the onslaught.

Arising from this ugly development, the Senate of the Federal Republic of Nigeria, weeks ago, opted to amend the Terrorism Prevention Act, 2013, to curtail the menace. I listened with rapt attention to the presentation of the bill by the proponent, Senator Francis Ezenwa.  The bill is titled “Terrorism Act (Amendment) Bill, 2021.” The bill, as moved by the proponent, is essentially aimed at amending, by way of replacement of Section 14 of the said Terrorism Prevention Act, 2013, by imposing a sentence of 15 years jail term on anyone that participates in the payment of ransom in Nigeria.

While presenting the bill, the sponsor alluded to several causes of kidnapping in the country in such a manner that one would expect a conclusion that addresses solutions to the myriad of causes identified by him. Shockingly, however, the conclusion reached by him is the need to amend the law to reflect a new regime of criminalization of ransom payment directly or through proxy by any victim of kidnapping either directly or through proxy. What was amazing about the session was that it was meant to be a debate of the proposal but ended up being a monologue. Apart from the seconder, there was no further discussion than commitment of the bill to the Senate Committee on Judiciary. In this wise, let me state that the Nigerian Senate never ceases to amaze anyone.

ALSO READ   NJC has no Standard of Disciplining judges – Mefor

The thought of criminalizing a helpless situation is not only weird but the conspiratorial silence that welcomed the presentation is worrisome. The import of the proposal is to punish a kidnap victim who paid or facilitated the payment of ransom for his release; or such a person who paid for the release of a kidnapped victim. For example, a parent that paid or facilitated the payment of ransom for the release of their child, or such persons that pay ransom for the release of their loved ones, will earn jail term. The net effect of the above is that a released person, on the payment of ransom, would arrive into the prosecution hands of government. Thus, rather than interrogating factors engendering kidnapping of innocent citizens, what is most important to the proponent and, by extension, the Senate, is the imposition of jail terms on those who must have been interested in their freedoms or the freedom of their loved ones. I am sure that such a victim would have even been elated in paying the ransom than experiencing the permanent deprivation of his life or that of his loved one.

I would have expected that the priority would be finding the solution to the causes of kidnapping in the country, most of which the senator rightly identified. Factors such as corruption, unemployment, religion, poverty, indoctrination, peer influence and frustration were rightly mentioned but, regrettably, the Senate could not task itself further in thinking out of the box in propounding prognosis to the factors. Another baffling aspect, as said above, is the deafening silence by way of concurrence of other senators, which makes me gasp for breath as to where the country missed its destiny of glory. How could they have missed this fine point? How could they not have seen the sterility in the reasoning? It is really amazing. Is it that the other senators did not read the bill or could not comprehend or digest it, or simply that they cared not, or have no cure for the ailment by way of solution? This approach is simply characteristic of Nigerian rulers who always seek shortcuts to every challenge.

In as much as I agree with the rationale behind forestalling the payment of ransom in terms of its precipitating more kidnappings, I believe there is a need for balance. Life is much more precious than any material thing. The whole resources of a nation cannot resurrect a single dead soul. Would anyone be willing to take a gamble with his life in such circumstances? I am not in doubt that the payment of ransom could be an attraction and must be discouraged. Such, however, is reasonable where there is an alternative for securing the freedom of the victim. Thus, the tension between ransom payment and gambling with the release of a victim ought to be resolved in favour of ransom payment.

This fact is buttressed by the latest experience with the Greenfield University students that were kidnapped. After waiting on government and its agencies for weeks without any concrete action, and after losing five students, the other parents did not have a choice than to contribute and pay the demanded sum to secure the release of their children. I am sure any of the parents would be ready and willing to go to jail for the life of his child. What is freedom in the face of the trauma of losing one’s child in such cruel circumstances? The only instances we can begin to advocate non-payment of ransom, or discouraging same is where the country has been able to empower the security agencies well enough to be ahead of the kidnappers and it is just a matter of a little patience before the men of nefarious business are apprehended.

This remains elusive in our clime, where even some security officials are part of the perpetrators of this evil. You can now feel how my heart bled as I listened to the presentation of the sponsor skipping the interrogation of the solution to the challenge of kidnapping and arguing in favour of imposition of sentence not on the perpetrator but on the victim. In the absence of such competent, capable and available alternative, the argument in favour of punishing payment of ransom becomes tenuous and unreasonable. Nobody can be penalized for protecting his life. In fact, the defence of self-defence will be handy in this regard. You are permitted in law to defend your life where threatened with whatever is available to you at that moment.

By that bill, is the Senate suggesting, as I understand it, that the victims of kidnapping or their relatives ought to resign to fate, a fate the state is unable to help? This explains my shock seeing the bill progressing. Rather than engaging in this futile exercise, should the Senate not have engaged itself in propounding enduring solutions to the kidnapping challenge? This is one bill, which, if slipped into law, will be more honoured in breach than observance. Let anyone of the senators whose child is kidnapped take a gamble of risking the life of such child without paying ransom.

Those children that we fail to look after when they were lacking during their developmental stages are the ones now taunting us with death, rape, decapitation and all sorts of indignities today. The few thousands of naira, as the privileged lot, that we could have spared to get them educated then, is the millions we are now offering with pleas to them to spare our lives and our loved ones that turned out to be victims of their vices. Another strange statement I heard in the course of the presentation was the flawed comparison of the Terrorism Act of the United Kingdom and that the United States of America with the Nigerian act.

As I listened to the senator regale in this distinction, I marvelled and cried. How do you compare apples with oranges? Is Nigeria operating in the same milieu with the UK and USA?  Are the security apparatus in the countries the same and with equal capacities and capabilities? How concerned and passionate are Nigerian leaders about the lives of kidnapped Nigerians? Does a Nigerian life really matter to our so-called rulers? Is life at all meaningful in the country where an average of 50 lives are lost daily to avoidable circumstances, incidents or events?

Please, if it is a joke, let us perish the comparison. It lacks any basis. Let me, therefore, in concluding, urge the immediate withdrawal of the bill while using the productive time, energy and resources in finding solutions to the causes of the prevalence of kidnapping in the country.

Let us not add more misery to the miserable and traumatic life of Nigerians, particularly victims of kidnapping. The truth remains that, beyond lacking the capacity to tame the incidents, our security agencies lack technology and skills to tackle the menace. The apt proverb is, OOSA BI O LE GBE MI, SE MI BI O TI BA MI (an oracle that cannot alleviate my suffering should not compound my woes).