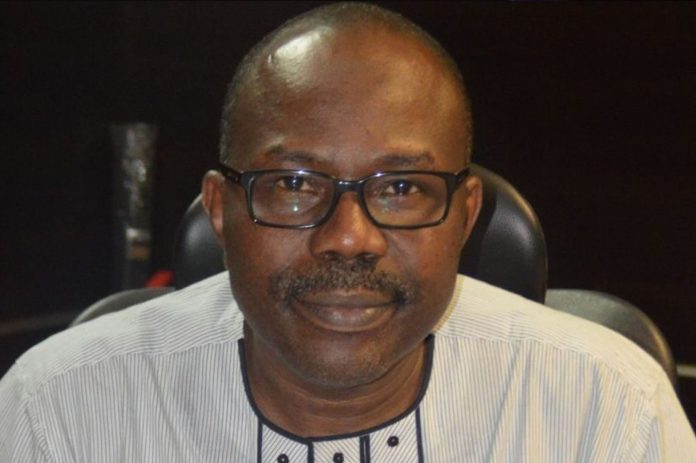 Last week, I had cause to interrogate the above subject and urged all true democrats in the country to rise up and defend the innovation of electronic transmission in our electoral system. I commend all those who heeded the call and rose up against the tyranny of the Senate. I specially thank all the progressive members of the National Assembly that stood against the tyranny. Regrettably, the tyrants had their way in curtailing the right of the Independent National Electoral Commission (the Commission) to freely conduct elections, in line with its mandate. While the members of the House of Representatives even strived to the extent of doing the needless, the Senate was simply irrational, reckless and irresponsible in its decision.

I say this because the version of the House of Representatives, which was the original version equally presented to the Senate by the Senator Kabir Gaya Committee, was to the effect that the Commission would apply electronic transmission whenever practicable. This is not too different from what obtains presently as the Commission determines its applicability in line with the powers conferred on it by the Constitution and the Electoral Act. The Senate’s version that was ultimately adopted conferred practically the final approval for the adoption of electronic transmission on the National Assembly, in conjunction with the Nigerian Communications Commission. The import of the Senate’s version is that the independence of the Commission is eroded. The manner of conduct of elections, particularly articulating the outcome, which is the result, now depends on the executive through the Nigerian Communications Commission and the legislature via the National Assembly.

Now politicians are to determine the way and manner the elections are to be conducted. The Nigerian Communications Commission, which is an executive body populated by politicians, is to determine alongside the body of politicians in the National Assembly the manner in which outcomes of elections are to be handled. By this the independence sought to be conferred by the Constitution on the Commission is gone and the fate of the country’s election now lies in the hands of politicians.  As I said last week, with this development, Nigerians could as well bid goodbye to credible elections in the country. The cheats have had their way. It is a fact, globally, Nigeria inclusive, that elections constitute the bedrock of democracy, just as it is a fact that the world and Nigerians acknowledge Nigerian elections to be a joke fraught with irregularities. This is attested to by the huge number of election petitions filed in the country during each electoral season.

The story of the country’s elections is dotted with results manipulation in all ramifications, giving rise to the emergence of discredited and incompetent officials. It is, therefore, not too shocking to watch the comedy performed in the passage of the amendment to the Electoral Act. To discerning minds, the country’s democracy is on a fast lane to disappearance. Is it the desperate move to turn the country into a one-party state, the hijack of the electoral process or the interment of democracy that one wants to allude to? It is simply a shame!

It is the height of hypocrisy for the All Progressives Congress to encourage this type of perdition while posing to bequeath the legacy of free and fair elections in the country. What has transpired is simply a betrayal of trust by those in whom Nigerians reposed their trust. All along, Nigerians had been suspecting the various pronouncements of the party on the conduct of free and fair elections but this singular act has left us with a sour taste in the mouth. How do you describe the voting pattern of its members at the National Assembly who hijacked the powers of the INEC?

Now, assuming without conceding that the percentage of penetration indicated is true, is it impossible to deepen the Internet penetration between now and the elections to cover other polling units? This, the Nigerian Communications Commission has not told us. Again, contrary to the misinformation that I suspect, INEC boldly came out to state that it had capacity to transmit results nationwide. Who else is best placed to tell us the true story than the Commission itself? This capacity is further attested to by the telecommunication companies that confirmed the capacity also. Assuming, without believing that the Nigerian Communications Commission is right, what about satellite communication? This the legislators chose to gloss over in their characteristic manner. I know, even from my peripheral knowledge of communications, that satellite service is a potent alternative to the Internet coverage and could as well support electronic transmission of results.

A question put to the Nigerian Communications Commission official at the hearing before the Senate could not be answered as he claimed ignorance of the capacity of the satellite communication body to provide. While this is fair enough to the communications commission’s official, our expectation is that an official of the satellite communications entity would have been invited. In this respect, the legislators consciously failed. Confronted with the diverse versions now, a joint conference of both chambers is to be convened to take a common position. At this level, it is hoped that common sense will prevail in totally jettisoning the Senate’s version of the amendment to the Electoral Act, which is absolutely unconstitutional. Kudos to all constitutional lawyers that have noted this, including the Sokoto State Governor, Aminu Tambuwal.

With the numbers and the wisdom seemingly innate in the House of Representatives, it is hoped that the idea of stalling the electronic transmission and impairing the freedom of the Commission to adopt same will be jettisoned. However, in the unlikely event that the bill escapes the final scrutiny and rejection of the draconian version of the Senate, the President would then be expected to append his assent to the bill in order to make it an Act of the National Assembly. Well, if the pronouncements of Mr. President are anything to go by, the expectation is that the President will decline assent to the bill. In a matter not too grievous as this in the 2018 draft of the Electoral Amendment Act, the scheduling of elections, basically programming of election dates by the legislature, the President had declined assent in 2018 on the basis that it fettered the power and discretion of the INEC.

Now that this is a much more serious and fundamental issue that borders not only on the conduct of elections but also on credibility of elections to the extent that it impairs and fetters the power and discretion of INEC, and indeed actually subjugated the power of INEC to that of the executive and the legislative arms, the expected response of Mr. President to the draft bill, particularly Clause 52, must be outright rejection.

This is where the Attorney-General is relevant again in appropriately advising the President against giving his assent, as doing so would be unconstitutional and hypocritical. Should the otherwise occur, then it means the sincerity of the ruling party and the government is doubtful. This will further lend credence to news being peddled around, which I doubt the veracity, knowing Mr. President, that the President actually orchestrated the scuttling.

If the All Progressives Congress’s senators have traded the interest of the nation for return tickets with the consequential manipulation of election results, they will definitely meet their Waterloo at the end of the day.

If the country will not embrace the electronic transmission of results, why waste that colossal sum of billions on the server if not to perpetrate fraud? Could it be due to the fact the PDP challenged the last presidential election result based on INEC server? In this age and time that nations globally are moving to electronic services, why is Nigeria taking a step backward? As Farooq Kperogi admirably put it, ‘The political elites of the ruling All Progressives Congress (APC) have chosen to regress to the Stone Age in matters of election at a time that Nigeria is relentlessly digitalizing in every other sphere.

Banking is now almost entirely digitalized, POS vendors have become ever present fixtures in even the remotest Nigerian village, e-commerce is now mainstream, national standardized tests such as the UTME are now wholly electronic, and the communication and digital Economy Ministry insists that every phone in the country should be linked to citizens’ National Identification Number’’. Where then is the rationale behind this regression in terms of the electronic transmission of election results? Interestingly, PDP, with its rigging antecedents, is now the party calling for transparency in elections while the so-called progressives have worn the toga of regression and the reactionaries.

Now to the implications of the bill, if it eventually graduates into an Act of the National Assembly, it simply implies that our elections are susceptible to continuous rigging. Political thuggery will continue to fester in our elections while the subordination of the electoral system will become the reign. With this therefore, democracy, in the words of Chief Mike Ozekhome, SAN has been murdered. In the circumstances, therefore, nothing healthy should be expected in the year 2023 as the elections are already successfully rigged.

For the progressive elements that have taken stand against the oppressive step, we salute your courage while encouraging the electorate to be wary of those that voted against the electronic transmission of results and be vigilant as the only plausible reason, in our view for taking that posture, is nothing other than rigging.  It is now obvious that such characters are not democrats but despots.  In concluding, let me assure Nigerians that should the bill be eventually assented to, the real progressive elements will stop at nothing in challenging it in court. So let us keep hope alive!

What Financial Autonomy Means for the Judiciary and How It Affects...

An Appraisal of the Grounds for Dismissing an Employee in...