According to eyewitness accounts, the roof of the courtroom suddenly caved in while some people at the scene including lawyers, litigants and staff of the court scampered for safety.

The cause of the sudden collapse is not yet established but some people attributed it to the dilapidation of the structure.

Some lawyers who witnessed the incident said that the building was renovated three years ago, “but was not done properly”.

According to them, the building has been leaking since after the renovation, thus exposing the structure to rains.

Efforts to get a reaction from the State Chief Judge did not succeed but a source at the Ministry of Justice said the CJ had been duly notified and “he thanked God that no life was lost”.

According to the source, the State Government has equally been notified for necessary actions. 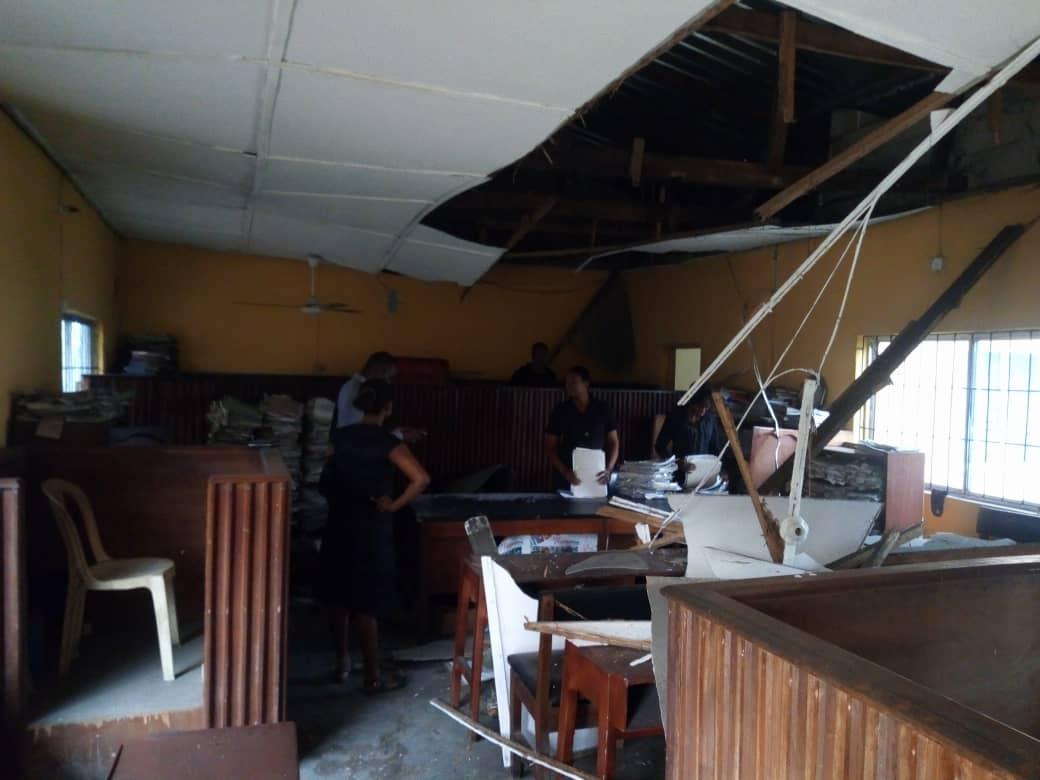 I am above Committing Crime – Kogi Lawyer Accused of Forgery...