Home Opinions In Re Federal High Court versus State High Court: Who Should Correct... 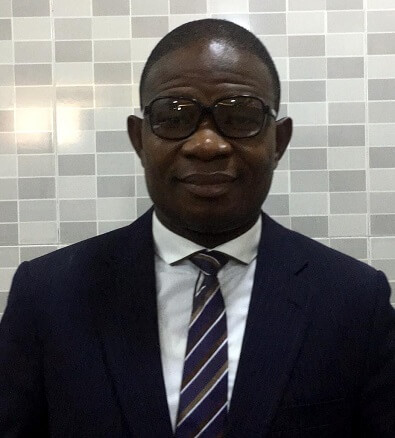 The present commentary is an open answer to my said student, an opinion to the reading public, a charge to Government printers and proofreaders, and, finally,  a piece of counsel to distinguished members of the National Assembly.

Section 27 of the Constitution of the Federal Republic of Nigeria (First Alteration) Act, 2010, whose Marginal Note is “Alteration of Section 251”, provides:

Section 28 of the Constitution of the Federal Republic of Nigeria (First Alteration) Act, 2010, whose Marginal Note is “Alteration of Section 272”, provides:

The Federal High Court shall have and exercise jurisdiction to determine any        question as to whether the term of office or a seat of a member of the House of     Assembly  of a State , a Governor or Deputy Governor has ceased or become          vacant”.

In view of the above, the appropriate interpretation for sections 251(4) and 272(3) should be as follows, respectively:

Relevance of the Golden Rule of Statutory Interpretation

The Golden Rule, which is a modification of the Literal Rule of Statutory Interpretation, appears relevant here. Emphasis of the literal rule is usually on deciphering the literal meaning of a word or words used in a statute; the rule is usually less concerned about whether such literal application may lead to ambiguity and absurdity. The golden rule thus tries to give an interpretation that avoids such anomalous and absurd consequences that may sometimes arise from literal interpretation. Accordingly, where literal interpretation may lead to ambiguity or absurdity, the literal meaning of such words is usually modified or avoided in order to get at the original intention of the framers of the statute with a view to delivering justice. This rule of interpretation aims at giving effect to the spirit of the law because being carried away by mere mechanical and grammatical meaning may not lead us to the justice of the situation. In the instant case, it is obvious that sticking to the word “Federal High Court” which had mistakenly found its way into the provisions of section 272(3) CFRN, 1999 would obviously deprive the “High Court of a State” an opportunity to adjudicate in disputes pertaining to whether the office of the Governor or Deputy Governor of a State or of a member of the House of Assembly of a State, has become vacant or whether the tenure of office of any of the named persons has ceased, and this may negate the intention of the makers of the constitution who in the First Alteration had set out to reserve such jurisdiction, albeit not not exclusively, for the High Court of a State.

Purposive Interpretation to the Rescue

Explaining the import of the purposive rule of interpretation , the Supreme Court in Marwa v Nyako (2012) LPELR-7837(SC) explained (Per ADEKEYE, J.S.C (pp. 171-172, paras. D-A)  by way of emphasis, that the objective of the purposive approach is to give effect to the legislative purpose of the enactment by interpretation of the words to accord with such purpose. After all, said the apex court, the law of statutory interpretation is clear that Courts invoke their interpretative jurisdiction to vindicate the intention of the law makers. The Courts cannot plant their judicial mind or thoughts in place of the intention of the lawmakers. See also A-G Lagos State v. Eko Hotels Ltd. (2006) 18 NWLR (Pt.1011) pg.378. The case of Abubakar v Yar`ardua (2008) LPELR-52(SC) is more straight to the point in explaining the usefulness of the Purposive approach to constitution interpretation. Hear Niki Tobi (p. 113, paras. D-F):

“I should say that the purposive rule of interpretation will not avail a Judge where the intention of the lawmaker is clear, precise and unequivocal, so much so that, a person can say “Yes this is what the lawmaker has in his mind.” The purposive rule does not allow the Judge to destroy the intention of the lawmaker, in the language of Lord Denning, “the Judge must not alter the material at which it is woven, but he can and should iron out the creases”.

I think all the factor or conditions precedent to resort to the purposive approach are present in the present case. A look at the pronouncement of the apex court (per UWAIFO, J.S.C (pp. 180-182, paras. C-B) in Ag Lagos v AG Federation (2003) LPELR-620 (SC) would help drive this point home:

“The court is entitled to take account of and use such materials or information which it considers will help it to determine the true intendment of a statutory or constitutional provision in a purposive interpretative approach; or which will lead it to assess the correctness of a meaning it has, through the usual canons of interpretation, given to such a provision. This is particularly so of a provision which is either ambiguous or seems to have become controversial. … In Pepper v. Hart (1993) 1 All ER 42, the House of Lords took that course. Lord Bridge of Harwich observed at page 50: “The courts now adopt a purposive approach which seeks to give effect to the true purpose of legislation and are prepared to look at much extraneous material that bears on the background against which the legislation was enacted.” …it was ‘entirely legitimate for the purpose of ascertaining the intention of the Parliament to take into account the terms in which the draft was presented by the responsible minister and which formed the basis of the acceptance’ (see (1988) 2 All ER 803 at 807, (1989) AC 66 at 112)”.

The Liberal Interpretation Approach Left Out?

Another true guide/course which can produce stability in constitutional law is to read the language of the Constitution itself, no doubt generously and not pedantically but as a whole; where the question is whether the Constitution has used an expression in the wider or in the narrower sense, in my view, this court should whenever possible, and in response to the demands of justice, lean to the broader interpretation, unless there is something in the text or in the rest of the Constitution to indicate that the narrower interpretation will best carry out the objects and purposes of the Constitution. In Nafiu Rabiu v. The State (1980) 8-11 SC 130 at pages 148-149, Udo Udoma, JSC said, “My Lords, it is my view that the approach of this Court to the construction of the Constitution should be, and so it has been, one of liberalism, probably a variation on the theme of the general maxim ut res magis valeat quam pereat. I do not conceive it to be the duty of this Court so to construe any of the provisions of the Constitution as to defeat the obvious ends the Constitution was designed to serve where another construction equally in accord and consistent with the words and sense of such provisions will serve to enforce and protect such ends.”  Accordingly, as suggested by Fatai-Williams JSC, in Adesanya v The President (1981) LPELR-147(SC), when interpreting the provisions of our Constitution, not only should the Courts look at the Constitution as a whole, they should also construe its provisions in such a way as to justify the hopes and aspirations of those who have made the strenuous effort to provide us with a Constitution. See also Attorney-General v. Commonwealth of Australia (1975) 135 C.L.R. page 1 at page 17; AG Federation v. Abubakar (2007) LPELR-3(SC).

Options on How To Correct The Error

Four Options Stare Us in the face:

Resort to the cumbersome procedure set out in section 9 of the Constitution.

“…it is trite that a Court of Law does not sit over a hypothetical matter, as this amounts to a mere academic exercise. As already settled by the same Supreme Court, for a court’s jurisdiction to hear and determine a case brought before it, can get validly activated, the claimant or applicant must establish that there is a cause of action, and that he (the claimant) has the legal standing to institute the action, although in certain public interest and human right    cases, existence of locus standi could be dispensed with. What cannot be dispensed with, however, is prior existence of a cause of action, and this is because a suit is filed in court for purposes or remedying an wrong allegedly done to the claimant. The existence of a valid action     presupposes that (1) a legal right exists which (2) had been violated (3) leading to some injury on a person or thing (4) which is legally remediable. In a long line of cases, including OSHOBA v. AMUDA, (2). MOBIL v. LASEOA, (3) CHEVRON v. LONESTAR, (4). BELLO v. AG, OYO), the Supreme Court has recognized the indispensability of existence of a cause of action (a real controversy) to the activation of the court’s jurisdiction”. (see ‘The  Planned Supreme Court Suit Over Virtual Court Hearing In Nigeria: A Suggestion’  by Sylvester Udemezue (published in the The Nigeria nVoice, June  06, 2020) .

In a related later article, published by Dnllegalandstyle on June 07, 2020, under the title,  ‘Re: Lagos Drags FG to Supreme Court Over Virtual Hearing – Please, Where is The “Dispute”’, I had gone ahead to pose the following questions, flowing from my conclusions in the commentary published the previous day: “…can a cause of action be said to have arisen or to exist in the absence of any real life disputes? Can a court of law now act on a mere academic exercise, based on an anticipated, imagined or mere apprehension of a dispute?”

Conclusion & Advise to the the National Assembly

The  option of Constitution amendment appears to be the most viable option, unless we wait for a live dispute to arise thus providing the cause of action needed to confer jurisdiction upon a court, which could now deliver a pronouncement to resolve the controversy. One thing cannot be denied: an error exists, which has distorted the intentions of the makers of the Constitution and for as long as this error remains uncorrected, so long would this argument persist between my students and I. Dear National Assembly members, would you not act fast? I thank God that a process is ongoing for constitution amendment; the NA should cash in on the ongoing process to effect this minor error-correction to wipe out all this controversy. Thank you for your cooperation, distinguished Senators and Honorable Members.

Short Message Service (SMS) as a Means of Serving a Hearing...