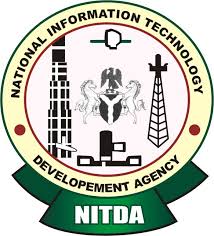 In just two years in office, the Minister of Communication and Digital Economy, Dr. Ali Isa Pantami disclosed that his ministry and its agencies have generated N1.54 trillion in their bid to deliver the promises made by President Muhammadu Buhari to Nigerians in terms of economic diversification, enhanced security and the anti-corruption drive.

Their contributions helped in lifting the country out of recession, as the ICT sector recorded the highest growth rate, according to reports given by the National Bureau of Statistics (NBS), in the fourth quarter of 2020.

For some time, NITDA has been working on plans for a review of its laws to create an independent regulatory framework for the development of the Nigerian IT sector, thereby making the laws more beneficial to startups and other tech industry operators, which would further enhance revenue to the coffers of the federation.

Consequently, in March this year, NITDA Director-General, Kashifu Inuwa presented a proposal for the realignment of the NITDA Act 2007 with the principles of the Nigeria Digital Economy Policy Strategy and Fourth Industrial Revolution (4IR) to the relevant committees of the National Assembly.

Kashifu had explained to the lawmakers that an urgent review of the laws was imperative in order to keep abreast of the accelerating changes within the worldwide IT-driven ecosystem and properly position Nigeria as Africa’s leading digital economy and a major player on the global scene.

The proposed bill, expected to repeal the NITDA Act 2007, is aimed at creating a regulatory framework for the development of the Nigerian IT sector and digital economy.

It is not only geared to the promotion and implementation of policies that support indigenous content, access to digital services, and investments in the sector. The objectives of the proposed amendment also include the adoption of emerging technology, innovation, and safeguarding the rights of the citizens and the national interest.

Going by the focus of the proposed law, it is surprising to notice the sudden wave of anxiety and trepidation within the Nigerian tech community over a purportedly ‘leaked’ draft of the proposal in circulation, which they say is harmful and would pose a serious threat to startups.

Operators have raised an alarm over some of the provisions in the proposed bill, which they describe as ambiguous, and may require further consultation before it becomes an Act.

The aggrieved stakeholders see the agency’s proposed review as being long on penalties and sanctions against individuals or companies that fail to get the relevant licenses or pay the 1 per cent levy fee, but short on information to guide startups on the requirements needed to qualify them for licensing.

Going by the ‘leaked’ proposed NITDA bill, stakeholders believe the agency’s focus is about Nigerian tech companies obtaining licenses, paying pre-tax profit levies and imposing sanctions on individuals and companies that operate contrary to the provisions of the new Act.

They cited Sections 6, 13, 20, 21, and 22, which cover NITDA’s power, classes of licenses and authorisations, and offences and penalties, among others, are the contentious provisions causing apprehension.

As a keen follower of the activities and programmes of the IT sector regulator, I find it rather disturbing that a ‘leaked’ document is generating so much disquiet within the tech ecosystem in Nigeria.

The fears expressed by stakeholders are understandable, especially considering the recent incident that played out following the removal of a critical portion from the proposed amendment to the Electoral Act. We (Nigerians) are still reeling from that democratic betrayal by our self-centred political class.

While it may be difficult to verify the authenticity or otherwise of this leaked document, stakeholders need to reach out to the concerned agency to sort out this misgiving, as true partners in progress committed to gainful engagement for the national interest.

It is noteworthy that some stakeholders are calling on NITDA to hold further consultations before the Act becomes law. This is the best option for the agency to follow as a demonstration of its avowed commitment to constantly engage stakeholders on issues relating to the tech sector.

This brings to mind, the recent two-day advocacy undertaken by the NITDA DG to Lagos, during which he visited several tech startups and engaged with various stakeholders in the tech ecosystem.

In June this year, the agency had consulted industry stakeholders on policy developments targeted at boosting national economic growth and diversification.

Other instances abound to confirm that NITDA has continued to maintain strategic engagement with stakeholders, spanning the various segments of the tech community in the country.

Obviously, that does not reflect an agency that operates in secrecy or with the intent to shortchange the operators or mortgage sustainable growth in a bid to garner revenue for itself, without creating the needed stability for stakeholders to thrive.

Suffice to say that the agency has always been in the forefront of creating platforms for strong stakeholder engagement and support for its policies and programmes at every point in time.

And since the agency has started the process of developing a draft of the proposed amendment bill, there is no need for operators to jump to hasty conclusion that the agency is pushing a secret document to be passed into law.

Moreover, related developments in the tech sector indicate that the tech community is working towards updating existing but outdated laws to emphasize the government’s commitment to innovation and the young people who are building startups in Nigeria.

Similarly, the Nigerian Startup Bill (NSB) project has commenced with a stakeholders’ meeting to ensure that all government agencies and parastatals are aligned with the vision for the Nigerian tech startup ecosystem.

The proposed Nigeria Startup Bill, a joint initiative of the Federal Government and the tech ecosystem, aims to ensure that startups are protected to thrive and harness the potentials of the digital economy through co-created regulations.

Thus, aggrieved operators can rest assured that the proposed NSB and the NITDA amendment bill offers double-pronged legislation to guard against different challenges faced by startups as a result of disruptive and ambiguous regulations that undermine growth in the startup ecosystem.

As a driver of Nigeria’s IT industry, I am confident that NITDA would come up with a timely clarification to set the record straight, dispel the fears of operators and sustain its excellent credentials as a stakeholder-friendly public agency.

Inyene Ibanga, the Managing Editor of TechDigest, writes from Abuja Power of the FIRS to Access Taxpayers’ Servers and Other Matters: Examining the Contentious Issues Arising from the Federal High Court (FIRS) Practice Directions,... 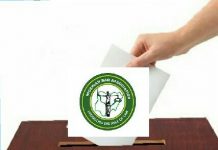 One Year After: X-Raying the Validity and The Impacts of the 2020 Amendment of the RPC By the AGF Malami SAN

Relevance of Separation of Powers and Its Application to Nigeria (2)...

Is Cryptocurrency Legal in Nigeria? – Actions Towards the Regulations of...