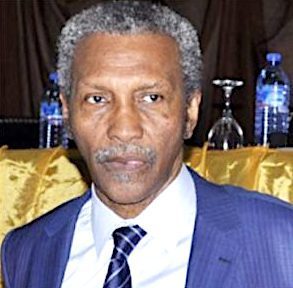 I was very young when I used to hear his name, as State Counsel in the Lagos State Ministry of Justice. He was popular with his adept handling of many criminal cases in court, so he was always in the news. I was thus very glad when he was elevated to the High Court Bench.

Many lawyers love to appear before him, as he was known to be well experienced and very practical in his approach to law and justice, generally. Then I had my personal experience in a protracted land matter wherein I appeared before him as counsel to the Claimants. He was not given to frivolous adjournments, technical objections and the usual tricks of counsel. He would have read the case file and was well abreast of the pleadings of the parties, such that he would confront you as counsel and challenge you to do the needful to achieve justice for all.

Then came the case of Gani Adams (now Aare Ona Kankanfo). Adams was arraigned before the Magistrate’s Court, Ebute-Metta, on trumped up charges and Chief Gani Fawehinmi, SAN, had his retainership. We filed an application for the enforcement of his fundamental rights and it was assigned to the Honourable Justice Rhodes-Vivour (as he then was). Before the application could be heard, members of the Oodua Peoples’ Congress who could not wait for due process of law, stormed the Magistrate’s Court in one of the sittings, in order to rescue and free Gani Adams, right inside the court. Chief Fawehinmi was furious, as he would not tolerate any assault on the rule of law. On the day the application for the enforcement of fundamental rights was to be heard by Hon Jus Rhodes-Vivour, Chief Fawehinmi called me and instructed that we should withdraw our appearance in the case, in protest of the invasion of the Magistrate’s Court by members of OPC. I was a very young lawyer, with little or no experience. The case was adjourned for definite hearing, so how do I go before the judge to ask him to allow me to walk out of the case? Well, I had no choice in the matter, as Chief Fawehinmi was waiting for the outcome of the proceedings, with journalists all over the court.

When the case was called, I could not speak audibly, as I began to stammer, muttering some things only to myself. Hon. Jus Rhodes-Vivour kept asking me to speak up, to the extent that he asked me to move forward, so he could hear me clearly. Of course My Lord must have read about the court invasion, as it was all over the news media. I finally got some courage to explain that my principal, Chief Fawehinmi, had instructed that I should withdraw from the case. My Lord asked me why and I explained to him. He then asked me why I had to stammer to say that, as that is what he would have expected of Gani, knowing his antecedents.

My Lord is leaving the Supreme Court, walking tall and proud, of an illustrious career at the Bar and the Bench, having helped to reform the legal profession in Nigeria. Together with his amiable and ageless wife, Aunty Doyin Rhodes-Vivour, SAN, My Lord adopted our family into his, becoming a worthy role model to us and indeed to so many others across the globe.

No doubt the Supreme Court, the legal profession and indeed Nigeria, will miss this great mind, given his wealth of experience, intellectual depth and his transparent and result-oriented approach to justice administration generally. I dare say that a legal colossus has left the legal firmament of Nigeria.

It is a thing of joy that My Lord has fought a good fight and has finished the race without blemish.