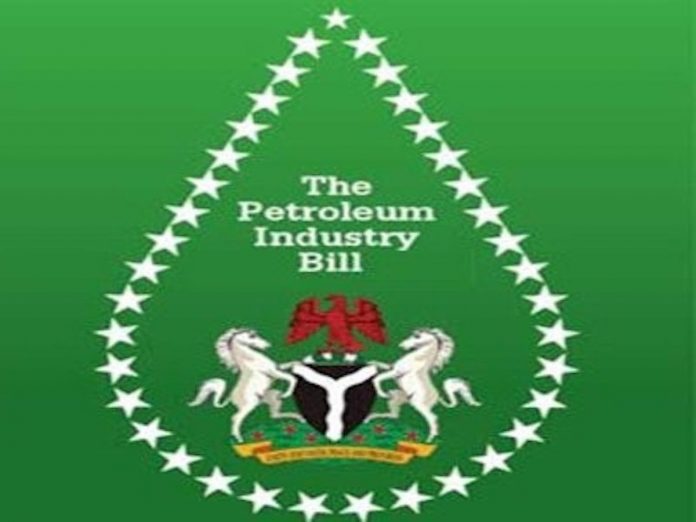 Groups from oil-bearing communities in Abia, Delta, Edo and Ondo states have demanded an upward review of the three per cent host communities’ fund approved in the Petroleum Industry Bill (PIB), which was passed last Thursday by the National Assembly.

Clause 240 of the draft bill had proposed five per cent of the annual profit of the oil companies for host communities.

But shortly before passage, senators reduced the trust fund for host communities to three per cent.
But in an interview with THISDAY at the weekend, the President-General of Urhobo Progress Union (UPU), Worldwide, Chief Moses Taiga, called for an objective, realistic and patriotic review of the fund to 10 per cent.

He, however, stated that despite any shortcomings that may be observed, the PIB as passed is a good and practical starting point towards changing the administrative, regulatory and fiscal framework of the nation’s oil and gas industry.
Taiga commended senators and members of the House of Representatives from the Niger Delta for their roles in ensuring the passage of the PIB.

Secretary of Warri Consultative Forum (WCF), Mr. Amaechi Ogbonna, warned that the three per cent equity approved by the National Assembly for host communities could instigate inter-communal crisis in the Niger Delta region.

Ogbonna, an Itsekiri stakeholder, told THISDAY that the three per cent was not the solution to the underdevelopment in the host communities.
Also, a retired Deputy Inspector General of Police (DIG) and community leader in Akwa Ibom State, Udom Udo Ekpoudom, told THISDAY that the National Assembly was not fair to the oil-rich Niger Delta region over the PIB.

He said: ”If you are from the area affected, you can’t be happy. If you go to a place like Rivers State, you can’t wash your clothes and keep outside because within one hour, it becomes charcoal and they went and approved only three per cent.

”As such, nobody from the Niger Delta, including myself is happy. The only solution is that the National Assembly should adjust it and make it meaningful. They shouldn’t take us for a ride.
”They can’t take our oil resources and develop their places and give us a paltry three per cent. It is not fair.”

Also, the Abia State Oil Producing Areas Development Commission (ASOPADEC) has condemned the approval of what it described as a mere three per cent in the PIB, saying that it has fallen short of expectations.
The Public Relations Officer (PRO) of the Commission, Mr. Ikechukwu Onwuegbu, said it was a sad development that PIB failed to meet the expectations of oil-bearing communities.
“It is a bad omen for the oil communities that have been clamouring for a sense of belonging. We are not happy,” he said.

He wondered why the lawmakers could not accept the 15 per cent increment recommended by the committee but rather settled for three per cent.
According to him, the federal lawmakers were insensitive to the plight of oil communities by giving them three per cent while providing 30 per cent for frontier states whereas the reverse should have been the case.

President of Benin Solidarity Movement (BSM), Mr. Curtis Ugbo, described the three per cent as grossly inadequate going by the sufferings host communities go through because of exploration and exploitation.
He said: “How can you be producing something and someone else who does not have such resources is the one sharing it for you?”

He blamed Southern leaders for such abnormality, noting that they should instead be asking for the lion’s share of their natural resources.

Civil Rights Activist and President, One Love Foundation, Benin, Mr. Patrick Eholor, described the three per cent stake as unreasonable, adding that it is a ploy to shortchange the goose that lays the golden egg.

Eholor, from Ikpoba-Okha, one of the oil-bearing local government areas and host communities, blamed the representatives of the region in the National Assembly for the reduction in the percentage of the trust fund for the host communities.
In Ondo State, the stakeholders in the oil-producing areas described the three per cent as inadequate and unacceptable.

They said the approved percentage fell short of their expectations as discussed during stakeholders’ meeting in Ilaje, Ondo State.

A former Chairman of the Ilaje Regional Development Committee (IRDC) that is operating Global Memorandum of Understanding (MoU) of NNPC/Chevron Joint Venture, Prince Philemon Ebiessuwa, said the communities were disappointed by the approved percentage.

He said: “When the committee came to Ilaje for stakeholders’ meeting, we unanimously presented our position that the host communities should be given five per cent and that was what we stood on.
“We are disappointed that the Senate passed the bill proposing three per cent to the host communities in spite of the degradation and lack of development in the oil-producing areas.”

Immediate past Chairman of the Ondo State Oil Producing Areas Development Commission (OSOPADEC), Mr. Gbenga Edema, described the three per cent as unfair.
“They have given about 30 per cent to NNPC for oil exploration in the North, which is another venture nobody is sure of returns. So, the three per cent is inadequate,” he added.