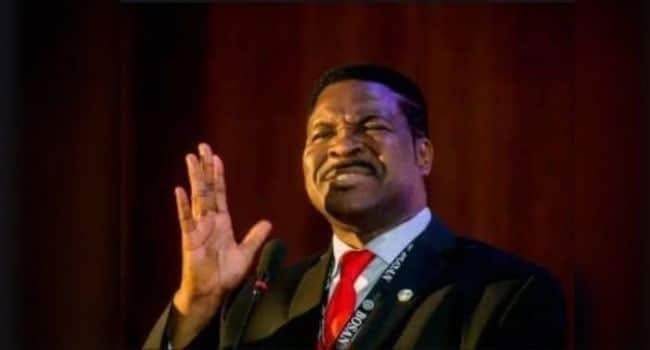 The announced extension of the tenure and reappointment of the Lafia, Nassarawa State-born retired 20th Inspector General of Police, Mr Mohammed Abubakar Adamu is patently and outrightly unconstitutional, illegal, and even immoral. Adamu had served Nigeria for 35 whopping years, when his tenure expired on February 1, 2021, by effluxion of service years in accordance with extant laws. He had given his very best, which though hardly above average, was miles apart and far better than his disastrous and highly political and politicised Niger State – born predecessor, Ibrahim Kpotun Idris.

He duly retired on February 1, 2021. Is Adamu the only qualified Nigerian to be the IGP in a country of about 2010 million people? Didn’t the president and the presidency know very well before now that his term was due to expire by effluxion of time on 1st February? Why was this self-imposed sense of urgency that has now enlisted a fire brigade approach, which is patently unconscionable and unfair to servicing police officers, who look forward to occupying the now vacant position?

This was how they promoted and egged on Mr Ibrahim Magu, ex- Acting Chairman of the EFCC. They said only him could be EFCC Chairman and could therefore act in office forever, till kingdom come, in an acting capacity, notwithstanding his two- time rejection by the confirmatory authority, the Senate of Nigeria. The rejection was based on a damning report by the same Government’s secret Police report (the DSS), to the effect that Magu suffered serious integrity test.

It is now Adamu. The same forces, the sectionalistic, prebendalistic and nepotic forces are at work. They have already flown the kite that the president will appoint the next IGP simply on merit. Of course Nigerians now know that merit is a cruel euphemism for a Northern Moslem. Is this how to grow a pluralistic country? Didn’t they see the rainbow coalition and “Dolly Parton’s ‘Coat of Many Colours” represented by Joe Biden’s cabinet?

The law Sections 214,215 and 216 of the 1999 Constitution and Section 7 of the Nigeria Police Act are quite clear that any action by Adamu after February 1, 2021, is null, void and of no effect whatsoever. Section 215 (1)(a) provides: There shall be- (a) An Inspector-General of Police subject to 216(20 of this Constitution shall be appointed by the President on the advice of Nigeria Police Council from among serving members of the Nigeria Police Force. The same Section, 215 (3) states that: The President or such Minister of the Government of the Federation as he may authorize in that behalf may give to the Inspector-General of Police such lawful directions with respect to the maintenance and securing of public safety and public order as he may consider necessary, and the Inspector-General of Police shall comply with those directions or cause them to be complied with.

Section 7(6) of the Nigeria Police Act 2020, provides thus: “A person who is appointed as the Inspector General of Police Shall hold office for four years”. Section 18(8) of the same Police Act 2020 states: ‘Every Police officer “Shall” on recruitment or appointment, served in the Nigeria Police Force for a period of 35 years or until he attain the aged of 65 years, which ever one is earlier. The use of the word “shall” by the statute makes it impossible for the tenure of IGP be extended by any person.

The president cannot therefore administrately amend the Police Act, 2020, by extending the tenure of the IGP. The executive does not make laws.It executes laws made by the National Assembly, as provided for in section 214 (2) (a).

By the way, when last did we hear Mr president convey a meeting of the Nigeria Police Council as provided for in section 27 of the third Schedule to the 1 1999 Constitution? That council comprises of Mr president as Chairman, all the Governors of the 36 states, the Chairman of the Police Service Commission and the IGP.

What we have seen all along is Mr president solely appointing an IGP and also solely elongating his tenure in a most unconstitutional, illegal, unlawful, capricious, whimsical and arbitrary manner. We must learn to be followers of laws and not men, a country where we build strong institutions and not strongmen.

Review of the New Practice Direction of the Edo State Small...