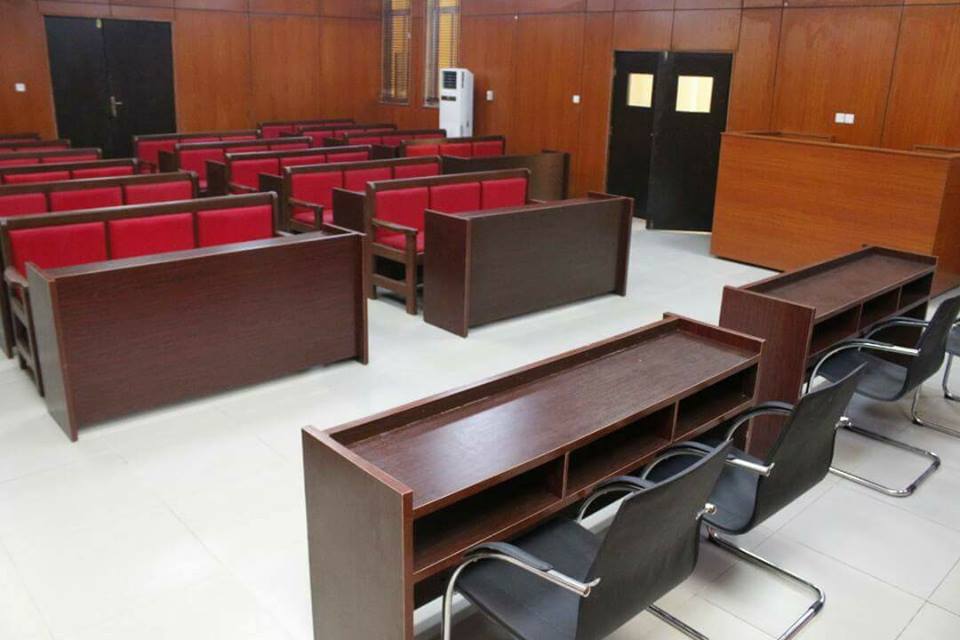 Scores of protesters on Thursday stormed the Abakaliki High Court complex to kick against the judge’s recusal from the suit on the dissolution of the Caretaker Committee of the Ebonyi Peoples Democratic Party (PDP).

The protesters, numbering at least 100 and believed to be loyal to the former Chairman of the committee, Chief Onyekachi Nwebonyi, marched to the court premises at about 4 pm to register their anger over the development.

They started with a march through the major roads in Abakaliki metropolis, chanting war songs before heading for the court complex but warded off at the gate by security operatives.

One of the protesters, who spoke to the News Agency of Nigeria (NAN) on the condition of anonymity, said they were not comfortable with the decision by Justice Mr Vincent Nwanchor to recuse himsef from the matter.

“We suspect foul play in this matter and we are demanding the immediate reinstatement of Nwebonyi as the authentic state chairman of our party,” the protester said.

A judiciary staff, who identified himself simply as Cletus, said it took the intervention of security personnel to stop the protesters from gaining access into the court complex.

“They were chanting ‘we no go gree o’, ‘we no gree’, as they attempted to make their way into court complex when courts were already in session.

“But the quick intervention of armed policemen drafted to the court deterred them from gaining entry into the premises.

NAN recalls that Nwebonyi had gone to court to challenge the dissolution and appointment of Chief Fred Udeogum by the National Working Committee of the party to replace him.

ALSO READ   Osinbajo, 131 Others Honoured at the Body of Benchers Award Ceremony

The judge on Wednesday announced his withdrawal from entertaining the matter, following an application by Counsel for the party, Mr Mudi Erhenede, demanding his recusal.

Erhenede had alleged that his client would not get fair hearing should Nwanchor continued to preside over the case.

By his recusal, Nwanchor became the third judge in a row to recuse themselves from entertaining the suit.

NAN recalls that the Chief Judge of the state, Justice Anselm Nwigwe, and Justice Elvis Ngene, had earlier recused themselves from the matter.

PDP in Ebonyi has been dogged by leadership crisis in the aftermath of the defection of Gov. Dave Umahi from the party to the All Progressives Congress.