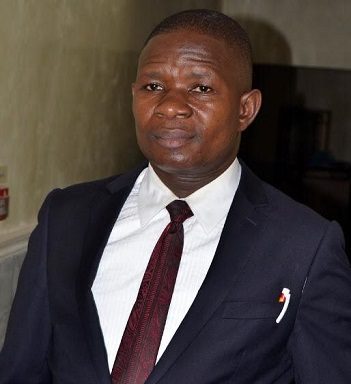 Memory Verse:
“… the wages of him that is hired shall not abide with thee all night until the morning”.(Leviticus 19:13).

Later on the same day, this time, with pains in my head, sadness in my mind and weeping in my heart, I read this piece of news: “Gov. Ayade Said He Did Not Authorize Appointment Of Magistrates And Would Therefore Not Pay Them — Acting CJ, Justice Eyo” (published by thenigerialawyer). Hear the AG CJ of Cross River, Justice Eyo Effiom: “I was appointed the Acting Chief Judge two and a half months ago and I heard that some Magistrates were appointed but the governor said he did not give clearance for their appointment and so will not pay them”.

The Acting State Chief Judge explained that there was nothing anyone could do to change the situation until Gov Ben Ayade changes his disposition. Until Governor Ayade changes his disposition. Gov. Ayade, a University Lecturer, a Professor and later a lawyer. Governor Ayade, Governor of Cross River State. Governor Ayade that cries everyday, saying he doesn’t want anyone in Cross River State suffering or being oppressed by Government agencies. Governor Ayade who has been regularly collecting his own salaries and allowances, plus security votes, running into millions of naira, every month, since 2015. The same Governor Ayade is the one who has refused to pay salaries of officers of the law, Their Worships, Learned Magistrates who have been sitting and dispensing justice, determining cases and adjudicating upon disputes, for the past two years.

I had thought he had any good, rational excuses for withholding salaries of these innocent workers. Now, having seen this headline and gone through the news item, I have come to the irresistible conclusion that Governor Ayade has no human sympathy. But, wait, what type of tears has he been shedding all this while? Governor Ayade, dear Mr Governor, teachers are known to be exemplary, humane and sensitive to the plight of others while professors are seen as people of exceptional academic skills and attainment, which should ordinarily translate to exemplary skills in leadership and governance. Governor Ayade, barrister and solicitor of the Supreme Court of Nigeria, if you could treat fellow learned gentlemen, and the institution of justice with such disdainful neglect, only God knows what other people in Cross River pass through daily in your hands. And it appears don’t listen to wise counsel. The state’s AG CJ has indirectly confirmed this: “all interventions had been made but the Governor insists he never approved their employment”.

Merely for passing constructive criticisms against your steadily dwindling governance attitude and skills, you had caused and enjoyed the incarceration of a journalist, Agba Jalingo. Mr Jalingo, the publisher of CrossRiverWatch, was arrested on August 22, 2019 by police officers of the Special Anti-Robbery Squad over a report he had published alleging that Governor Ayade had diverted N500 million belonging to the State. Instead of apologising to God, man and the journalist for the sins you committed against him, and by extension, against humanity, see your defense: “Gov. Ayade breaks silence, claims detained journalist tried to overthrow Buhari ( published by premiumtimesng). The poor, innocent guy was later shockingly charged with “treason”, merely for criticizing your poor governance style. For several months, he remained in custody while you continued crying and claiming to be a good Governor and all.

Governor Ayade, thank you for turning your back against the law,l and justice, and for desecrating then institution of justice. Not everyone is fooled; you can only fool some, sometimes, but not all, all the time! Please, do not pay those salaries you’ve seized, are still seizing. But remember, the money belongs to the State of Cross River, not to the Ayade family. The Magistrates are fellow Cross-Riverians, and who have been working hard on their official duty post for about two years now.

Please, I repeat, keep withholding their duly-earned salaries over this legally and morally groundless reason you’ve reportedly offered.But, please I have a question for you: if as you claimed, you didn’t approve of their employment, why didn’t you stop their employment and why did you allow them to start work, to continue work and to so continue for two years? You’re a lawyer and you know a legally binding contract may be born through/by estoppel, by conduct, or by standing by. Having passively allowed them to get employed, and to have been working for the past two years, when you had all the power to have stopped them, but didn’t, are you not legally estopped from denying endorsement of, or knowledge of their employment or owing them? Can you bring Into any court of law, such a ridiculous excuse as you now offer? Please, keep their salaries and do not pay. But for as long as you keep keeping those salaries, so long must we keep reminding you that you’ve thereby shown yourself to be a crucial part of everything that’s not going on well with this country — a country that all of you have unfortunately messed up.

Meanwhile, I am waiting for the next episode of your cry-cry video drama series. I can’t wait to see the face you’d use to cry even as you sit happily and unscrupulously upon duly-earned wages and salaries of your innocent employees/workers.

Lest I forget, sir, I think I once saw you quoting the holy Bible. How come you have suddenlly forgot that the wise saying that “a worker deserves his wages” is one of the most important lessons and injunctions of the Bible. Did you really forget or you just have closed your eyes to this (see: 1 Timothy 5:18; Luke 10:7; Matt 10:10; Leviticus 19:13).

Finally, I leave you with these words, since you’re said to be a Christian: “… thou shalt give him his hire, neither shall the sun go down upon it; for he is poor, and setteth his heart upon it: lest he cry against thee unto the Lord, and it be sin unto thee”(Deuteronomy 24:15).

Thank you, Your Excellency, for withholding the wages of your workers against law, reason, common sense and even Bible injunctions.

Final question: Would your fans come also after me for “treason” after you read this disinterested counsel/comment of mine? Anyway, I try to stand or speak for truth, rule of law and justice, no matter whose ox is gored. I am in this wise guided by Thomas Hardy’s statement in Tess of the D’Urbervilles: “if an offense come out of the truth, then better is it that the offense come than that the truth be concealed.” What’s more?

Truth is not only violated by falsehood; it may be equally outraged by silence. It is not because things are difficult that we do not dare, it is because we do not dare that they are difficult. Our lives begin to end the day we become silent about things that matter. Be who you are and say what you feel.

All that is necessary for the triumph of evil is that men do nothing or say nothing. Concerning the fear for safety, I recall the counsel from an anonymous voice: “act boldly and unseen forces will come to your aid.”

I come in peace!
Respectfully, from your learned colleague, a fellow teacher,
Sylvester Udemezue (udems)

Of Contempt, Justice and Abuse of Power

Insights into the Land Use Charge Law of Lagos State, 2018