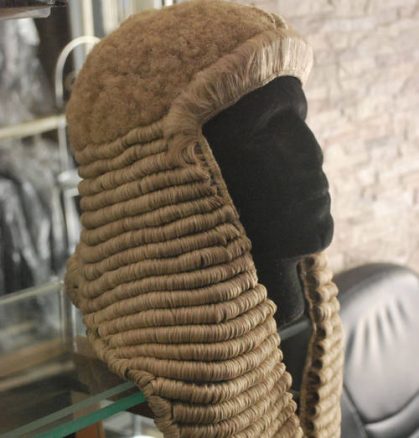 In addition, Dr. Banire filed a N200 million suit against the respondent before the Lagos State High Court for alleged damage of his reputation.

In suit number, ID/ADR/1582/2020, the claimant is demanding for a declaration that the publication in the defendant’s letter dated the 1st day of September 2020 written to the Managing Director of Stanbic IBTC Bank is libelous and designed to defame the claimant in the eyes of right-thinking members of society.

He is also seeking an order compelling the defendant to immediately withdraw the said publication and tender an unreserved apology in two national daily newspapers.

Also, in his petition with reference number, BB/LPDC/287/2020, Dr. Banire stated that the respondent, in his letter to the Managing Director of Stanbic IBTC Bank made uncourteous and defamatory statements against him.

The letter to the Managing Director of Stanbic IBTC Bank is also alleged to be in violation of Rule 15 (2) (a), (3) (g) & (j) of the Rules of Professional Conduct for Legal Practitioners.

Banire contented that the alleged statement constituted a direct attack on his personality and integrity, as well as legal practitioners in his law firm and Chief Magistrate I of the Lagos Magisterial District.

Highlighting the facts leading to the alleged act of unprofessional conduct, the petitioner stated that the Executor and the Executrix of the estate of late Mrs. Helen Aroon Gill Johnson briefed his firm, M. A. Banire & Associates, to represent them in a number of cases and take immediate and necessary steps in the pending suits.

However, in his defence, the respondent, Oluyemi Osho, denied the allegation of misconduct stating that he was not privy to the instruction said to have been issued to the applicant’s law firm by Mrs. Yetunde Onyekweli, Mr. Oluwatobi Onyekweli and Mr. Christopher Ibukunoluwa Johnson to represent their interest in the suits listed in the said letters.

According to him, the Originating Application was said to have been filed by the listed claimants who were stated to be “suing for themselves and on behalf of the estate of the late Mrs. Helen Aroon Gill Johnson”, even though the letters of instruction were issued for their personal legal representation.

The respondent added that out of the 12 grandchildren stated in clause 18 of the Will, the applicant only had instruction to represent Oluwatobi Onyekweli, while the other 11 beneficiaries whose interests were directly affected by the account in respect of which Suit No. M/341/2020 were not informed of the pendency of the suit, neither were they joined as parties to the same.