Have you ever been a position where you do not fully appreciate your capability? When was that? How did you realize that and what did you do with that realization?

Here is how I discovered my own ‘lawyer’s power’ very early in practice.

In 2016, a few months after I was called to the Nigeria bar, I had a reason to lodge in a hotel for the weekend in Lekki Lagos. It’s a reasonably premium hotel, you know, the hotels that are not too posh but posh enough. So, the weekend was going to be fun or so I erroneously thought.

I remember arriving the hotel around 6.15 pm or thereabout on that Friday to a cool cozy suite. However, towards the hour of 8pm, the power went off. After waiting for more than an hour with no power; In which time I kept rolling on the bed and pacing restlessly in the room. Believe me, you don’t want to be in a totally sealed hotel room without power. When I could no longer take it, I decided to go downstairs to the lobby and to inquire what the problem was.

When I got down, a lady was already there, obviously an occupant with the way she was raising her voice in rage at a female receptionist. I stood by calmly listening, gathering that the main generator developed issues and the backup generator due to the long time it was last used was giving issues coming on. Turning away from the female receptionist and the enraged lady, I asked the male receptionist standing not too far away, “So please, what’s the way forward? Is there a chance the power is coming back up soon?”

“Yes sir, soon sir…. please sir, we’re on it “ he answered in that flowery Naija way only a fellow Nigerian will recognize as lies.

At that moment the enraged lady stormed out in anger. We all turned and stared at her as she retreated.

“Mtcheew! Women! As if she no know say na Naija we dey”.

I turned swiftly to stare at the female receptionist. She bent her head in embarrassment, only realizing she murmured that loud enough for me to hear.

Already making up my mind, I said nothing and left them there wondering. Power came back on Saturday evening but went off again after 3 hours and didn’t come back again until I left the hotel on Sunday.

On Monday I suited up to work. Work was at a corporate law firm in Lekki Lagos where I was serving at the time. I drafted a demand letter addressed to the hotel to precede a definite pre-action notice if they fail to meet with my demands.  My senior colleague back then had a field day laughing at me when I told her I was going back to sue the hotel. “So na just 3 months of answering Barrister and you wan find trouble“.

Immediately after office hours I printed the documents and set off on my journey. My nerves remained intact until I was dropped off at the junction and began my walk towards the hotel. I began doubting myself, started to see myself as merely a beardless 25-year-old lawyer without any experience. That was the beginning of a mantra that has led me till date “what’s the worst that can happen?”.

ALSO READ   “By October You Will Know Why I Read Law” — Actor, Kanayo O. Kanayo

I got to the lobby. The male receptionist recognizing me, “Good day Sir, we’re glad to have you back again”.

“Thank you” I answered, “but I’m here to meet with the manager of this hotel “.

To queries for my reason, I said nothing, I only brought out a complimentary card given to me just weeks ago which bore merely “junior associate “ of my law firm and gave it to him.

His eyes widened in shock realization as he read the contents.

“Tell him a lawyer is requesting to see him”, I said, smiling for the first time.

Within minutes the manager came down personally to usher me to his office. At that point I was trying so hard to keep a straight face.

“I gather you were an occupant here during this our rarely discomforting weekend “, he started to say after greetings and pleasantries were exchanged, “please accept our sincere apologies”.

“That’s alright”, I said, giving him the demand letter across the table, “ but it’s already too late for that”.

“Young man, is this a joke” he asked incredulously.

“It’s not” I answered coldly, “and you’ve 3 days to meet with my demands or I’ll see you in court”.

I left his office that day sure he’ll probably toss the letter away. At that point, I wasn’t certain how far I was willing to go but more importantly I was just having fun . Enjoying the thrills for the first time of what I’m capable of as a lawyer.

Two days later I got a call from the manager requesting my presence that the management have decided to pay me after being advised by their team of lawyers . I had to sign documents reliving my rights to sue them subsequently though.

ALSO READ   The Other Side of the Law: The Lies They told us about Legal Practice

All in all, it was an awesome experience that thought me the power of daring and trying, for again  “what’s the worst that could happen “.

Ifeanyi is an avid reader and writer, who possesses an innate love for creative writing and a degree in Journalism. contact  clembertpartners@gmail.com, 08121101333. 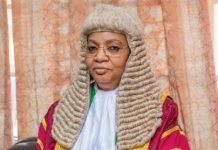