Home Opinions The Implication of Online Censorship on Freedom of Expression 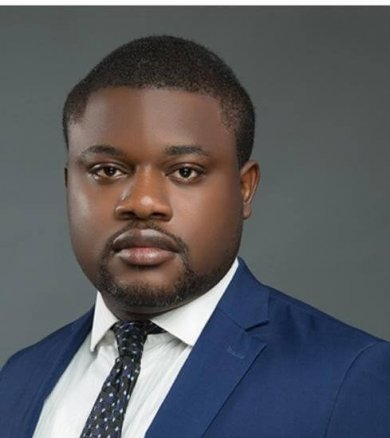 The Federal Government of Nigeria recently banned Twitter in Nigeria shortly after the tweet of the President calling for the ruthless decimation of calls for Biafra in the South East was taken down by the platform. The government further directed all broadcasting stations to cease the use of the platform. The government has also indicated that its intent is to regulate social media generally. This development is not surprising. The present administration has never hidden its disdain for social media under the guise of preventing abuse. Many believe, quite justifiably, that perhaps the real reason is social media’s potency in holding the government accountable. The government had termed social media criticisms by Nigerians as fake news or ‘hate speech’ simply to criminalize it with the ultimate goal of regulating social media.

This Negative State approach to regulation of social media will undermine the freedom of expression guaranteed by section 39 of the 1999 Constitution as amended and international conventions to which Nigeria is a signatory. There is a delicate balance between the need to protect the society from falsehood and creating a dictatorship. A feature of dictatorial regimes is the enactment of various laws surreptitiously aimed at subjugating opposition but presented as a genuine attempt to deal with problems of national security, sedition, libel or falsehood. A prescriptive legal framework against online/social media news will prevent real stories from being published for fear of consequences and could become a weapon of political warfare and emasculation.

The experience of other countries in attempting to deal with the scourge of fake news and misinformation online shows that freedom of expression trumps the negative impacts of social media. In India, rules prescribing punishment for print and web journalists for spreading fake news was withdrawn within 24hours of its release after criticisms by media and human rights campaigners. The European Union has adopted the approach of self-regulation by social media companies with a threat of regulation if they fail to do so.  In the US, the First Amendment to the constitution protects free speech whether or not it is false. It is therefore difficult for a legislation to be made banning or censoring social media. However, individuals affected by false news may have recourse to tortuous claims like defamation. The US (like the UK) is also seeking to control foreign interventions in elections using false information rather than regulating social media generally.

Unlike in the US, though free speech is protected in France, there is a law, which limits false news publication by the media, but the law is limited and cannot be a basis for banning social media. The French Senate rejected recent attempts at a legislation banning fake news. Other countries like Mexico and Italy, have adopted the approach of media literacy by their citizens and are educating them and providing the necessary tools for detecting fake news. They are also collaborating with social media platforms to reduce the incidence of fake news. The only major democratic country where there was an attempt at a weeping legislation against fake news on social media was Malaysia. The law became effective in April 2018 but was repealed in October 2019 after a new Prime Minister was elected because it was considered to have stifled the right to free speech. In Germany, where the law forces online platforms to remove “obviously illegal” posts within 24 hours or risk fines of up to €50 million, enforcing the law has proven challenging, and officials are already making plans to review it. In any event, the law does not out rightly bans online or social media reporting but seeks their cooperation in taking down illegal posts after being notified by government.

While countries are taking different approaches to regulating social media, the underlying limitation to prescriptive regulation in many cases is the fear of censorship, dictatorship and restriction of free speech. This fear is justified. Historically, laws targeting how people express their views and opinions never solved the problem of falsehood but protected political demagogues and ruthless regimes.  In Nigeria, although section 45 of the 1999 Constitution allows legislative deviation from fundamental human rights including the right to freedom of expression and the press, such legislation must be reasonably justifiable in a democratic society. There is nothing democratic about a legislation that would have the ultimate effect of restricting the use of online media that promotes free speech, which is the hallmark of democracy.  Social media is the 21st century’s greatest democratic tool and the definition of freedom in action.

ALSO READ   How to Sue for a Human Rights Violation - Dele Igbinedion Esq.

Free speech allows government and public officials to be held accountable; to take away the right under any guise is inimical to democratic practice and unconstitutional. There is no doubt that social media can be put to negative use but so is everything else including the air we breathe. The value of openness and transparency social media engender eclipse its negative impacts. The US with a similar constitutional provision as Nigeria has held that falsehood does not deprive one of the rights to free speech (United States v Alvarez, 567 U.S. 709 (2012)). The Nigerian judiciary demonstrated intolerance to legislation against free speech when it struck down the law on Sedition (Arthur Nwankwo v The State (1985) 6 NCLR 228). Laws like criminal libel, which is a relic of colonial rule, have been abolished in countries like UK, Ghana, Mexico, Norway, New Zealand and many other commonwealth countries.

Any regulatory framework aimed at combating fake news or hate speech online should focus more on strengthening third parties’ claims against purveyors of fake news and limiting its incidence through education. On the other hand, section 24(1) (b) of The Cyber Crime (Prohibition, Prevention, etc.) Act 2015 criminalizes false information spread through any digital platform causing annoyance, inconvenience, insult and hatred. When read alongside with section 95 of the Electoral Act, security agencies are empowered to arrest and prosecute people for false information, hate speech and generally spreading illegal information online. A measured and democratic application of the law will go a long way in solving the problems associated with social media.

Considering the possibility of using social media to spread false information, there is the temptation by countries, including Nigeria, to consider censorship or prescriptive regulation. This temptation must be measured against the constitutional right to freedom of expression and the press. An unguarded prescriptive censorship will paint the country in a bad light and greatly undermine its effort at seeking international cooperation in tackling serious challenges facing the country at this time. The answer to a headache can never be the cutting off of the head, just like withdrawing air cannot solve the problem of air pollution. There are existing legal frameworks that can be used against criminal elements on social media. Other measures that should be taken against false social media publication are public enlightenment and education, to nurture a culture of skepticism towards social media information. Emphasis should be placed on the need for verifying the source of the news or information. Whether or not a news publication is genuine may just be a click away. The European Union approach is also important. Laws can be enacted to place a gatekeeper’s role on internet websites and social media platforms as well as support for independent fact-checkers. The challenge here, however, is that most of these platforms are not hosted in Nigeria. This will give rise to difficulties in enforcing such regulations, although genuine collaborative efforts can be made with social media platforms to educate people and take down dangerous publications. Nigeria should also explore the option of bilateral and multilateral approaches to enable access to information about websites and social media platforms hosted in other countries.