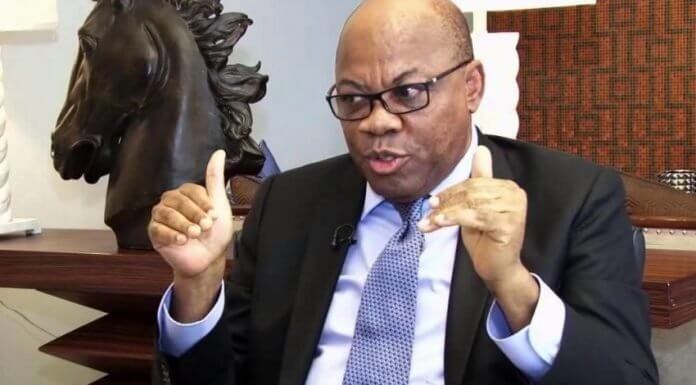 Chief Olisa Agbakoba (SAN), a former president of the Nigerian Bar Association (NBA) on  Wednesday said the Nigerian judiciary should take a cue from the trial of ex-policeman Derek Chauvin that the rule of law must always prevail irrespective of who is involved in a trial.

Chauvin, a former Minneapolis policeman, was convicted on Tuesday of second-degree murder, third-degree murder and manslaughter in the deadly arrest of George Floyd.
The 12-member jury found Chauvin, 45, criminally liable in Floyd’s death last year after considering three weeks of testimony from 45 witnesses, including bystanders, police officials and medical experts.

In a confrontation captured on video, Chauvin, who is white, pushed his knee into the neck of Floyd, a 46-year-old black man in handcuffs, for more than nine minutes on May 25, 2020, as he and three fellow officers arrested Floyd, who was accused of using a fake $20 bill to buy cigarettes at a grocery store.

“The lesson is that it is a cardinal principle of democratic consolidation  that the rule of law always prevails, in spite of all odds or who is affected”.

“The law is no respecter of persons. Amidst impunity and disrespect and chaos, the law comes down fully to deliver a just verdict and most importantly, without fanfare jurisdictional technicalities. This is what the George Floyd’s case has  established”.
“Here in Nigeria, we grapple with the basic matter of whether the judiciary is free  from executive control. I trust people in authority are listening” Agbakoba said .

Injunction: Court Orders Odua to Put NBA, Others on Notice, Adjourns to August 23