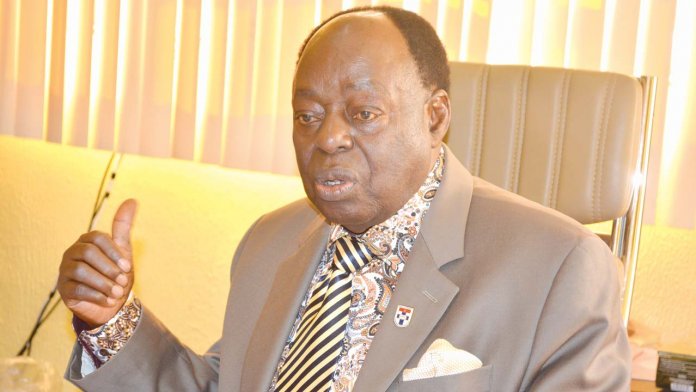 The founder of Afe Babalola University, Aare Afe Babalola, on Thursday, charged engineers to join in the crusade for the rebirth of Nigeria through having a new constitution that would allow professionals form majority of the National Assembly.

Babalola, who queried the number of engineers in the National Assembly at present despite the importance of the profession to development, urged them to wake up to prevent the country from collapsing.

He said, “As a very important body that holds the key to any development in any country, I urge you to go back home and join the crusade for a new constitution where engineers will play a major role in the revival of the country.

“Our problem is certainly the 1999 Constitution. A new constitution which will enable professionals like doctors, engineers, lawyers, and bankers, etc. form majority at each house is urgently needed.”

Babalola, who said lack of professionals including engineers at the decision making levels in the country had adverse effects, said, “The engineers must wake up. Our roads are bad, houses are collapsing. Unless you do something urgently, this country will collapse.

The ABUAD founder also urged the NSE “to impress upon the Federal Government to infuse entrepreneurship education into the curriculum of our tertiary institutions in the country. This will make our graduates employers of labour and not mere job seekers”.

In his lecture, a Professor of Civil Engineering, Dr Gbenga Aribisala, tasked the National Universities Commission to apply stringent regulations for the operations of special universities and polytechnics with a view to stepping up entrepreneurial and vocational skills among graduates.

Aribisala said the special institutions were mooted to give special skills and imbue graduates with knowledge to be job and wealth creators, lamenting that most of them now run courses outside their scopes and getting “polluted”.

According to him, the two major problems of insecurity and unemployment could only be solved with robust entrepreneurial and skills acquisition, which the special institutions could guarantee.

The don also hinted that part of why Nigeria remained economically retarded in terms of development of Small and Medium Scale Enterprise businesses has been that only 60 million out of 200 million Nigerian population have access to electricity.