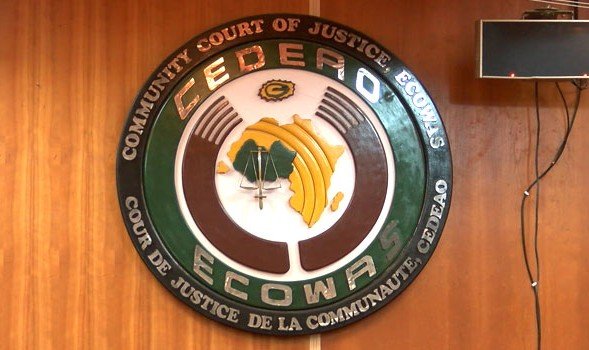 The children of late Mrs Kudirat Abiola have dragged the Buhari administration to the ECOWAS Court of Justice in Abuja over the unlawful killing of their mother.

Khafila Abiola, Moriam Abiola, and Hadi Abiola are suing for themselves and on behalf of the other children of Kudirat.

In the suit number ECW/CCJ/APP/62/2022 filed on their behalf by their Counsel Femi Falana, SAN, the children are challenging the “violation of the fundamental human rights to life and dignity of human person of the late Mrs Abiola.”

The Plaintiffs are arguing that, “the failure or refusal of the Defendant to protect the life of Late Alhaja Kudirat Abiola in the Republic of Nigeria amounts to a violation of Articles 1,4,5,18 and 23 of the African Charter.”

According to the Plaintiffs, “The combined effect of the said provisions of the African Charter and the Constitution of Federal Republic of Nigeria is that states will be held responsible if they fail to act with due diligence to prevent violations of the rights or actively involved act which amount to the violation of the plaintiff right (as in this case), and for providing adequate compensation.”

The Plaintiffs are also arguing that, “under the combined provisions of Articles 1, 4 and 5 of the African Charter on Human and Peoples’ Rights to which Federal Republic of Nigeria is a signatory, the Respondent has infringed on the right of the deceased to life, dignity of her person and security.”

The suit filed yesterday, read in part: “The applicants aver that Late Mrs. Kudirat Abiola was married to the late Chief MKO Abiola, a Nigerian and community citizen. Chief M.K.O Abiola contested and won the presidential election held in Nigeria on June 12, 1993. The selection which was adjudged fair and free by local and international election observers was annulled by the Ibrahim Babangida military junta without any legal justification.”

“On November 17, General Sani Abacha removed the illegal Interim National Government and declared himself the military head of state. In June 1994, Chief M.K.O. Abiola was arrested for announcing himself as the elected President of Nigeria on the basis of the June 12, 1992 presidential election won by him.”

“The Sani Abacha military junta charged Chief M.K.O Abiola with treasonable felony and detained him in solitary confinement in an undisclosed detention centre for 4 years without trial. Chief Abiola’s wife, Mrs. Kudirat Abiola led a campaign for the unconditional release of her husband from illegal custody and inauguration as the elected President of Nigeria.”

“Angered by her the pro-campaign campaign the Sani Abacha military junta decided to assassinate Mrs. Kudirat Abiola. On June 4, 1996, Mrs Kudirat Abiola was shot dead in her car at Oregun area in Lagos, Nigeria by unknown gunmen.”

“Following the restoration of civil rule in May 1999, the Olusegun Obasanjo Administration set up the Justice Chukwidifu Oputa Commission of Enquiry to investigate the gross human rights abuse that occurred during the defunct military rule from 1966-1999. In a petition submitted to the Oputa Panel the Applicants requested for investigation of the circumstances surrounding the brutal killing of Mrs. Kudirat Abiola by gang of gunmen in Lagos on June 4, 1996.”

“During the sitting of the Oputa panel in Lagos on December 8, 2000 Sergeant Barnabas Jabila (a.k.a. Sergeant Rogers), a member of the killer squad set up by the Sani Abacha junta confessed that he shot Mrs. Kudirat Abiola dead and attempted to kill the late Senator Abraham Adesanya and Alex Ibru by shooting them on the instructions of the Major Hamza Al-Mustapha, the chief security officer of General Sani Abacha, from November 1993 to June 1998.”

“The evidence of Sergeant Rogers was not challenged by Major Al-Mustapha and his lawyers as they did not cross examine the witness because of the veracity of his evidence. A copy of the video tape of the oral testimony of Sergeant Rogers is hereby attached and marked Exhibit A.”

“But the appeal filed by the convicts against the judgment of the Lagos High Court was allowed by the Court of Appeal which freed them on technical grounds.”

“The Supreme Court of Nigeria has granted leave to the Lagos State Government to appeal against the judgment of the Court of Appeal and the appeal which has been filed is currently pending at the Supreme Court.”

“In Mohammed Abacha v. The State (2002) 31 WRN 1, the Supreme Court quashed the charge on the ground that the Appellant was not implicated in the murder of Mrs. Kudirat Abiola.”

“In spite of the finding of the Supreme Court the defendant has not charged Sergeant Barnabas Jabila (a.k.a Rogers), Mohammed Abdul (a.k.a Katako) and Aminu Mohammed with the murder of Mrs. Kudirat Abiola in any court of law.”

“The Applicants aver that the killing of Mrs. Kudirat Abiola by the armed agents of the defendant is illegal and a violation of her human rights to life and dignity.”

“The father of the Applicants, Chief M.K.O. Abiola was reported to have died in military custody on July 7, 1998. The Oputa Panel recommended that the suspicious circumstances surrounding the death of Chief Abiola be investigated but the defendant has refused to implement the recommendation.”

“In recognition of the presidential election won by Chief Abiola on June 12, 1993, the Federal Government has conferred the national honour of Grand Commander of the Federal Republic (GCFR) on him posthumously and declared June 12 as a public holiday in Nigeria”

The Plaintiffs are therefore asking the Community Court of Justice for the following reliefs:

1. A DECLARATION that the killing of Mrs. Kudirat Abiola by the armed agents of the defendant in Lagos on June 4, 1996 is a violation of her rights to life and dignity guaranteed by articles 4 and 5 of the African Charter on Human and Peoples’ Rights and articles.

2. A DECLARATION that the refusal of the defendant to charge Sergeant Barnabas Jebila (a.k.a. Rogers) Mohammed Abdul (a.k.a Katako) and Aminu Mohammed Sergeant Barnabas Jebila with murder for the brutal killing of Mrs. Kudirat Abiola in Lagos on June 4, 1996 is a violation of her rights to life and dignity guaranteed by articles 4 and 5 of the African Charter on Human and Peoples’ Rights and articles.

3. AN ORDER directing the defendant to charge Sergeant Barnabas Jebila (a.k.a. Rogers) Mohammed Abdul (a.k.a Katako) and Aminu Mohammed with murder for the brutal killing of Mrs Kudirat Abiola in Lagos on June 4, 1996.

4. AN ORDER directing the defendant to pay the sum of $10 million to the Applicants as compensation for the unlawful killing of Alhaja Kudirat Abiola.

Commercial Premises Liability In Nigeria: The Need For Business Owners To...