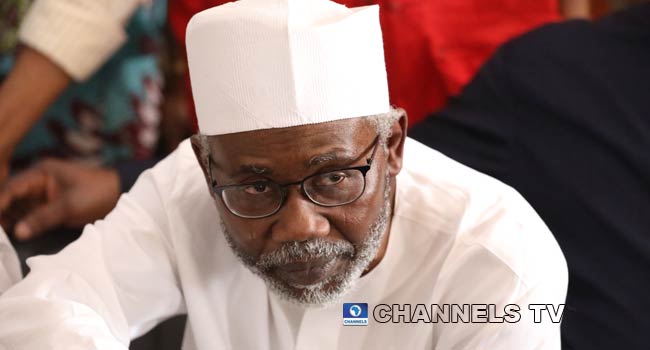 The Economic and Financial Crimes Commission (EFCC) on Monday told a Federal High Court in Abuja that six different statements made by an oil magnate, Aliu Abubakar, implicating a former Attorney General of the Federation (AGF) and Minister of Justice, Mr Mohammed Adoke in alleged $4 million money laundering charges, were not made under any threat or duress.

A witness of the EFCC, Ibrahim Ahmed, made the clarifications while testifying in a trial within trial following allegations by the oil magnate, Aliu Abubakar that he made the statements under threats, inducements and duress while at the EFCC’s office.

Following the allegation, counsel to Adoke, Mr Paul Erokoro, SAN, had objected vehemently to the admission of the statements against his client prompting the court on December 6, 2021, to order for trial within trial to ascertain the allegations.

However, Ahmed, an operative of EFCC, informed Justice Inyang Ekwo that the six statements made on different dates were recorded in the best conducive atmosphere in the EFCC Chairman’s conference hall with an air conditioner, CCTV and laptops used as part of recording gadgets.

The EFCC’s witness further told the court that Abubakar was always accompanied by two lawyers, Ameh Audu and Peter Ayuba, as well as his choice relatives while making the statements.

Throughout the period the statements were made, the witness said that Abubakar never raised any complaints against the mode of making them until the statements were about to be tendered in court in the course of their prosecution for money laundering.

Under cross-examination by Chief Wole Olanipekun, SAN, who stood for Aliu Abubakar, who is the 2nd defendant in the criminal trial, the EFCC’s witness said that Abubakar was indulged to the extent that his lawyer was allowed to record his statement on his behalf based on his narration to the lawyer and that he voluntarily signed them.

The witness read out a portion in the open court where Abubakar wrote that his lawyer, Ameh Audu be allowed to record the statement on his behalf because he has confidence in him, adding that the lawyer up till now had not made any complaint of threat, inducement or duress.

Meanwhile, further trial has been adjourned to Tuesday, May 10, 2022.

The anti-graft agency is prosecuting the erstwhile AGF alongside an oil mogul, Mr Aliyu Abubakar, on a 14-count charge.

In the charge, EFCC alleged that Adoke had sometime in August 2013, in Abuja, accepted a cash payment of the dollar equivalent of N300 million from Aliyu, and thereby committed an offence punishable under section 16 (2)(b) of the Money Laundering Prohibition Act 2011 (as amended).

Whereas Abubakar was also accused of accepting cash payment of the sum of $4 million from Faman Holdings Limited, through one Abdulhakeem Uthman Mustapha, in September 2013, the prosecution, told the court that Adoke made structured cash payment in tranches into his Unity Bank Plc Account No. 0020153263.

The prosecution maintained that the former AGF made cash payments that exceeded the approved threshold amounts, outside a financial institution.