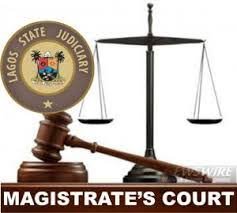 The Area Commander of Area N Police Command, Ikorodu Lagos has reportedly ordered a  Magistrate out of the police station at gun point.

The Magistrate is that to have gone to the station on the routine monthly visit to the correctional facility in line with the provisions of the ACJL.

According to some volunteers from NBA Ikorodu branch who partner with Duty Solicitors Network, the Area Commander is said to have warned the Magistrate never to come to the Police Station again.

“The magistrate requested for the presence of one Emmanuel Olukeji and the IPO said he was with the Area commander. While we were waiting, suddenly the Area Commander (AC) bounced on us.

The AC aggressively confronted the Magistrate and was shouting on her at the top of his voice. The Area commander harassed the Magistrate at close range . He said in his word “who are you or who do you think you are” you this woman don’t ever come here again, I have warned you”.

Thank God your Honour did not give any response.
The worst of it was him walking the Magistrate and the PDSS team out of the police premises.
He even confiscated the phone of one of the counsel on a believe that he was recording what was happening.

To stop the open embarrassment we were facing, we had to leave the police station premises.

The experience was horrible”

DSN convener; Bayo Akinlade, in making further enquiries was informed that the Area Commander was so violent that the Magistrate feared that he would physically assault her and that policemen with guns came towards them to force them out.

It is clear that the Police is violating provisions of the constitution and the ACJL.

This intimidation of magistrates must stop.

According to Mr. Akinlade, the Administration of Criminal Justice Reform Committee will be informed and he would expect that the section of the ACJL 2021 of Lagos State punishing any interference with the Magistrates visit will be activated.