In it’s renewed efforts to check the activities of corruption in the State Judiciary, the Bauchi State High Court has introduced security Embossed legal forms that will be given to clients by Commissioners of oath across the State Judiciary offices.

Recall that the Bauchi State Chief Judge, Justice Rabi Talatu Umar decried fraudulent activities of yet to be identified group of persons within the Judiciary through the use of forged documents belonging to the State Judiciary, a development that has plunged the state government into huge liabilities running into billions of Naira.

The Chief Registrar of the High Court, Barrister Emmanuel Danjuma Subilim who disclosed this in an interview with newsmen in his office, called on the general public and corporate organizations not to fall prey to the nefarious activities of the court touts, saying that with the new development, they should avail themselves the new improved services of the courts.

“The activities of Court touts issuing legal forms like affidavits and other related documents to unsuspecting clients of the Courts has prompted us to come up with innovative ways of checkmating their activities”.

“These touts forge our legal forms and fake our stamps, roaming around the court premises, on the look out for unsuspecting members of the public to defraud. Some of them are staff of the judiciary, while others connived with the staff to perpetrate the illegal act. And the irony of it is that, these unsuspecting members of the public pay even higher rates to these touts than what is obtainable officially”.

“Moving forward, the legal forms and other related documents that we will be issuing to our clients comes with multiple security features that is impossible to forge and also gives it a genuine legality”, Subilim said

The Chief Registrar also called on Commissioners of Oath to be vigilant and monitor the activities of touts in their respective areas of jurisdictions, pointing out that the high court has embarked on awareness campaign to enlighten the general public and corporate organizations on the availability of the new security encrusted legal forms that gives validity to their to their documents and actions.

“We are also using the electronic media like radio, television and our social media handles to further enlighten the general public on the availability of the new legal forms and other innovations embarked upon by the State Judiciary. This is to ease the processes of obtaining all their affidavits and other legal documents as may be required”, the Chief Registrar said. 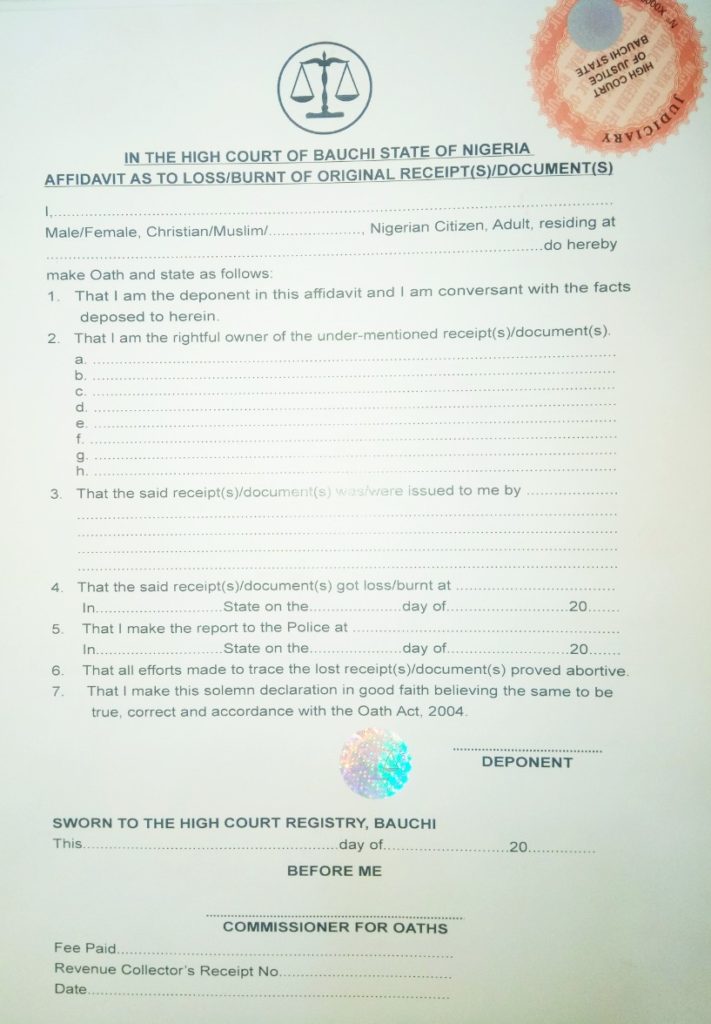