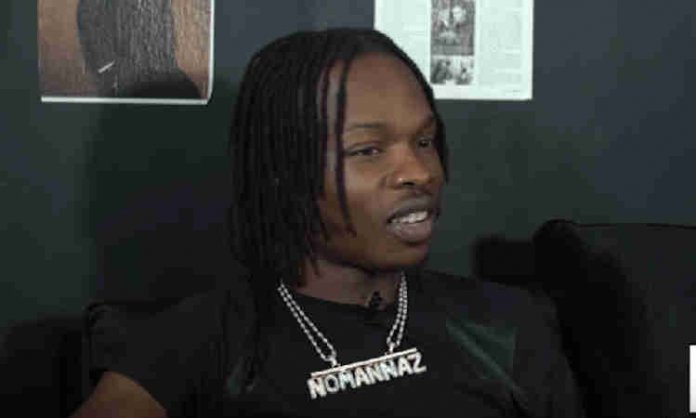 A cybercrimes expert, Whyte Dein, Thursday told the Federal High Court in Lagos that a forensic investigation by his team links hip-hop singer, Azeez Fashola a.k.a. Naira Marley, to a Visa card fraud.

Mr Dein, a Chief Detective Officer and Head of the Cybercrime Section of the Economic and Financial Crimes Commission (EFCC), was testifying before Justice Nicholas Oweibo in Naira Marley’s trial for alleged cybercrime offences.

The witness was led in evidence by EFCC prosecutor Mr Rotimi Oyedepo.

The EFCC alleged that some of the credit cards discovered in the defendant’s residence bore the fictitious names Nicole Louise Malyon and Timea Fedorne Tatar.

These, the agency alleged, were used in furtherance of internet scams.

At the resumption of proceedings, Dein told the court that his team’s investigation revealed various messages sent from the defendant’s iPhone to one Raze, who had asked for a credit card number and validity date.

“One of our findings from the forensic report shows the exchange of chat messages with several persons when the defendant sent credit card details, including card numbers and expiration dates. Visa card details were one of those sent by the defendant to a certain person known on his contact list as Raze. This message sent Visa Card details to Raze, after which Raze replied to him that the card was not valid.

“We were able to establish through investigation the previous messages he sent with a wrong card that was indeed not valid. We then repeated the same process a second time which was now valid.”

Dein also referenced Naira Marley’s laptop in his testimony, adding that the singer browsed on it via a multi-lingual web browser called Top Browser.

He said: “The defendant used malicious tools to disguise the identity and location of the user of the laptop when connected to the internet along with the presence of the Top Browser which acted as a single gateway to the dark net gave us a reasonable ground to suspect that the defendant had been engaging in fraudulent card activities or obtaining illegally. And this was established during a reply to our request to Visa Western Union Card.”

“The types of sites most commonly associated with the dark web are marketplaces where illicit goods such as narcotics, firearms, and stolen credit card numbers are bought and sold. The darkest corners are used to hire hitmen, engage in human trafficking, and exchange child pornography.”

Prompted by Oyedepo to offer his conclusion on the forensic evidence, the cybercrime expert opined that all of these and more pointed at the defendant as being involved in card fraud activities.

But Naira Marley’s counsel, Mr Olalekan Ojo, SAN, objected to the witness’s opinion. He contended, relying on statutory and case law, that only a court could conclude a case, based on the evidence.

Responding, Oyedepo distinguished the findings of an investigating officer from that of a court because, according to him, the conclusion of a court is what is binding on all parties.

Justice Oweibo adjourned till July 13 and 15 for ruling on the point and continuation of the trial.

The court admitted the same in evidence and marked them as exhibits G, G1, G2 and G4 respectively.

The court also admitted in evidence VISA WESTERN UNION’s response to an EFCC enquiry. The same was marked as Exhibit H.