Home Headline How Stringent Will Lagos State Be On “Okada” Ban? The Lagos State Government once again announced plans to enforce the ban on commercial motorcycles, popularly known as Okada in specific areas in Lagos. BENJAMIN ALADE examines the possibility of the state government going the long haul having made similar pronouncements in the past with no action.

The Lagos Government recently announced an ‘indefinite and total’ ban on the operations of Okada riders in six local government areas of the state.

He said with effect from June 1, security operatives should enforce the proscription order across the listed councils.

The latest directive is not without precedent as the state government, had, at different times announced a ban on this means of transportation, but it recorded little or no success due to politics and other circumstances that undermined enforcement.

The government attributed the ban on Okada to increased crime rate, carried out through the use of motorcycles.

However, motorcyclists who complained that their sources of livelihood would be adversely affected have resisted enforcement of the ban.

Besides section of the population is also opposed to the move, citing inadequate means of public transportation in Lagos and its environs.

The Lagos State Traffic Law 2012 prohibits the operations of Okada and tricycles, also known as “Keke Marwa”, from operating in certain routes and areas across the state.

This law only restricted motorcycles or tricycles with engine capacities below 200cc from operating on major highways. It also stipulated that motorcycles used for mail distribution or courier services should have a minimum engine capacity of 200cc.

Section 46 (1) of the Law stipulates that ‘no person shall ride, drive or propel a motorcycle or tricycle on a major highway within the state, and any person in contravention of this provision commits an offence liable on conviction to imprisonment for a term of three years, with such motorcycle or tricycle forfeited to the state’.

However, the law had been largely flouted going by the number of times government had banned Okada in the state since 2006. The Bola Tinubu’s government had restricted the operating hours of Okada riders, as it banned them from operating between 7 pm and 6 am every day.

Similarly, the Babatunde Fashola’s administration in 2012, placed a total ban on the operations of commercial motorcycles in the Ikeja axis of the state.

Also in 2017, the administration of Akinwunmi Ambode, again announced a ban on Okada activities on major highways, bridges and roads. It listed hundreds of routes where motorcycles and tricycles had been banned.

Sanwo-Olu, in January 2020, proscribed operations of motorcyclists and Keke riders in six local government areas, nine local council development areas and 10 major highways across the state with effect from February 1, 2020.

The government also banned Okada and tricycles from plying 40 bridges and flyovers across the state.

At the time, bike-hailing services such as Max, Gokada and Opay were in operation across major highways in the state. These were also later affected by the Okada ban.

Since the ban, bike-hailing startups like ORide (a subsidiary of Chinese-backed OPay superapp), Max.ng, Gokada among others, had switched to logistics and delivery services.

However, dispatch and food delivery riders with other logistics players like Gokada, GIG logistics, Domino’s Pizza, and Max Delivery, were allowed to remain in operation.

The Guardian observed that each time these bans were announced, the state task force set into action, impounding several motorcycles and tricycles.

According to the team, this will send a signal that the agency is poised to enforce the ban on activities of commercial motorcyclists in six local councils as directed by Sanwo Olu.

Chairman of the task force, Shola Jejeloye (CSP), who disclosed this, told The Guardian that despite arrests, the number of Okada riders kept increasing.

However, the enforcement was usually short-lived, as many motorcycles and tricycles returned to restricted areas, particularly highways, as demands for them increased.

This prompting the question whether this latest ban is for real or just another knee-jerk reaction to a menace that robs Lagos of its mega-city status. 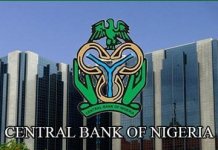