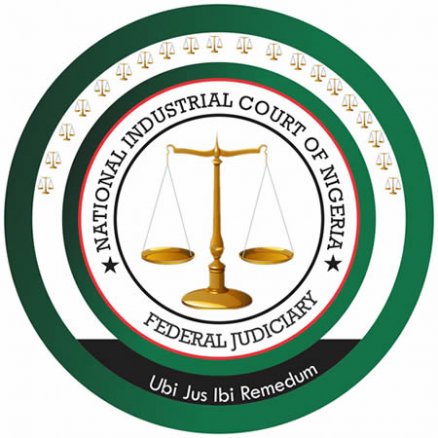 The Presiding Judge, Abuja Judicial Division of the National Industrial Court, Hon. Justice Osat Obaseki-Osaghae has declared Mr. Muyiwa Ogunlana’s punishment of indefinite suspension without pay, forceful resignation, and constructive dismissal from the Nigerian Stockbrokers Limited as wrongful and awarded the sum of N1,000,000.00 (One Million Naira) as costs of action against the firm.

The Court declared that no part of the employment contract and no provision in the Company’s Human Resource Policy provides for suspension as part of the disciplinary process or a disciplinary measure.

Justice Obaseki-Osaghae ruled that the conduct of the firm to humiliate, traumatize, and cause Mr. Muyiwa further injury is unacceptable in the world of work; ordered Nigerian Stockbrokers to pay him his outstanding salaries, for the months of March, April, and May 2014 and remit the pension contributions to his pension account.

However, on Mr. Muyiwa’s claim for special damages in the sum of N66,226,000.00 as his entitlement for premature disengagement, the Court held that there is no proof that he is entitled to remain in the company’s employment till he attains retirement age as either party is at liberty to lawfully bring the employment contract to an end.

From facts, the claimant – Mr. Muyiwa Ogunlana, an Assistant Manager, had admitted that he and one other staff were primarily in charge of the Operations Department at the material time; and he issued the Account Opening Package, and the entire transaction turned out to be a scam as the said client was an impostor together with his accomplices who are all now on trial for capital market fraud.

In succumbing to the undue pressure and threat from the firm, he stated that he had to send a handwritten resignation letter, and was paid some money, while some entitlements remain unpaid.

In defense, the defendant- Nigerian Stockbrokers Limited stated that Mr. Muyiwa Ogunlana had been verbally cautioned about his non-adherence to industry standards and that the defendant has zero tolerance for errors and negligence; that Mr. Muyiwa was paid all his entitlements after his resignation and nothing more.

The defendant averred that it set up a disciplinary panel where the claimant and one other appeared before the disciplinary panel and were both found to have demonstrated incompetence and ineffectiveness thus exposing it to a liability of N7,386,457.68 and recommended that they both bear the consequence of the losses.

The Defendant’s Learned counsel, Moses Ologwu Esq submitted that Mr. Muyiwa Ogunlana abused the process of court when he filed the instant case pursuing a similar relief as the one he had filed at the Federal High Court which was dismissed on 1st of March 2017.

In opposition, the Claimant’s Learned Counsel, Gbenga Ajala Esq argued that his client never received the report of the committee before he was advised to resign, and the instant suit is not an abuse of the court process as the reliefs sought are entirely different from the one filed at the Federal High Court.

Delivering the judgment after careful evaluation of the submission of both parties, the presiding Judge, Justice Osat Obaseki-Osaghae held that the suit is not an abuse of the court process and that parties in the two suits are not the same, neither are the reliefs Mr. Muyiwa is seeking are the same.

The Court further considered that the presence and membership of the Managing Director and the Compliance Officer as a feature in the constitution and composition of the disciplinary committee represents bias and becomes a justifiable basis for the claimant to plead bias and denial of fair hearing guaranteed him by the 1999 Constitution by the disciplinary committee.

Justice Obaseki-Osaghae ruled that the conclusions reached by the disciplinary committee as stated in the Executive Summary are doubtful, and the court cannot rely on them in the decision process.

“There can be no doubt that the claimant’s resignation was not voluntary. I find that the claimant was intimidated and forced to put in his letter of resignation having been threatened with termination of his employment and its attendant consequences should he refuse. This is a clear case of constructive dismissal.”