What could be driving the seeming determination of the Chief Judge of Akwa Ibom state, Justice Ekaette Obot, to go to any length to humiliate Mr Inibehe Effiong, a lawyer and human rights activist? If media reports are correct, why would the learned chief judge initially disrespect the fundamental rights of the incarcerated activist by refusing to furnish him with the Certified True Copy of his judgment, to enable Effiong exercise his right of appeal? The record of proceedings was however later released about 48 hours after Effiong filed a suit at the Federal High Court, Uyo, asking the court to compel the chief judge to release it.

While we leave the Court of Appeal to determine the propriety of the sentence of the activist by the chief judge for contempt in facie curiae (in the presence of the court), we consider it an abuse of power for the judge to in any way hinder the right of the convict to appeal the judgment. We urge the Nigerian Bar Association (NBA) to look into the circumstances surrounding the trial, conviction and delay of the appeal process, and if the judge has erred, to take necessary steps to bring him to justice.

The news that Effiong’s head and beards have been shaved by the Uyo Correctional Centre where he was transferred to, from Ikot Ekpene Correctional Centre, in controversial circumstance, aggravates the public concern about the motive behind the treatment of the activist. The report that Effiong was also beaten up in the correctional centre should be investigated by relevant authorities, and anyone found culpable should be dealt with in accordance with the law.

While we do not condone lawlessness before the court, the case of Effiong should not attract any special interest of the custodial authorities simply because the chief judge of the state is interested in the matter. We note that rights activists Femi Falana, SAN, and Richard Akinola have condemned the treatment meted out to Effiong by the court and the correctional centre, and we encourage other lawyers to speak up; for injustice to one, is injustice to all.

In his statement Falana stated: “the brutal torture meted out to Inibehe by the prison officials in Akwa Ibom State constitutes a violent violation of his fundamental right to dignity guaranteed by section 34 of the Constitution of the Federal Republic of Nigeria, 1999, and Article 5 of the African Charter on Human and Peoples Rights (Ratification and Enforcement) Act Cap A9 Laws of the Federation of Nigeria, 2004.”

Mr Falana recalled the case of Minere Amakiri, who was a reporter with the defunct Nigerian Observer, whose head was shaved with a broken bottle in 1973 on the orders of Alfred Diette-Spiff, the then military governor of the old Bendel State. While the correctional centre has reportedly denied torturing Effiong, and has claimed that shaving prisoners was routine, we wonder why the haste when Effiong had not exhausted his right of appeal.

We also encourage the prison authority to review such a routine policy, which can be dehumanising for those in their custody. It is contradictory for Nigeria Prisons to be changed to Nigeria Correctional Centre, while the prison authorities remain attached to the archaic practices associated with their past. Those sentenced to imprisonment should see their incarceration as an opportunity to mend their ways, and the way they are treated is part of that process.

The sentencing of Effiong by Justice Obot in circumstances that the NBA and senior lawyers have described as untoward deserves the expeditious review of the Court of Appeal, so that Nigerians are assured that justice has been meted out. To do otherwise is to give the impression that Effiong is a victim of an ineffective judicial process. 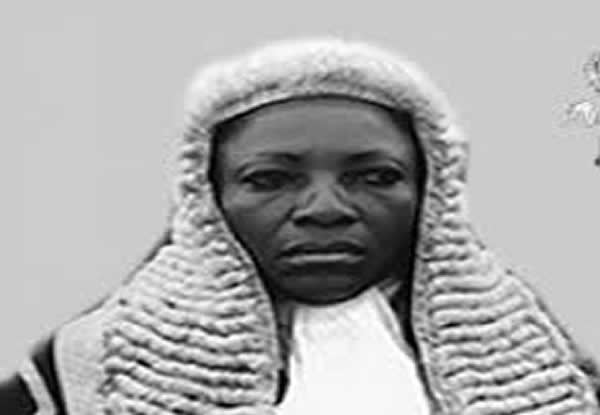