In trending videos, the lawyer cited a Supreme Court judgement allegedly delivered last Friday as having given him “licence” to dress in that manner, noting that he appeared without wearing shoes.

This is coming against the backdrop of a query given to a Bar aspirant for drinking water during Bar dinner without the use of a glass cup.

“This is how I will be coming (to court). By the Supreme Court judgement we have been given licence to dress in our religious attire because it will be an infringement or a flagrant violation of my fundamental right to freedom of thought, conscience and religion for anybody to stop me.

“You saw, I went into the Supreme Court and we have been given the licence. Even my children will dress like this to the Supreme Court and I will encourage my fellow traditionalists, those who are serving Olokun, and Sango and Sopano, God of Thunder, God of Iron, I will encourage them to dress like this because it is always good to be religious. We need to be close to the spirits.

“You can see, I am not wearing any shoes. Ifa has told me that if I wear shoes, I will be dead. So what will I do? I have to obey the spirits. By the Supreme Court judgement on Friday we have been given licence to dress in our religious attire because it is the mood of our worship.”

Asked whether he could be arrested by security operatives for dressing in that manner, he stated that not even President Muhammadu Buhari can arrest him for that, adding that “It is my fundamental right.”

He vowed to appear in court and present his case in the same outfit, saying the Nigerian Constitution did not bar him from doing so.

It was unclear at press time the judgement the activist was referring to. However, recall that the Supreme Court had last Friday given approval to female Muslim students to wear hijab to school in Lagos State. 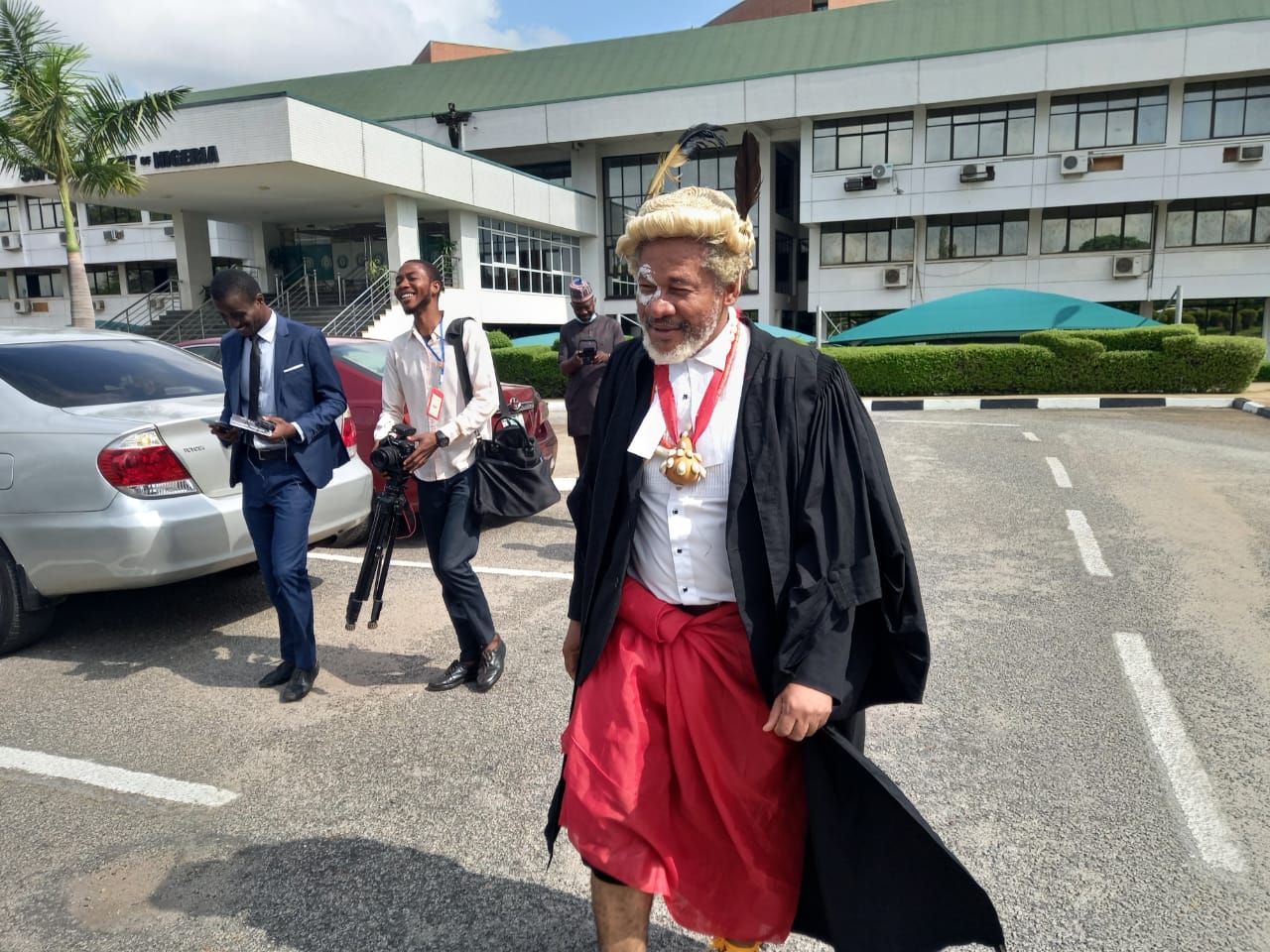 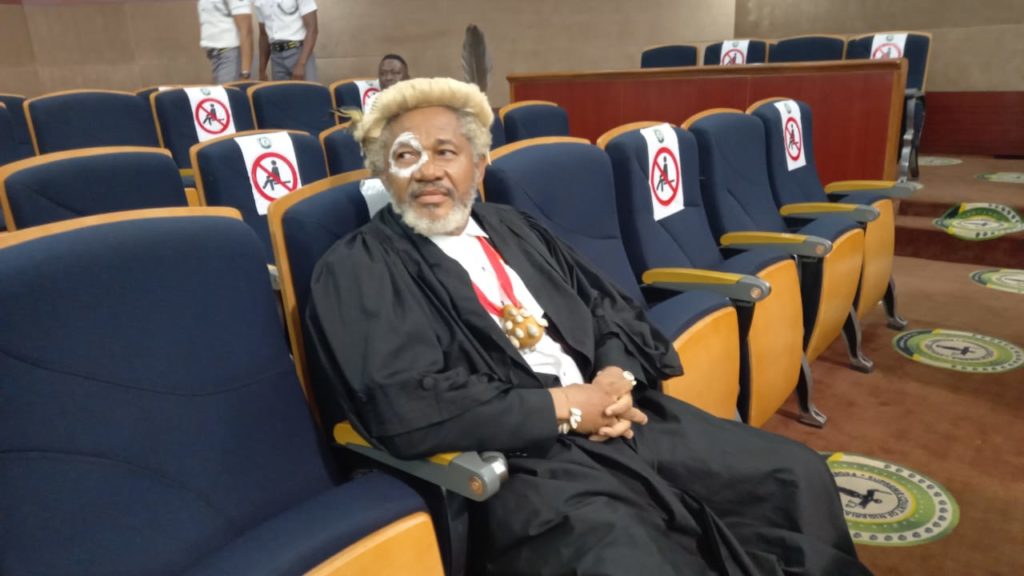 NBA Benin Branch Pays an Unprecedented Visit to the Oba of...