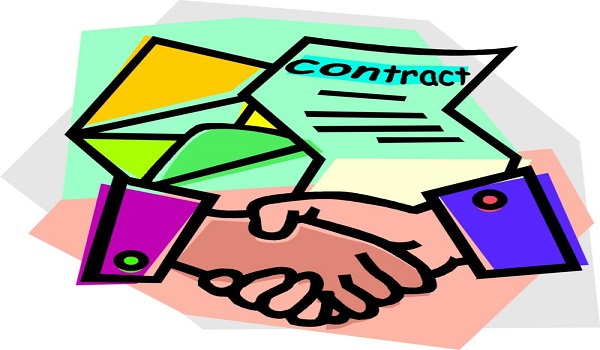 The Nigeria Liquified Natural Gas Limited (NLNG) on Friday, October 21 2022, issued a statement with regards to its state of affairs about a force majeure which it had declared. Although, earlier reports in the media showed that the NLNG had declared a force majeure as a result of its inability to carry out its operations due to the high flood water levels in their operational areas which led to a shut-in of gas production, the NLNG has clarified that the force majeure was declared not because the flood has affected its operations but as a result of the reduced capacity of its upstream gas suppliers to supply natural gas to the company. Whatever the case, the NLNG has activated the force majeure clauses in all its Sales and Purchase Agreements (SPA) and this will bring about significant consequences.

A force majeure clause in any contract is a term that entitles parties to a contract to be discharged from carrying out his obligations in the contract as a result of certain specified unforeseen event or events beyond the control of both parties. A force majeure is to the effect that a party is unable to fulfil its own part of the agreement and should be excused from performance. The contract may therefore be cancelled or the performance by such a party is suspended or extension of time is given within which the party carries out his part of the agreement.

As a general rule under the Nigeria law, all parties to an agreement must carry out their contractual obligations. The non-performance of obligations by any party under a contract is a breach of the contract and such a party is liable. However, there are certain situations where a party may be excused from such performance. Where parties to an agreement agree to that a party may be excused from contractual obligations due to certain unforeseen situations that may arise in the course of carrying out their obligations in the contract, then such clause may be enough to discharge a party from its obligation or postpone it to a later time. Such provision in a contract is known as a force majeure clause. Because force majeure is based on contract rather than the operation of law, this provision must be specifically provided for by parties in their contract. A party can exempt itself from liability for non-performance of its obligations under contact by relying on the force majeure or material adverse change clause in a contract, or as it is otherwise known, the common law principle of frustration.

By the declaring a force majeure, the NLNG is saying that it is unable to supply liquified natural gas to its international consumers as well as liquified petroleum gas to households in Nigeria and other persons it has entered into contract with as a because of the effect of the flood on the operations of its natural gas suppliers.

The NLNG is a liquefied natural gas (LNG)-producing company and a liquefied natural gas plant on Bonny Island, Nigeria. Jointly owned by the Federal Government through the Nigerian National Petroleum Commission Limited (NNPCL), and some oil and gas companies – Shell, Total and Eni, the company has remained one of Nigeria’s successful companies, with 18 billion dollars in dividends and 90 billion in taxes paid to the Federal Government since its operations began in 1999. The company’s establishment is backed by the Nigeria Liquified Natural Gas Fiscal Incentives, Guaranties and Assurances Act which, amongst other things, provides for the guaranties and assurances by the Federal Government of Nigeria to the Company and its shareholders.

NLNG has a total production capacity of 22 million tons per annum (mtpa) of Liquified natural gas and 5 mtpa of natural gas liquids from its six-train plant complex. However, over the years, the company has recorded a drop in its production output. Between 2020 and 2021 production went from ninety-three percent (93%) to seventy-five percent (75%) and is down by sixty percent (60%) in 2022 and NLNG’s export declined by almost twenty percent (20%). The company has 16 long term Sale and Purchase Agreements with 10 buyers and controls 6 percent of the global LNG trade.

NLNG’S Customers
Reports indicate that the company was operating at less than sixty percent capacity due to gas supply issues from oil and gas companies even before it declared a force majeure. This means that NLNG is unable to convert natural gas to liquified natural gas and liquified petroleum gas to consumers. NLNG supplies forty-five percent of Portugal’s liquified natural gas needs/demand and is the country’s largest supplier. NLNG supplies forty percent of the liquified petroleum gas for consumption by households in Nigeria while the remaining sixty percent is imported.

What happens to the contracts
In most contracts with force majeure clauses, provisions will specify several events, and then conclude with a broad, omnibus phrase such as “or any other causes or events beyond the control of the parties”. These omnibus phrases are interpreted as having a wider meaning and is usually not limited to the class of events expressly stated. Force majeure clauses may specify events such as wars, pandemics, natural disasters, and so on, as unforeseen, beyond-control events.

Although a force majeure clause works like the exclusion of liability clause, as it works to relieve a contracting party of an obligation or liability that it would otherwise have been subject to under the contract, it is quite different. Under Nigerian law, an exclusion clause may not be enforced by the courts for being prejudicial or ambiguous. A force majeure on the other hand, is upheld by the Nigerian courts most times even where it is one sided.