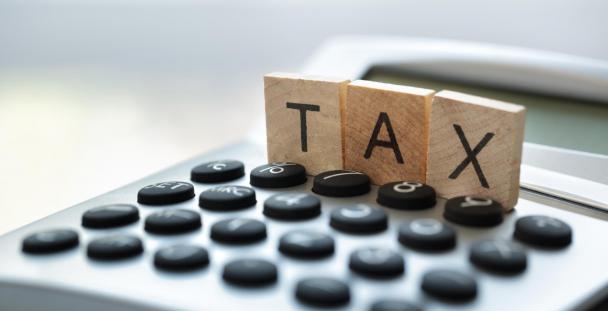 There are concerns that despite dwindling fortunes of federal, state and local governments, the authorities are unable to harness property tax to shore up their Internal Generated Revenues (IGR).

While many state governments have failed to adopt reform strategies to enjoy the full potentials (fiscal and non-fiscal) of property tax for boosting IGR in the country, others have not taken the idea very seriously.

But some homeowners say there are too many taxes imposed by states on property. The taxes on properties include capital gains tax, land use charge, withholding tax, probate tax, consent tax, stamp duty, registration fee, ratification fees, regularisation fees and development charges.

According to them, the various taxes have made the acquisition of property very expensive, thereby reducing supply of housing and raising sale prices and rents.
Under the federal system, allocation of powers to tax is usually done in such a way that each level of government will have access to at least one broad-based inelastic tax handle for sustainable revenue.

On the contrary, Federal allocation commencing in 1999 has shifted local council finance from taxation to dependence on allocation, thereby paving way for lack of sufficient revenue, extortion and illegal collection of revenue at the local government level.

Findings show that constitutional framework for tenement has hindered some states attempt to redesign their property tax, coupled with lack of comprehensive law on property taxation and lack of jurisprudence. However, some experts don’t think so. They hinge it on lack of political will to drive the system.

For instance, tenement rate or property tax is collected on a developed and occupied property by local government or Area Council and payable yearly on buildings, while land use charge is a yearly tax levied on capital value.

Many state governments who are desirous of shoring up their IGR, have introduced various forms of property taxation. Lagos, the acclaimed centre of excellence and trailblazer, enacted the contentious Land Use law of 2001.

In Lagos state, it forms part of charges under the Land Use Charge Law of Lagos, while the considerations for the charge are location of the property, purpose for which the property will be used and nature of the property.

In Lagos, the Land Use Charge is a consolidation of all property, land-based rates and charges payable under land rates such as neighbourhood improvement charges and tenement rates laws.

Other states like Ekiti and Edo, as well as the Federal Capital Territory (FCT) have keyed into the property tax system. Ekiti State government introduced mandatory payment of property tax payable by landlords and landowners across the 16 Local Government Areas under the Land Use Charge Law.

The government has begun aggressive enumeration of all buildings and landed property across over 130 towns in the state for hitch-free implementation of the tax policy.

The tax law is backed by the State Land Use Charge (LUC) Law No 3 of 2013, which comprise payment of ground rent, tenement rates and neighbourhood improvement levy. Ekiti State said that the implementation of the tax had been neglected, but time had come for it to be put to full use in view of the low revenues from the federal allocation.

Recently, Governor Godwin Obaseki of Edo State revealed plans to explore property tax as new areas to boost its IGR. “We have a major shortfall in the areas of property taxes because of a judgment which stopped the state from collecting tenement rates. So, we are dropping the issue, which is quite unfortunate because tenement is supposed to go to the local government.

“In the meantime, I have given instructions that property taxes must be collected as that is the basis on which we can continue to run the government. We cannot build any more roads, drainages, and attend to the needs of citizens without taxes,” he said.

The said property taxes should not be based on assumptions, mere conclusion of property value by individuals, old records and non-professional opinions, among other means, but it should be based on property values obtained from registered estate surveyors and valuers certificate of valuation.

The experts acknowledged that the issue of property tax is one of the nations’ untapped goldmines that remained the most viable, relatively stable, substantial and veritable source of IGR, particularly for urban municipalities.

Prof. Gabriel Babawale of the Department of Estate Management, University of Lagos, explained that property ownership is a measure of wealth and ability to pay tax.
He said investments on roads and other infrastructure project always enhance property value and there is moral and economic justification for government to levy tax on properties.

The Chairman, Association of Capital Market Valuers (ACMV), Chudi Ubosi, said current property taxes don’t meet his expectations as a practitioner. He said: “I say this with a lot of reservation. The point is that even with the limited number of property taxes that should be collected in federal and state levels, the government still does not have the machinery in place to collect them and rarely collects them.”

With surging property prices across the states, Ubosi, who is an estate surveyor and valuer said property taxes are rarely the cause of rising home prices. Prices rise as a result of several other factors such as demand, supply, construction costs and economy. “Property taxes are negligible in relation to value,” he said.

The Principal Partner, Ubosi Eleh and Company, doesn’t subscribe to the idea of property tax reform to spur economic growth. “The government does not need to cut property taxes. On the other hand, they need to show reciprocal good faith for those who pay taxes by providing infrastructure and services in those neighbourhoods that will enable not only the locality be a destination desired for residences but also one where property values will hold.

Ismail, who is the Vice President, Lagos Chamber of Commerce and Industry (LCCI), believes that property tax reform is necessary to spur economic growth and motivate much needed infrastructural development.

“Property tax is actually a low hanging gold mine. Using data of total development in a region you can immediately project and plan revenue streams,” he added.