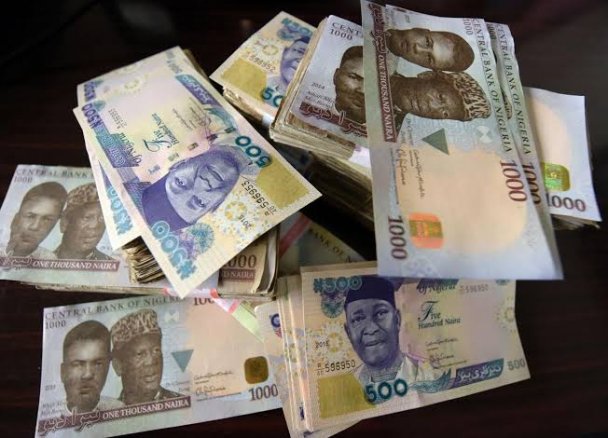 On October 26, 2022, the CBN announced plans to redesign and distribute new 200-Naira, 500-Naira and 1000-Naira bank notes to replace the existing ones. In making this announcement, Godwin Emefiele, Governor of the CBN, informed the country that this exercise has been approved by President Muhammadu Buhari and that the CBN will begin the distribution of the new notes by December 15, 2022, and said notes will be available for withdrawal by the public from commercial banks. The old notes will be used for transactions until January 31, after which only new notes will be legally recognised and used for transactions. Consequently, the CBN has less than three months to redesign, produce and distribute the new currencies, and four months to recall the current notes.

Countries around the world redesign and reissue their legal tender for several reasons. Chief among the motives is the prevention of counterfeit currencies. Redesigning currencies improve a currency’s security by enabling countries to keep counterfeiting low and stay ahead of counterfeiting threats.

The CBN expects that this dash to redesign Nigeria’s currency would reduce counterfeiting, encourage a cashless economy, and stave-off cash hoarding. Furthermore, it aims to bring more people into the financial sector, and even more ambitiously, reduce the incidences of kidnapping and terrorism because there will be no notes in circulation for ransom payments.
While the CBN has laudable causes in view, achieving the redesign, production and distribution of new currencies, as well as recalling the current notes in a manner which will effectively actualise the set goals, within the 3-4 months timelines indicated, will be a dream.

Thus, many have questions: why the rush? Why must it be completed within 3-4 months? Is this related to the upcoming elections? In what way? Where is the policy plan that will guide the process? And where is the evidence that redesigning Nigeria’s currency at this time, and in this manner will yield the results claimed by the CBN governor?

Nigerian law on currency redesign and redistribution
Sections 18 (a), 18(b) and 20(3) of the Act provide the CBN with the power to redesign and re-distribute currencies. According to section 18, the CBN shall “arrange for the printing of currency notes and the minting of coins; as well as issue, re-issue and exchange currency notes and coins at the Bank’s offices and at such agencies as it may, from time to time, establish or appoint”.

Section 20 (3) states that “notwithstanding sub-sections (1) and (2) of this section, the Bank shall have power, if directed to do so by the President and after giving reasonable notice on that behalf, to call in any of its notes or coins on payment of the face value there and any note or coin with respect to which a notice has been given under this subsection, shall, on the expiration of the notice, cease to be legal tender”.
As provided above, the only requirement for reissuing currency is that the CBN intends to do so, arranges for the process to be done, and gives reasonable notice of its intention to do so.

A look at Global Best Practices on currency redesign
It is trite that where there is an inadequacy in the provisions of the law, recourse is had to regulations, policies, precedents, and international best practices. To wit, we take a look at India’s 2016 Demonetisation Policy and the US’ current plans to redesign and reissue the US Dollar.

In 2016, the Indian government under Prime Minister Narendra Modi had a plan to stop corruption and reduce the amount of money in circulation by withdrawing and reintroducing the 500 and 1,000 denominations of the Indian rupee within six months.
In 2018, a Bloomberg report stated that the scheme froze “agriculture and small businesses with a liquidity shock, put people through unnecessary hardship, disrupted supply chains, and destroyed demand for everything from autos to property”. Net savings in India were reduced by 50 per cent a year after the policy was implemented. The currency in circulation also increased to 20 trillion rupees from 18 trillion rupees before the policy.

A 2018 report by the International Monetary Fund titled “Article IV Consultation Report on India”, also provided that the disruption caused by the cash shortages dampened consumer and business sentiments. The abruptness of the policy and the consequent shortage of cash led to the policy’s poor performance.

In the United States, the currency redesign and distribution exercise are both systematic and systemic. Before a Federal Reserve note enters circulation, it must pass through four critical steps which are design, order, production and issuance.

According to the US Federal Reserve, the primary purpose of any redesign is security – “the careful integration of exclusive security features to keep cash safe, secure and to ensure the stability of the US economy”. According to the agency in redesigning the currency, “notes must be resistant to increasingly sophisticated counterfeit attacks. New features, closely aligned with and integrated into the new design, are developed to address this threat. More than a decade of research and development, followed by years of optimization and integration testing into the banknote, is required to ensure the successful deployment of these features into US currency”.
The US Bureau of Engraving and Printing, which collaborates with the Federal Reserve as well as the Treasury Department and the US Secret Service, reported that the US has ongoing plans to redesign its currencies.

Nigeria’s 2022 currency redesign scheme and global best practices
Although the law does not give a procedure for the Naira redesign, a cursory look at global best practices indicates certain sine qua non that are not at play in this instance.
For one, from the foregoing, it is clear that abrupt timelines are almost certainly unbeneficial to any currency redesign scheme.

Going by the outcome in India, a 6 months timeline proved to be wholly short-sighted and ineffective and achieved none of its grand objectives. In the US, plans to effect the currency re-issuance has been on since 2011 with the first currency to be deployed, 15 years after, in 2026.
While many may not advocate for a 15-year plan for the Naira, most would agree that a three-month timeline to redesign, produce and distribute new currencies, in a manner that would prevent counterfeiting, encourage a cashless economy, stave-off cash hoarding, encourage financial inclusivity and reduce kidnapping and terrorism in the entire country is certainly ambitious.

For another, successful currency redesign projects are systemically and systematically produced, once every several years, not implemented on a whim. This typically involves the existence of a policy document indicating the timelines and the step-by-step actualisation of the currency redesign and when the first fruits of its objectives may be gleaned. At present, there is no indication that any such document exists or was considered necessary.

Furthermore, Nigeria has altered its currency four times in the last 15 years. In 2009, the 5-naira, 10-naira and 50-naira notes were converted from paper notes to polymer substrate following the success of the 20-naira polymer banknote issued in 2007 to improve the durability of the currency. In 2010, the 50-naira commemorative polymer banknote was issued to celebrate Nigeria’s 50th independence. The last redesign was in 2014 when the 100-naira commemorative banknote was issued in celebration of Nigeria’s centenary celebration. Besides the durability and celebratory qualities of the redesign, any notable economic or security advantages remain largely unknown and unattained. For instance, in some parts of the nation, the old 100-naira note is still used in transactions and exists alongside the centenary note eight years later. So the claim that all current Naira notes will cease being in circulation by January 2023 seems unsubstantiated.

Finally, successful currency redesign projects are actualised with the partnership of the public, not handed down. This involves an educational and informational campaign on the steps to be taken both by the issuing authority and the stakeholders as well as the expected outcomes of such a project. It also includes strategies to mitigate and manoeuvre any temporary hardships that may be occasioned by the exercise. For instance, the US Currency Education Program offer a 20-minute online course designed to help stakeholders learn about the security features of U.S. currency, because the more they know, the less likely they are to accept counterfeit notes.
None of these practices, to the knowledge of the public, has been calculated into the pace of the Naira redesign. Nigeria’s economy continues to be informal even after various redesigns of the currency with the dependence on cash for many transactions. Holding cash is still very popular; in fact, it is not uncommon for traders within Nigeria to hold hundreds of millions of Naira in cash for their operations, where is the initiative that will address this within the few working days left in the year? What about traders in West Africa who transact with the Naira as many western countries transact with the US Dollar? How are those in rural communities being catered to? These plans have yet to be communicated to stakeholders yet we barge on wholeheartedly towards the redesign expecting its uninterrupted success.
While it is also best practice to complete currency redesign and re-issuance as expeditiously as possible, many urge the CBN to be cautious in the current exercise to ensure that the redesign and distribution do not attract heavy, and more importantly, avoidable negative consequences.