· Commit to an urgent reconstruction of all interstate highways that form the backbone of Nigeria’s road transport network as a way of reconnecting Nigerians back with their country to make road travel the pleasant experience that it used to be.

· Commit to a strategy of ongoing rehabilitation and maintenance programme that will ensure that all existing federal roads are safe and motorable.

· Embark on a National Infrastructural Development Programme that will ensure the construction of 3,000km of Superhighway including service trunks and building of up to 4,800km of modern railway lines.

· Improve and modernize aviation infrastructure, ensuring all our airports and aircrafts are compatible with international safety standards.

· Renovate, enlarge and modernize the nation’s ports to cope with growing maritime traffic.

In 2015 while canvassing for the votes of Nigerians, the All Progressives Congress, APC, promised many things. Let us review those promises in relation to the network of roads in Nigeria. From the excerpts lifted from the APC Manifesto, two major promises were made to the people of Nigeria concerning roads, first was that APC ‘commit to a strategy of ongoing rehabilitation and maintenance programme that will ensure that all existing federal roads are safe and motorable’ and the second promise was to ‘embark on a National Infrastructure Development Programme that will ensure the construction of 3,000km of Superhighway including the service trunks’. In essence, APC committed itself to rehabilitate and maintain ALL federal roads to make them safe and motorable. This solemn promise was made in 2015 and seven years down the line, it is difficult to say that it has been fulfilled. In the South West of Nigeria, all the major highways are either abandoned or they have collapsed completely.

I had cause to travel by road recently, from Lagos to Ore, to Akure, to Ado-Ekiti, to Owo, to Akungba Akoko, to Lampese, etc. The experience was not funny at all, given all that I had previously heard from the Honourable Minister of Works and Housing, about how the Buhari administration has transformed roads in Nigeria and thus made traveling experience a pleasant one. For good order, the Constitution in its section 14 (2) (b) states clearly that the security and welfare of the people shall be the primary purpose of government. According to the learned authors of Merriam-Webster online dictionary, ‘welfare’ connotes ‘the state of doing well, especially in respect to good fortune, happiness, well-being, or prosperity.’ How happy can anyone be sleeping on the road for days, not because he has no bed at home, but due to the collapsed state of the roads, which have become mostly unmotorable. It is difficult to describe the current situation of the expressway from Sagamu to Ijebu-Ode and beyond, in terms of its mobility. You navigate it and then wonder if there is still a government in place in Nigeria. Why do they wait till the roads have deteriorated completely before steps are taken to effect repairs?

Now the Honourable Minister of Works and Housing is one who has earned the admiration of Nigerians during his stint as Governor of Lagos State, in the quality of leadership, the robust intellectual content of his landmark policies and how he inspired other intellectuals to join politics. So, when he was appointed by the President in 2015 as the Minister of Power, Works and Housing, the expectations were very high indeed. No doubt that the challenges that plagued the power sector seemed to have overwhelmed him, given his previous declarations whilst in the opposition camp that they could be resolved in just six months. Thus, during his first four years in office, attention was more on the power sector than the roads across the nation. But the promise remained with the APC that it would execute the two-pronged covenant of road rehabilitation and maintenance and road construction. Now I must give it to the federal government that under this same administration, the Apapa-Oshodi expressway has received massive rehabilitation, ditto the Lagos-Ibadan expressway and some portions of the Sagamu-Benin expressway. And I once listened to the Honourable Minister on the wonders of the Ogbomoso-Ilorin expressway too. This is about the summary of road rehabilitation in the South West region in eight years and it would seem that this is the same or similar situation with other regions of Nigeria.

The Third Mainland Bridge has since collapsed in major portions whilst the poor job being touted by Julius Berger Plc as road rehabilitation between Lagos and the Sagamu interchange has dwarfed any claim to success on that portion of the road. Months after the construction giant had claimed to have completed some sections of the road, you would see its workers blocking the road for reconstruction and weeks thereafter, those portions would cave in and become uneven. No serious-minded person will ever accept the shoddy job that Julius Berger is parading as road construction, after putting people through several months of suffering and agony. Personally, I have searched for any new super highway of about 300 kilometers embarked upon by the federal government in all of the South West region and I cannot find any but it is possible that this may be ongoing in other parts of Nigeria which I have not had the privilege of visiting. To me personally, the Epe-Ijebu-Ode expressway represents the kind of road rehabilitation that any government should bequeath to its people. It is a federal road said to have been constructed jointly by the governments of Lagos and Ogun States.

Recently, I was invited by a client to take up a matter in some part of Ogun State but when he mentioned that I had to go through the Lagos-Ota expressway area, I became scared and discouraged, given the dreary tales of many Nigerians on that road. Now back to my traveling experience. I set out from Lagos to Sagamu and then to Ijebu-Ode. Some portions of the road from Sagamu to Ijebu-Ode have failed totally, ditto some other portions from Ijebu-Ode to Ajebandele, but there were some motorable portions of the road up to Ore. The Ore-Ondo-Akure road has remained the single carriage way as was built during the Action Group years. My plan was to journey from Akure to Ado-Ekiti but when I got to Akure, I was told point blank by my colleague that I should not even dream of the journey from Akure to Ado-Ekiti., which is a federal road that has collapsed completely. We drove back to Akure-Ilesha road and then veered off to some narrow pathway to meander to Ado-Ekiti, spending long dreary hours to get there.

My colleague then narrated to me the sad story of the Akure-Ado-Ekiti expressway. In response to the plea of many citizens, the governor of Ekiti State was said to have approached the African Development Bank through which it secured about $100M as loan to embark upon the rehabilitation of the road. The expectation was that being a federal road, the federal government would endorse the loan and give a guarantee for repayment. However, that loan could not be accessed because the federal government declined to endorse the deal and so every day, people spend hours on a road that should take a travel time of less than one hour. When I finished my court session in Ado-Ekiti, we drove back to Akure to drop off my colleague and then continued my journey to Kogi State. This was where I saw hell. A little after Akure inward Owo, I saw loads of trailers and trucks all parked in rows, spanning long kilometres on end. They were all parked in a stationary position while all the drivers resigned in frustration. I saw a good number of them on their mats, eating, sleeping or just gazing hopelessly. The smaller vehicles were allowed to drive past a narrow path as the trailers had blocked the main expressway. We later diverted into a bush path through a muddy road leading to some villages before we got back to the Akure-Owo expressway again. On the other side also, we saw another long line of trailers inward Akure from Owo, parked in rows. How can we have a nation like this, I was wondering in my mind?

From Owo to Akoko region was fairly okay through the hills and valleys up to the Edo State portion which has also failed. I finally got to Kogi State towards the evening, tired and worn out. I concluded my assignment the following day and set out for Akure and met the same set of trailers still parked on the Akure-Owo expressway. We veered into the bush path once again to get to the Akure airport zone and through Oba Ile into Akure town to Ondo and Ore. A little before Ijebu-Ode, we started the hiccup on to Sagamu and then the final lap of Sagamu-Lagos end of expressway. We then joined the long queue on the long bridge, spending another two and a half hours through the narrow lane that Julius Berger created for motorists in order to execute the road rehabilitation and finally got into Lagos around 10pm. When I narrated my experience to some of my friends, their response was that this is what many Nigerians go through across the nation. So, in eight years, no single super highway has been built and the roads being rehabilitated have not been concluded and there is no assurance that they will ever be concluded before the end of this administration. Permit me to say that in the area of road construction and rehabilitation, section 14 (2) (b) of the Constitution has not been activated by the Buhari administration. This may be due to the rainy season however. You be the judge. 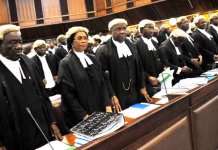 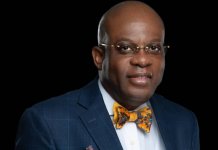