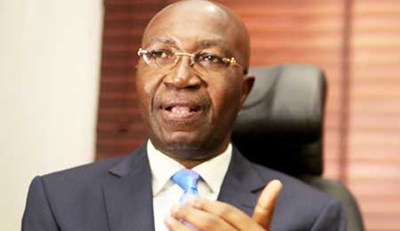 Chairman of Body of Benchers, Chief Wole Olanipekun (SAN), yesterday called for a review of the composition of the National Judicial Council (NJC) and the Federal Judicial Service Commission (FJSC).

He said: “My sincere position is that with what we have been experiencing in recent years, their compositions should be completely rejigged, readjusted, retooled, recast and overhauled, to bring in independent people to perform the functions now vested in the two bodies, regarding recruitment, appointment, discipline and welfare of judges and judicial officers. This is what operates in other climes.”

Olanipekun stated this in a paper, titled: The Allegation of Corruption in the Legal Profession: Who is to Blame? which he delivered at the 2022 annual Alao Aka-Bashorun Memorial Lecture organised by the Nigerian Bar Association (NBA), Ikeja Branch, at Marriot Hotel, GRA, Ikeja.

The eminent lawyer spoke against the backdrop of the May 3 valedictory speech of a recently retired Justice of the Supreme Court, Justice Ejembi Eko, who suggested that budgetary allocations to the Judiciary be subjected to investigation by anti-graft agencies.

Olanipekun described the alleged corruption at the apex court as “topical and unprecedented legal conundrum which has to be nipped in the bud”.

He urged stakeholders in the nation’s Judiciary to save the arm of government from within.

He regretted that some justices of the apex court have failed in the description of the character of an upright Judge.

“When you take oath as a Judge, it is not a game. If you can’t do it, leave it,” Candide-Johnson added.

He stressed the need for the disciplinary committee of the NBA to sanction members as appropriate.

A former Lagos State Commissioner for Environment, Dr. Muiz Banire (SAN), remarked that lawyers cause the problems in the Judiciary.

“If we don’t regulate ourselves now, it will give room for external body to regulate us,” he said.

Women who blazed the Legal Trail in Nigeria

Justice Iyizoba Calls on Government to Preserve Integrity of Judiciary