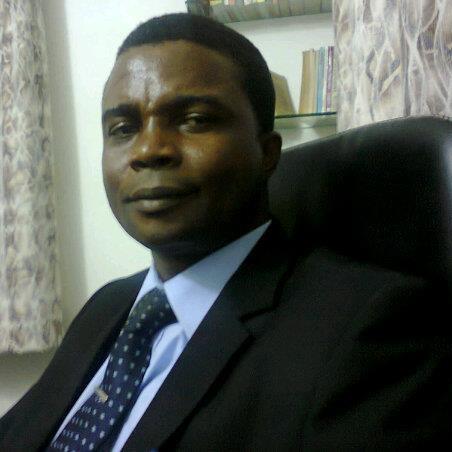 Former Secretary of the NBA Constitution Review Committee, Mr. Olasupo Ojo has faulted the Electoral Committee of the Nigerian Bar Association (ECNBA) over its recently released Preliminary Notice of Election.

The activist also demanded an amendment of the notice to reflect “micro zoning” of offices to geopolitical blocs.

In a letter to ECNBA, Ojo asked the ECNBA “to urgently fully give effect to the provisions of the NBA Constitution (including the binding micro zoning provisions) and administer the applicable rules fairly and firmly in line with the Commitment of the Committee as restated in your letter dated 1st February, 2022 to me.”

Meanwhile, the ECNBA Chairman, Mr. Richard Akintunde SAN stated that the committee is already in receipt of the complaint, adding that it would respond “as soon as possible.”

According to Ojo, the Electoral Reform and Audit Committee “had recommended that the micro zoning provision in the NBA Constitution should be strictly adhered to in order to ensure that no group and/or section in a geographical zone is marginalized and the unity of the bar is preserved.”

He stated that “This recommendation was approved, adopted and endorsed by the National Executive Council as reflected in the communiqué issued by the President and General Secretary of the Association on 18th March, 2021.There was no contrary decision and/or resolution reached at the 2021 Annual General Meeting in Port-Harcourt on this adopted recommendation.”

He argued that while the different sections/groups that make up each geographical zone are the geopolitical zones/blocs, “the legitimate expectation from the ECNBA was for the preliminary notice of election to specifically indicate the particular sections/groups in the zones and the component states for each of the zoned positions.”

Ojo stated that he was “taken aback when I read the preliminary notice of election which did not specify the sections/groups and the component states in line with the mandatory micro zoning provision of the NBA Constitution. For the sake of emphasis, I hereby reproduce the provision of paragraph 4 of Part IV of the second schedule to the NBA Constitution thus: “Where a position is zoned to any particular geographical zone, the position shall be rotated and held in turn by the different groups and/or sections in the geographical zone.”

“There is no doubt that the office of the President, Second Vice President and General Secretary are zoned to the Northern, Eastern and Western Zones respectively. All that it left to be done is the reflection of the specific groups and/or sections within each of the Zones that should contest and hold the zoned officers in line with the micro zoning arrangement. This has not been done up till this moment although the guidelines are yet to be released.”

Berating the association for allegedly side-stepping its rules, Ojo said: “The NBA, as a professional body of lawyers, cannot continue to break its own rules and/or disregard the rule of law. You may recall that I had earlier instituted an action in Suit No FHC/CS/545/2016 (Olasupo Ojo v. Registered Trustees of Nigerian Bar Association) before the Federal High Court against the NBA Trustees in 2016 which was decided in my favour. The said Judgment invalidated the 2015 NBA Constitution under which the then NBA national leadership assumed office. Unfortunately, the Judgment of the Court was swept under the carpet and not complied with. It is that same invalidated Constitution that was amended in 2019 and further amended in 2021.”

The Bar Leader noted that he had also “objected to the registration of the NBA Constitution (as amended in 2021) by the Corporate Affairs Commission (CAC) in the manner in which it was presented by NBA on the ground that it was wrongly titled “NBA Constitution 2021” and contained sections 28 and 29 which purported to repeal the extant constitution all contrary to the resolution duly adopted and passed in 2021 at the Annual General Meeting in Port-Harcourt. CAC upheld my objection and following the success, the Constitution was corrected to properly read “The Constitution of the Nigerian Bar Association 2015 (as amended in 2021)” and the amendments were correctly reflected by the NBA as pointed out by me.”

His words: “As lawyers, we must always be seen to uphold the rule of law both in our words and actions. It is based on this same philosophy of upholding the rule of law that I deem it necessary to write to the ECNBA again in respect of the issues raised herein. I am finding it increasingly difficult to understand why an Association like NBA should find it difficult to obey its own rules. It is getting tiresome.”

Mazi Afam Osigwe Set to Challenge His Disqualification in Court