A Port Harcourt based lawyer, Wodo Godknows Aliegbulam has been declared wanted by the Nigeria Police Force for allegedly impersonating a Bar aspirant during the Bar Final Resit Examinations held last May.

Recall that the Council of Legal Education chaired by respected Chief Emeka Ngige (SAN) had dismissed Mrs. Precious Chika Nwachukwu and Mr. Gibson Uzodinma for allegedly facilitating the exchange of a student’s passport belonging to Wobo Prince Adele-Owhor to enable the embattled lawyer to sit for the examination for the Bar aspirant.

A public notice issued by the Police reads:  “This is to notify the public that the person whose picture is displayed above, Barr. Wodo Godknows Aliegbulam, a Port-Harcourt based Legal Practitioner is declared wanted by the Nigeria Police Force for the offence of Joint Act and cheating by personation (sic) committed during the Bar Part II Resit Examinations held from 7th – 13th May, 2022.”

Wodo was said to have absconded from court on June 21, 2022, leading to the issuance of a bench warrant for his arrest by an FCT Magistrates Court. 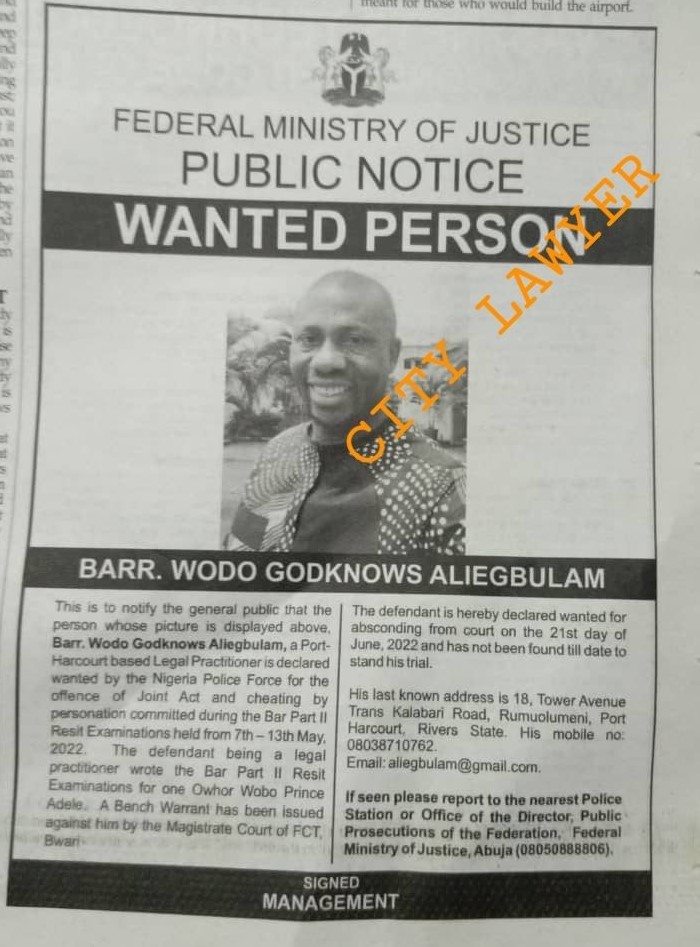