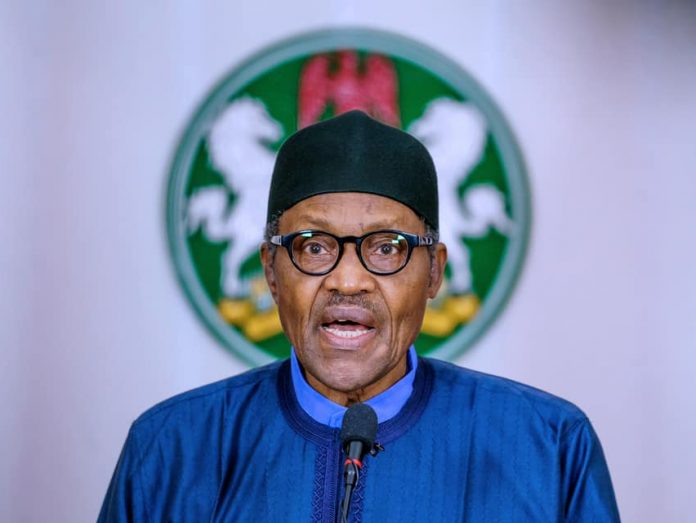 •New law, if signed, may only benefit 2027, off-season electoral processes for APC, PDP as other parties forge ahead

President Muhammadu Buhari has sent the new Electoral Act Amendment Bill to the Office of the Attorney General of the Federation (AGF) and Minister of Justice, and the Independent National Electoral Commission (INEC) for legal advice, THISDAY has learnt.

The president’s decision not to be in a hurry to sign the bill, it was learnt, was to avoid a repeat of the mistake made by members of the National Assembly, who in their effort to punish political appointees, forgot to include themselves as delegates.

THISDAY’s investigation revealed that the new law, if signed, would only benefit the 2027 general election and off-season elections for the All Progressives Congress (APC) and the Peoples Democratic Party (PDP).
A Presidency source, who confirmed this development last night, further disclosed that the president would await legal advice before signing the bill as recently amended by the National Assembly.

However, the PDP yesterday confirmed that the super delegates or statutory delegates would not vote at the state Houses of Assembly and House of Representatives’ primaries of the party scheduled to take place today (Sunday) as they were not elected as delegates.

Following the failure of the National Assembly to recognise themselves, the president, vice president, governors and other elected government officials as statutory delegates in the Electoral Act 2022, the Senate and the House of Representatives had penultimate week passed the amendment to the Act to recognise statutory delegates as voters during primaries, congresses and conventions of all the political parties.

The new Section 84(8) introduced in the Act recognises only democratically elected delegates.
It states: “A political party that adopts the system of indirect primaries for the choice of its candidate shall clearly outline in its constitution and rules the procedure for the democratic election of delegates to vote at the convention, congress or meeting.”

President Buhari, who returned from the United Arab Emirates (UAE) yesterday, had come under intense pressure to sign the fresh amendment bill to the Electoral Act 2022, to ensure that himself, Vice President Yemi Osinbajo, members of the National Assembly, governors, their deputies and other statutory delegates of political parties can vote in the parties’ primaries.

But the Presidency source told THISDAY that Buhari was not in a hurry to sign the bill to avoid the repeat of the previous mistake made by the National Assembly.

“When the president receives every bill, he seeks the advice of all relevant agencies. In this case, he has sent the bill to the AGF and INEC for advice. So, he is not in a hurry to sign it. That was how the National Assembly was in a hurry and so busy punishing political appointees that they forgot to include themselves as delegates. Whenever he signs it, it takes effect for subsequent elections,” the source explained.

The source wondered why the signing of the bill should become a major issue when the political parties have other options to conduct their primaries.

“They have three options – direct, indirect and consensus. In the case of indirect primary, they have already provided for the use of elected delegates and there is nothing wrong with that. In PDP, they have elected three ad hoc delegates – one national delegate and two others. In APC, there are five delegates. Other political parties have their own provisions. So, the political parties already have delegates that will vote in their primaries,” the source added.

With the president’s hesitant to sign the amendment, it means only national delegates elected at the local government congresses will determine presidential flagbearers of the party.

The ad hoc delegates were elected in line with the provisions of Section 84 (8) of the Amended Electoral Act 2022.
Section 82(3) of the Electoral Act, 2022 makes it mandatory that the primaries must be conducted democratically.

By Article 4.5 of the INEC’s Regulations and Guidelines for the Conduct of Political Party Primaries, a political party that adopts the indirect primary mode shall make available to the commission, not later than seven days to the date of the primary, the list of persons that will form the delegates that are eligible to vote for the nomination of the party’s candidates to contest every eligible position.

According to the guidelines, the list of delegates shall be accompanied by the list of aspirants and the list of the party’s electoral panel conducting the primary.

With the commencement of primaries this week, it is already late for the amended Act to be used for the election of parties’ candidates for the 2023 general election.

The main opposition party confirmed this in a statement issued yesterday titled: “Use of elected delegates for the primaries and national convention,” by its National Organising Secretary, Mr. Umar Bature.

“By Section 84(8) of the Electoral Act, 2022, delegates to vote at the indirect primaries and National Convention of political parties to elect candidates for elections shall be those democratically elected for that purpose only.

“Consequently, those qualified and eligible to vote as delegates in the forthcoming primaries and National Convention of our great party, the PDP are the three ad hoc delegates per ward, elected at the ward congresses, and one national delegate per local government, elected at the Local Government Area Congresses.

“Furthermore, the NWC wishes to inform our party members that the state Houses of Assembly primaries to elect our state Houses of Assembly candidates, earlier scheduled for Saturday, May 21, 2022, will now hold on Sunday, May 22, 2022, from 8:00 am to 12 noon; while the House of Representatives primaries to elect our House of Representatives candidates will also hold on Sunday, May 22, 2022, from 2:00 pm.

ALSO READ   Nigerian Judiciary And The Burden Of Justice

By implications, only 326,081 delegates elected in 28 states and FCT during the three-man delegate elections will vote across 36 states to elect governorship, and members of House of Representatives candidates will vote as from today.

There are 8,813 wards in Nigeria multiplied by 28 states where the governorship elections will take place.
Similarly, only 810 delegates elected in the 774 local government areas and area councils of the FCT in the one-man delegate election will decide the PDP presidential flag bearer.

This has led to calls to shift the primaries to enable President Buhari to sign into law the amendment to section 84 (8) of the Electoral Act.

For instance, speaking at the Round table conference of the Abuja School of Politics and Social Thoughts, Professor Sam Amadi, who was the former Chairman of the National Electricity Regulatory Commission (NERC), Prof. Udenta Udenta and Kelechi Azubuike accused the members of the National Assembly of cutting their face to spite the nose.

The trio of Sam Amadi, Udenta Udenta, and Kelechi Azubuike said that by the old Section 84 (8) waiting to be signed into law, the federal makers cannot even vote at the congresses and presidential primaries because they were not specifically elected for that purpose.
To salvage the situation, they appealed to INEC to extend the datelines for the political parties to elect their flag bearers.

They also appealed to INEC to alternately issue a guideline as a regulator to guide the political parties on the issue of section 84 (8).

However, Civil Society Groups on electoral matters yesterday rejected the demand for an extension of the timetable and schedule of elections so far released by the INEC as requested by the 18 political parties, stating that to do so would pose danger to the electoral processes.
Several CSOs, in a statement, commended INEC for rejecting the IPAC request for extension.

Mrs. Adesomoju Appointed as New Director, Office of the Public...