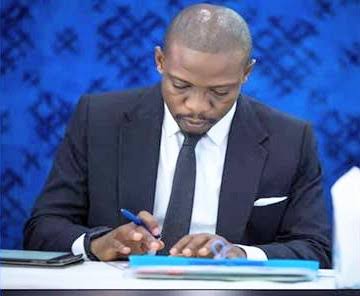 My article titled ‘Courts can now call oral evidence in fundamental rights cases…’ happily generated a lot of published (especially on social media) and unpublished comments, reviews, and rejoinders from especially (senior) erudite lawyers to whom I am very grateful for their varied interventions.

The phone call I received from a Senior Advocate of Nigeria on the same article in the early hours of Saturday 12, March 2021 on the necessity to further interrogate certain issues generated by the article has therefore necessitated this right of reply. I will therefore respectfully express my opinion on some of the few questions as follows:

Did Falobi v Falobi settle the issue?
Many commentators have understandably taken umbrage at my preferred title for the article because, in their words, the Supreme Court has decided the issue of calling oral evidence to resolve conflict in affidavit evidence in Falobi v Falobi (1976) LPLER – 1236(SC).

However, we must note that Falobi’s decision is a matrimonial cause which was not fought on affidavit evidence unlike fundamental rights cases even though the interlocutory motion that led to the appeal was argued on affidavit evidence. What is more is that, both matrimonial causes and fundamental rights cases are sui generis matters regulated by their separate rules. In Interdrill Nigeria Ltd v U.B.A Plc (2017) 13 NWLR (Pt. 1581) 52 @ 66 para B, Nweze, JSC admonished that:

“This court has, often, admonished, cases are only authorities for what they actually decided in the context of the prevailing facts.”

Unlike the decision in my appeal, Falobi’s case was not decided on facts bordering on fundamental rights infringement and it is my respectful opinion that such an authority does not give a carte blanche to all causes of action not the least, fundamental rights actions which are not even ordinarily subject to the rules of court. See Skye Bank Plc v Emerson Njoku & Ors (2016) LPELR – 40447 (CA) where the Court of Appeal reiterated that:

ALSO READ   #BBN: Lawyers in the House - Ethical Concern for the Legal Profession?

Is the decision novel?

At the time of writing my first article, the position of law I was aware of, was that, oral evidence are not taken in fundamental rights matters. The position was handed down by the Court of Appeal in Afribank Plc v Mufutau Adigun (2009) 11 NWLR (Pt. 1152) 345 (per Ogunwunmiju, JCA (as she then was) and Fidelity Bank v Olanrewaju (2019) LPELR -51529(CA) which decision was graciously brough to my attention by the erudite Folabi Kuti, SAN.

Many commentators have also opined that, there is nothing novel about calling oral evidence to resolve conflicts in affidavits. I respectfully agree with them only to the extent that such position is only applicable to general civil causes. The fine distinction between fundamental rights cases and other kinds of matters makes such decision a novel one. This, I argue because no one has been able to point my attention to any other decision (on fundamental rights enforcement) that specifically contradicts the decisions in Afribank and Fidelity Bank’s cases apart from the new Court of Appeal’s decision in Olumide Babalola v Emerging Market and other.

Let us even assume for a second that there is/are one or two decisions directly on the issue, it still does not make it trite if the meaning of the word is anything to go by. So, in the absence of other decisions that allow oral evidence in fundamental rights decisions, I still respectfully maintain that this new decision is novel, in its own right.

What about the Supreme Court’s decision in Grace Jack v University of Maiduguri?

In one of my interactions on the WhatsApp platform of the Employment Law Lawyers Association of Nigeria (ELLAN), my attention was led to the Supreme Court’s decision in Grace Jack v University of Maiduguri (2004) LPELR – 1587(SC) – a fundamental rights appeal where the apex court emphatically held that:

Admittedly, at the time of writing my first article, it was unknown to me that, the Supreme Court had earlier laid a foundation for the decisions in Afribank and Fidelity Bank’s cases that oral evidence cannot be called in fundamental rights cases. This further confirms my assertion that the recent Court of Appeal position is rather new and ‘solitary’.

ALSO READ   The Banker and the Maiden: A True Story of Passion and Pain - by Onigegewura

Conclusion
Conclusively, assuming Falobi’s case applies to all matters in their general form, it is my respectful opinion that the specific decision in Grace Jack’s case will override same as far as fundamental rights enforcements are concerned.

Wondering Why Your Colleague is Known as the Legal Encyclopedia? Primsol...

Whether a Driver Can Be Held Liable for Passenger’s Failure to...